20 Places You Need to Go in 2020, According to Travel Experts

Where should you start the new decade? We've got the inside scoop on the far-flung and close-to-home hot spots to add to your travel wish list. 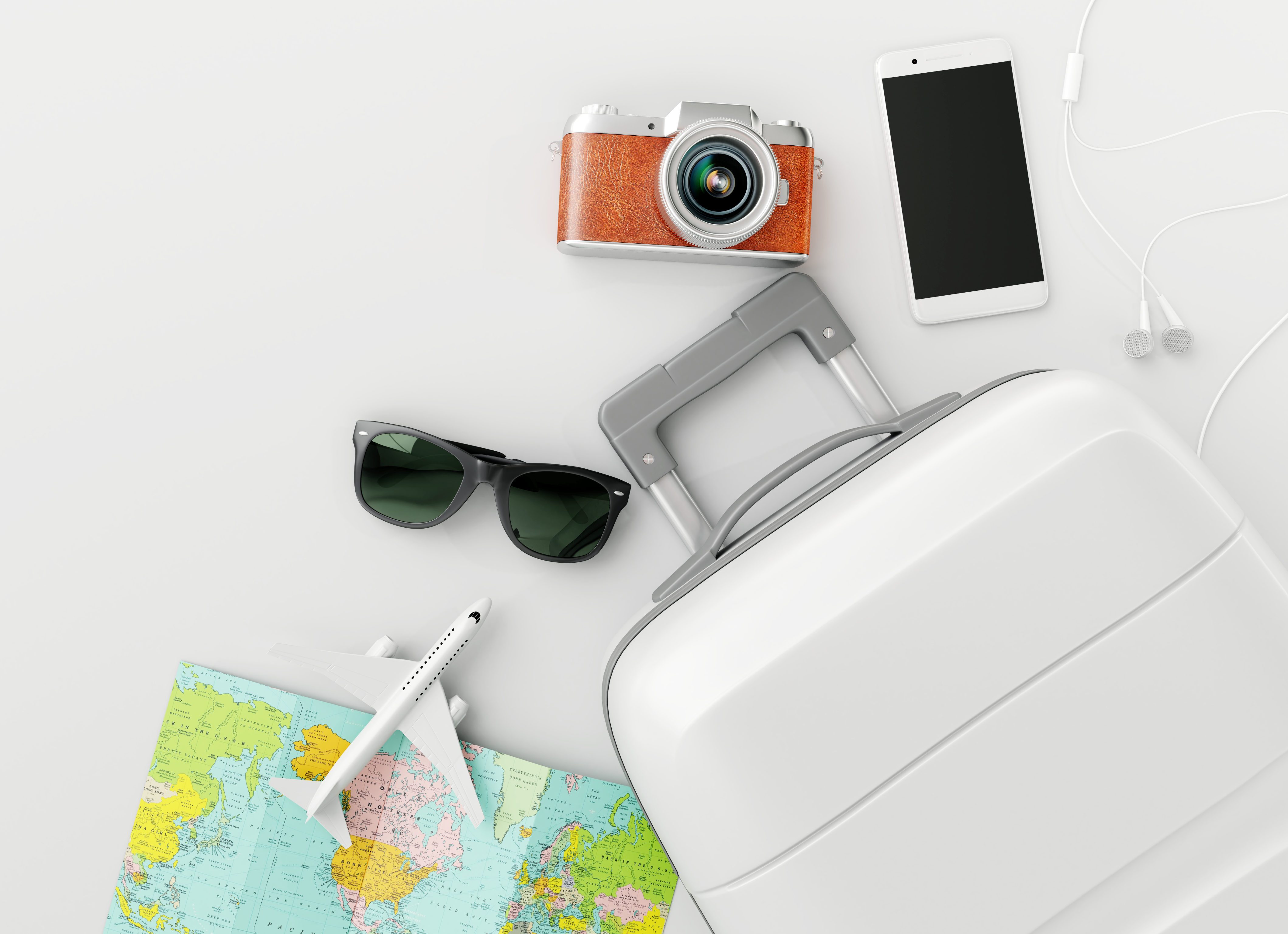 It's that time of the year—when everyone's feeling that itch to get out of their familiar surroundings and book a fabulous trip. Well, thanks to the savvy insider picks from our panel of travel experts, we're ready to get our motors running, take off, and set sail in 2020. From national treasures celebrating big anniversaries to Caribbean islands stronger than the storm, and from international go-to's to long-haul destinations worth the flight, these are the places you'll want to start off the new decade. But before you get going, make sure you know these 13 ways air travel will change in 2020. 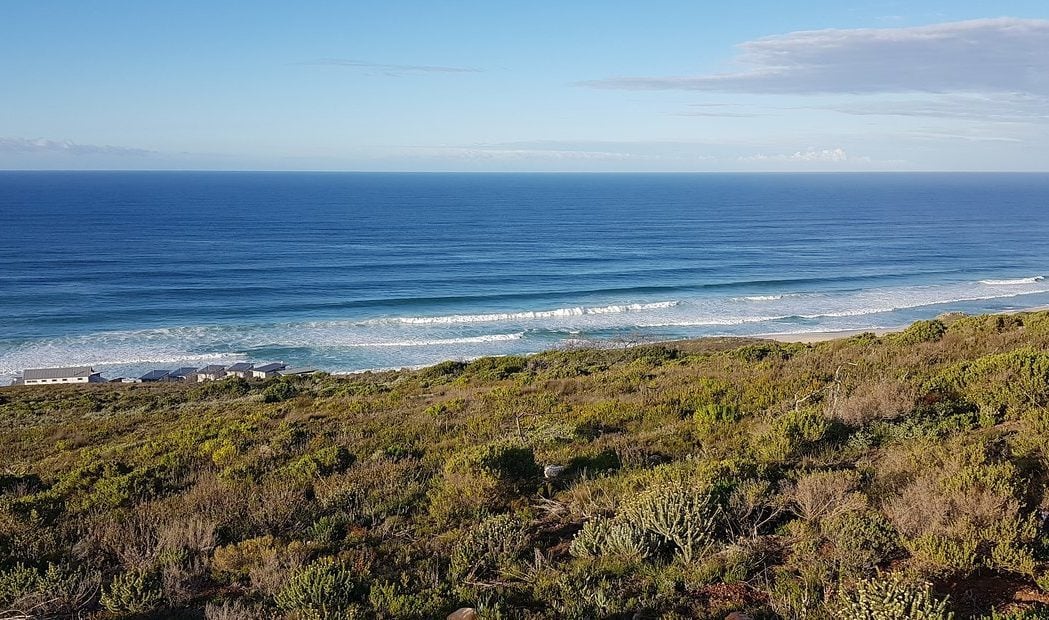 The first nonstop flights from Newark, New Jersey, to Cape Town are launching soon and will whisk passengers to South Africa in "just" 14.5 hours on United Airlines. "We've seen a 252 percent uptick in bookings to South Africa compared to last year," says Dan Yates, founder of Pitchup.com. It's one of his favorite countries, he says, because "you get multiple trips rolled into one fantastic destination: one of the world's most spectacular cities cradled beneath Table Mountain; the pristine beaches and vibrant nightlife of Camps Bay; the expansive horizons of the Garden Route; the marine 'big 5' and the game-reserve equivalent; and wallet-friendly gastronomy and wines of Stellenbosch and Franschhoek that rival the best of Europe and America."

To experience one of the most gorgeous coastal areas in Africa, head east from Cape Town to De Hoop Nature Reserve and Lekkerwater Beach Lodge, a pristine new marine property sure to be a highlight of 2020 travel. These are the other most popular travel destinations in Africa. 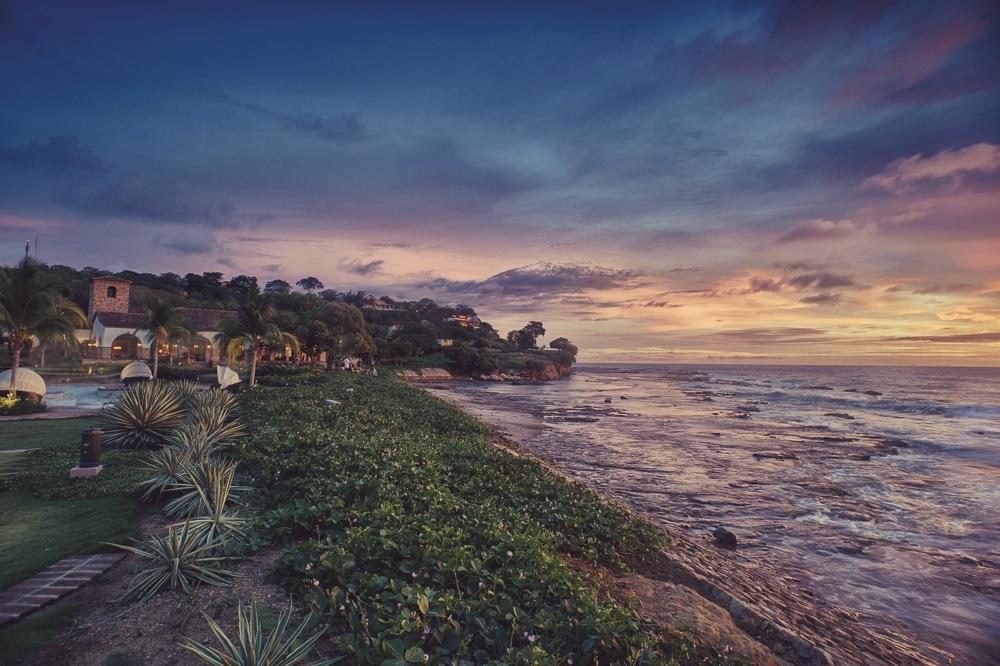 "Nicaragua is back on the tourism radar for 2020," says travel journalist Hillary Richard. "Civil unrest in Managua in recent years scared off the country's growing tourists, which led most of its hotels and inns to close. Now, they're reopening for 2020." Rancho Santana, on Nicaragua's famed Emerald Coast, never closed down, thanks to its integration with local communities. In fact, this luxury property doubled down on amenities: Its brand new holistic-focused spa will open to the public in early 2020. Here are 11 more of the most luxurious spas in the world. 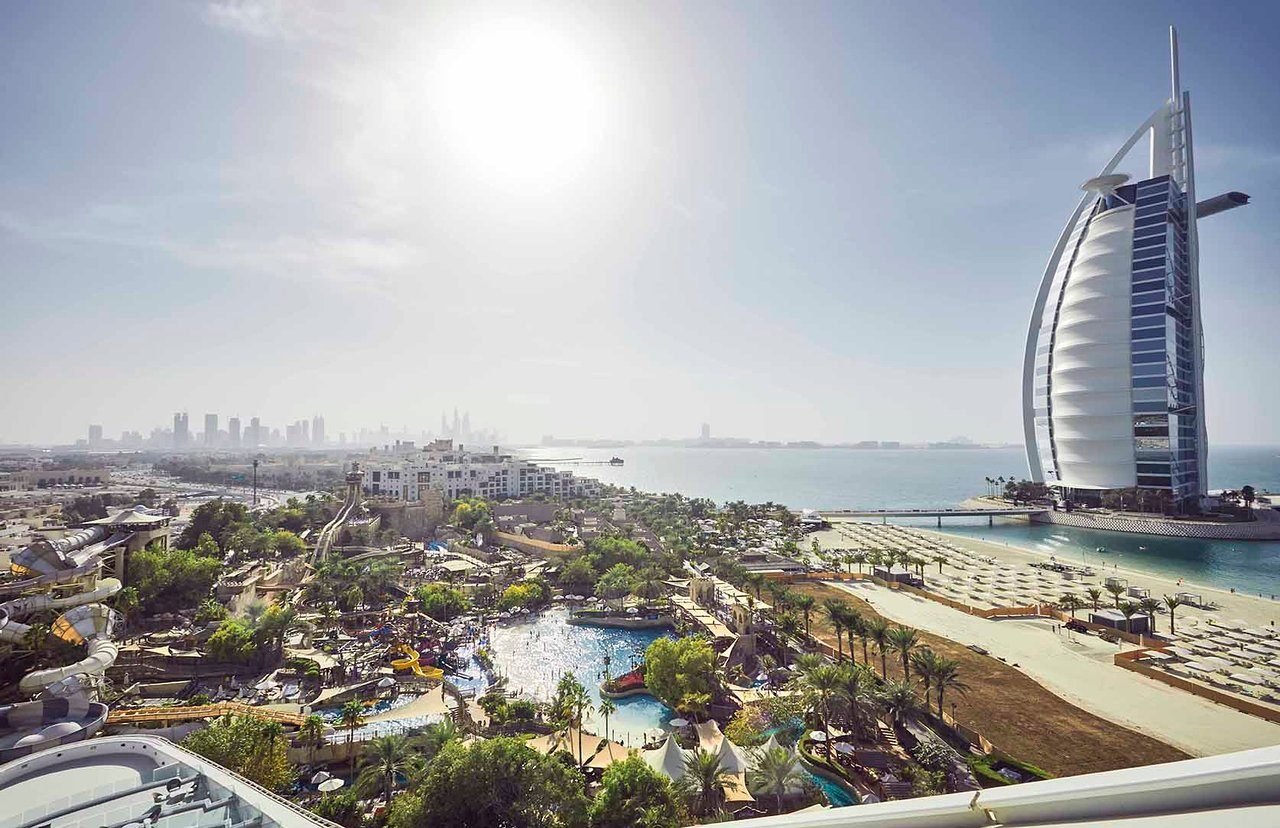 "Dubai is a city that almost has to be seen to be believed," says travel expert Lesley Chen. "It's a glitzy, shiny oasis in the Arabian desert, where nothing is done in moderation: Friday brunches are a must-do multi-hour affair, shopping is an extreme sport at both traditional souks and enormous malls, and dizzying views can be enjoyed atop the current tallest building in the world." If you can dream it, it probably already exists in Dubai. Nowhere else can you visit a palm tree-shaped island, hit the slopes at an indoor ski resort, and ride a camel in the desert...all in the same day. And now, says Chen, the city will be hosting the World Expo 2020, billed as "The World's Biggest Show," so there's no better time to experience this playground of unabashed extravagance, because in Dubai, you either go biggest or you go home. Dubai also happens to have one of the most beautiful underwater hotels in the world.

Speaker of bigger and better, plan a stay at the Jumeirah Mina A'Salam, where a showboat transports you around the resort's private waterways. It'll take you to the on-site waterpark, beach, shopping souk, or one of the dozen top-end restaurants within the Jumeirah complex. 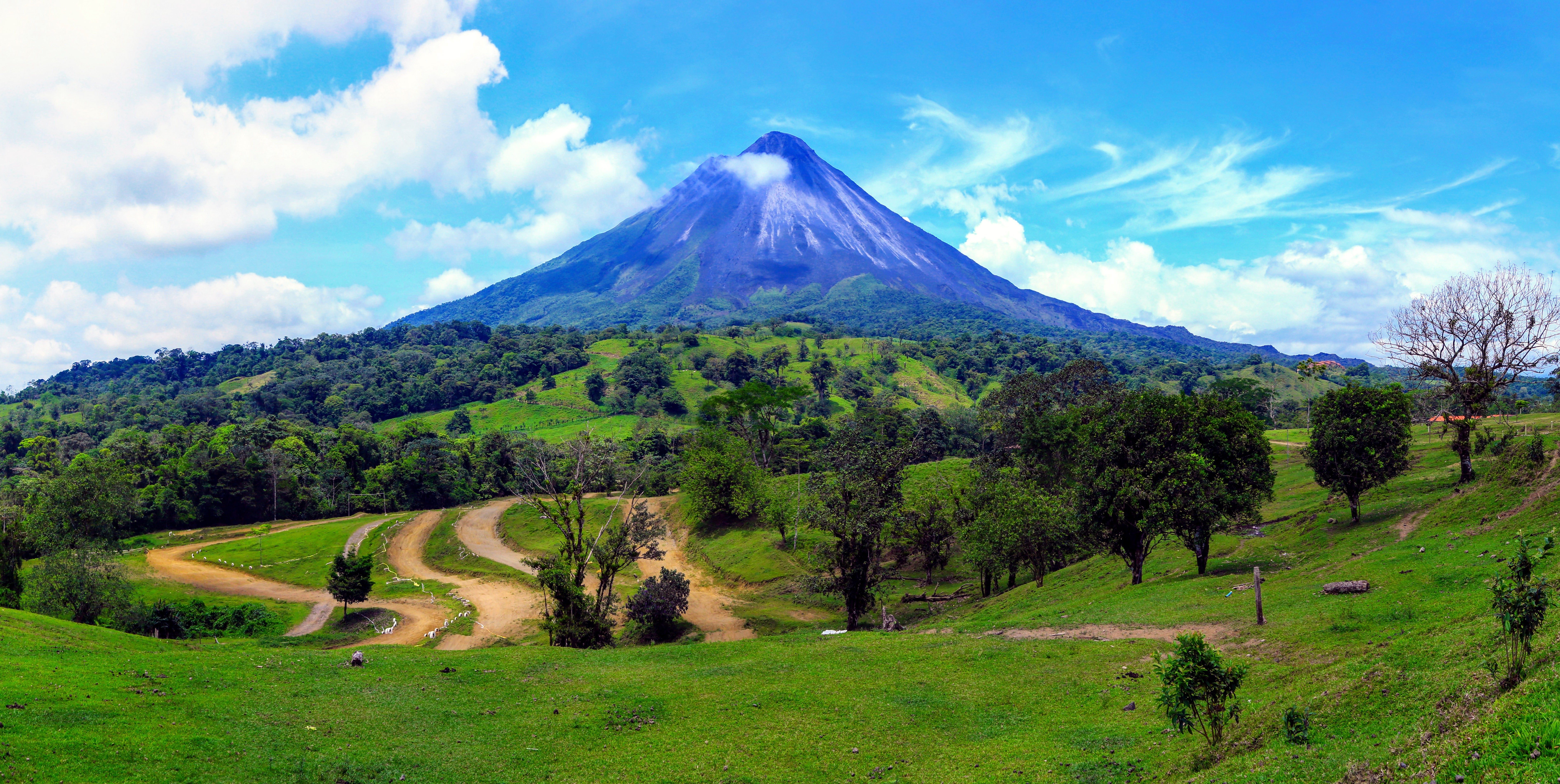 The tropical Central American country of Costa Rica is revving up with cultural and adventure activities in 2020. Some of the reasons to visit in the coming year: a new chocolate route along the Caribbean in Talamanca; a first-of-its-kind electrical car route in Monteverde, one of the most biodiverse regions on the planet and a world leader in nature conservation; plus a new cycling route that's set to open around the Arenal Volcano. And the popular outdoor glamping trend (luxurious, full-service camping) is coming to Costa Rica, too, with new properties in 2020, such as Nayara Tented Camp at Arenal. Don't miss these beaches around the world that are actually better in winter. (One of Costa Rica's is on the list!) 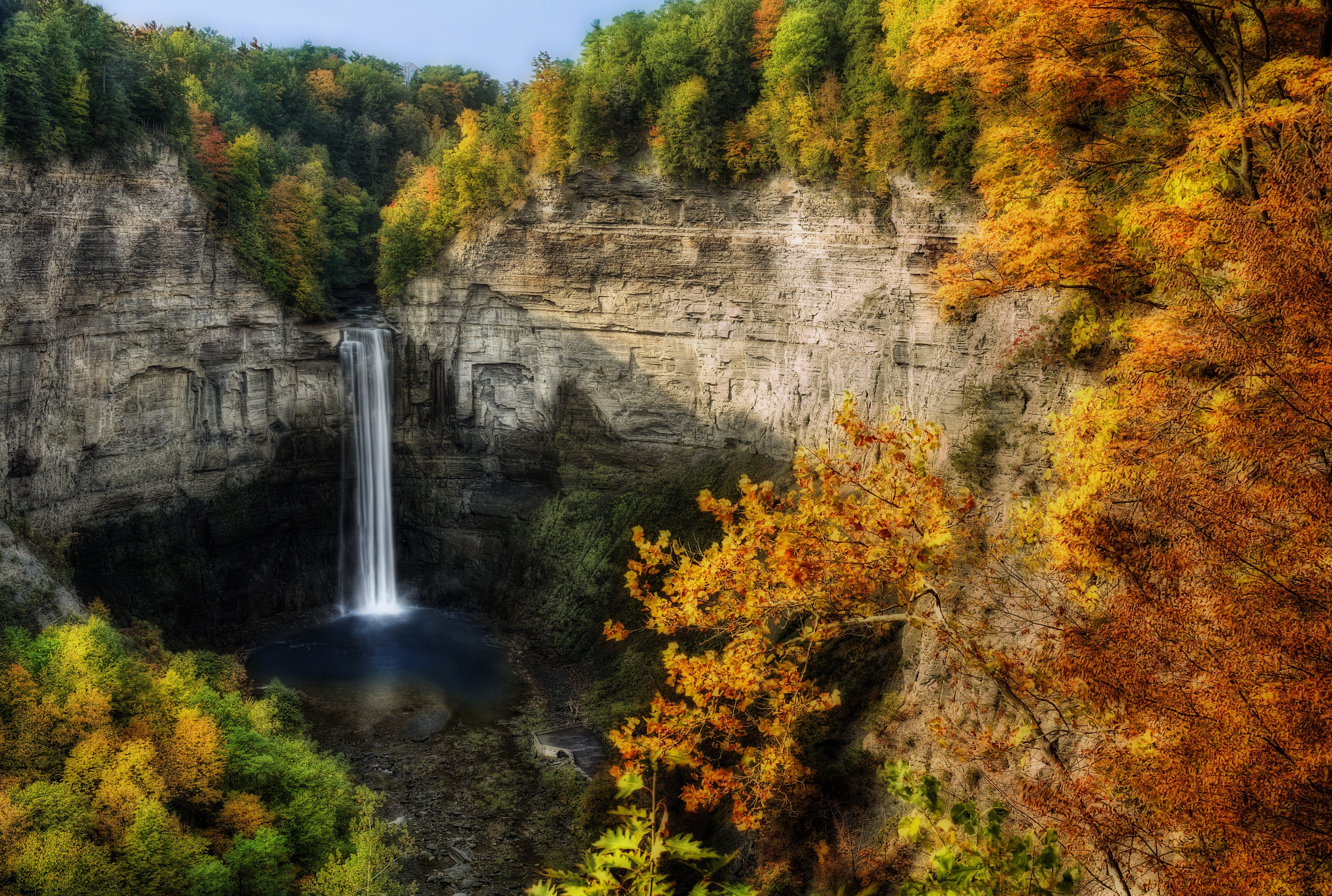 There's lots going on "upstate" in New York in 2020. In the Finger Lakes Regions, "2020 marks a monumental year for women," says Caleigh Alleyne of Travel + Design. It's the 100th anniversary of women gaining the right to vote through the 19th Amendment—one of the moments that changed women's history forever. "I can't think of a better place to celebrate this major step in U.S. history than where women's rights began: the Finger Lakes region in central New York," says Alleyne. The destination just launched its new, timely guide "100 Ways to Celebrate Women's Empowerment," which includes stops at the 1848 Women's Rights Convention in Seneca Falls and the Auburn home of Harriet Tubman that's now a national park.

"A quiet respite from the hustle and bustle of New York City, the once sleepy Hudson Valley is having a grand awakening with its rapid revitalization, luring in foodies and families alike for a quick day trip or a long weekend," says Masada Siegel, travel expert and founder of The Fun Girl Correspondent. Circle July 4, 2020, on your travel calendar: That's when the LEGOLAND New York Resort, just an hour north of Manhattan in Goshen, New York, will become the first theme park to grace the Northeast in more than four decades. 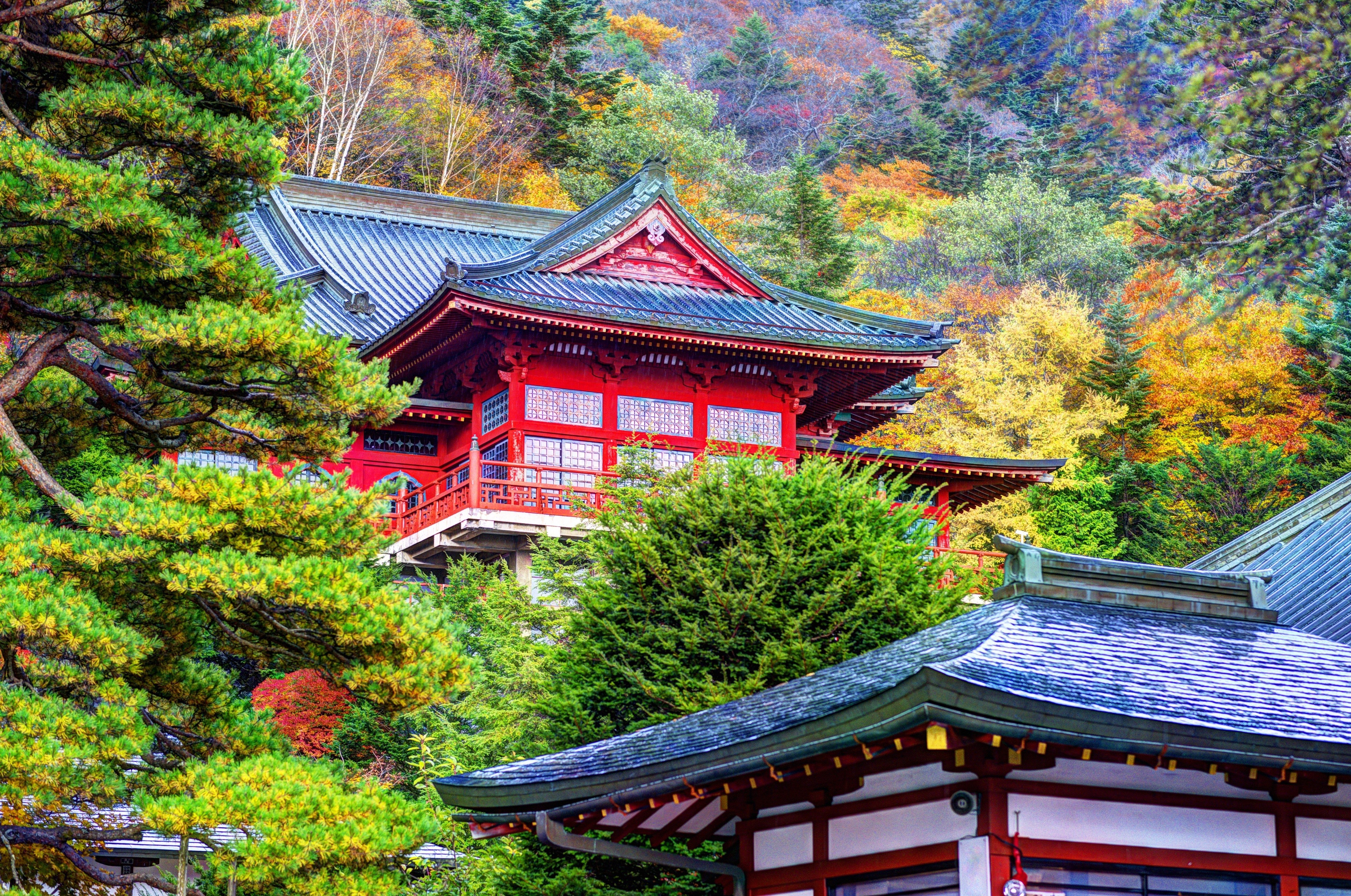 In 2020, all eyes will be on Japan, the location of the Summer Olympics. After soaking in all the excitement in the host city of Tokyo, make a beeline for the mountains to get a much-needed dose of tranquility, says Laura Begley Bloom, chief content officer at Family Traveller. The place to check out is Nikko, she says, which is a little less than two hours away via Tobu Railways and is known for its numerous Shinto shrines and Buddhist temples. Stay at a classic ryokan like the lakeside KAI Nikko, or check out the indoor and outdoor hot springs at the new Ritz-Carlton, Nikko, set to open in May, just in time to welcome Olympians in search of serenity. If you're thinking of traveling to Japan, don't miss these 10 under-the-radar hidden gems you can only see there. 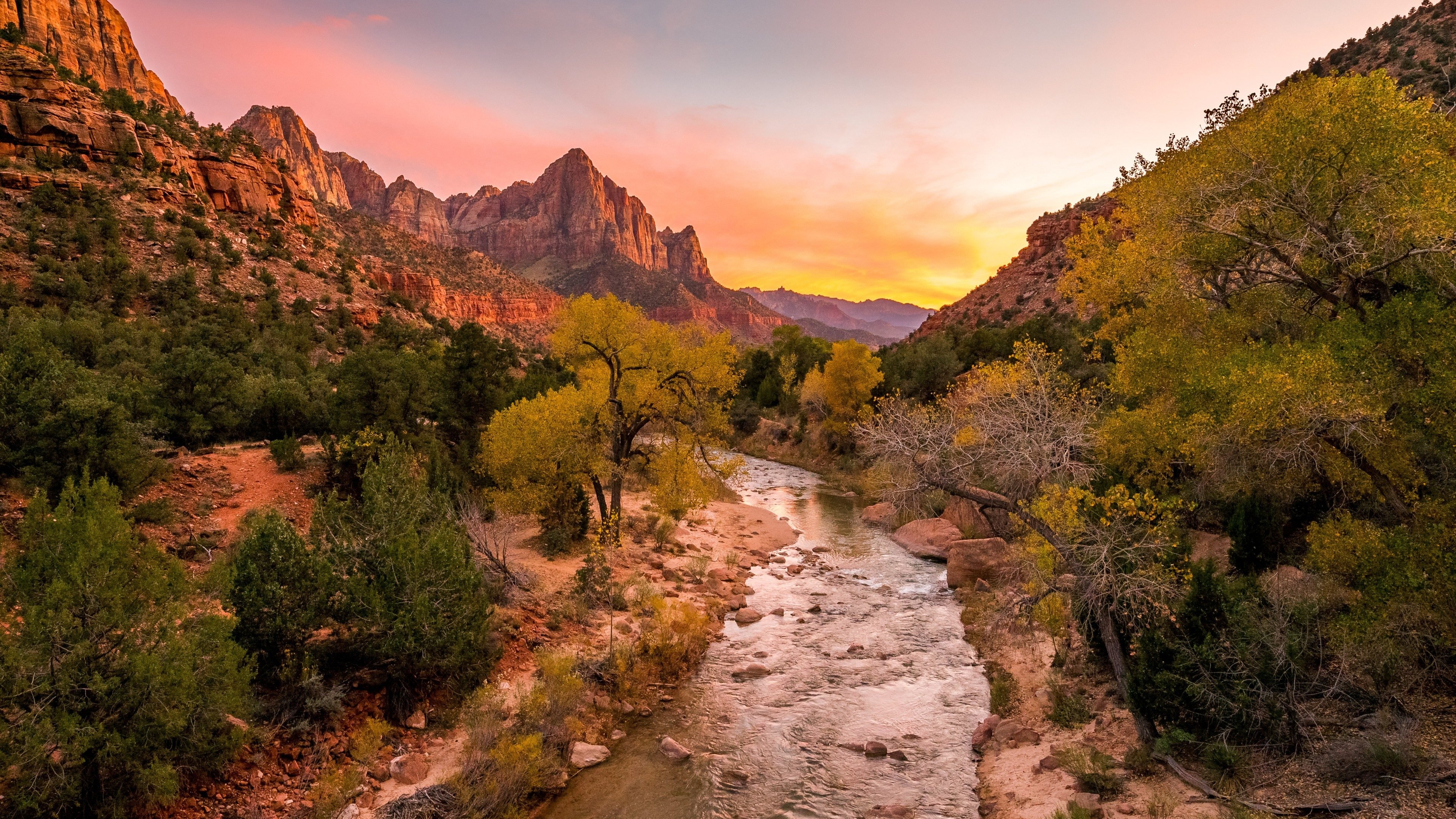 If you're not familiar with the Greater Zion region of southwest Utah, you're in for a great surprise, according to travel writer Gina Vercesi. This is one of the most beautiful corners of the southwest, comprising not only Zion National Park, but also Hurricane, Virgin, St. George, and Ivins. The area boasts year-round outdoor adventures including hiking, mountain biking, and even scuba diving in the desert. There are several highlights to plan your trip around, including celebrations of Zion's 100th birthday. Plan to stay at the area's first Autograph Collection hotel, The Advenire, in the heart of St. George. Come summer, the swanky African safari-style Open Sky glamping should be at the top of your list! If you're an adrenaline junkie, check out the 10 most extreme travel adventures in the world. 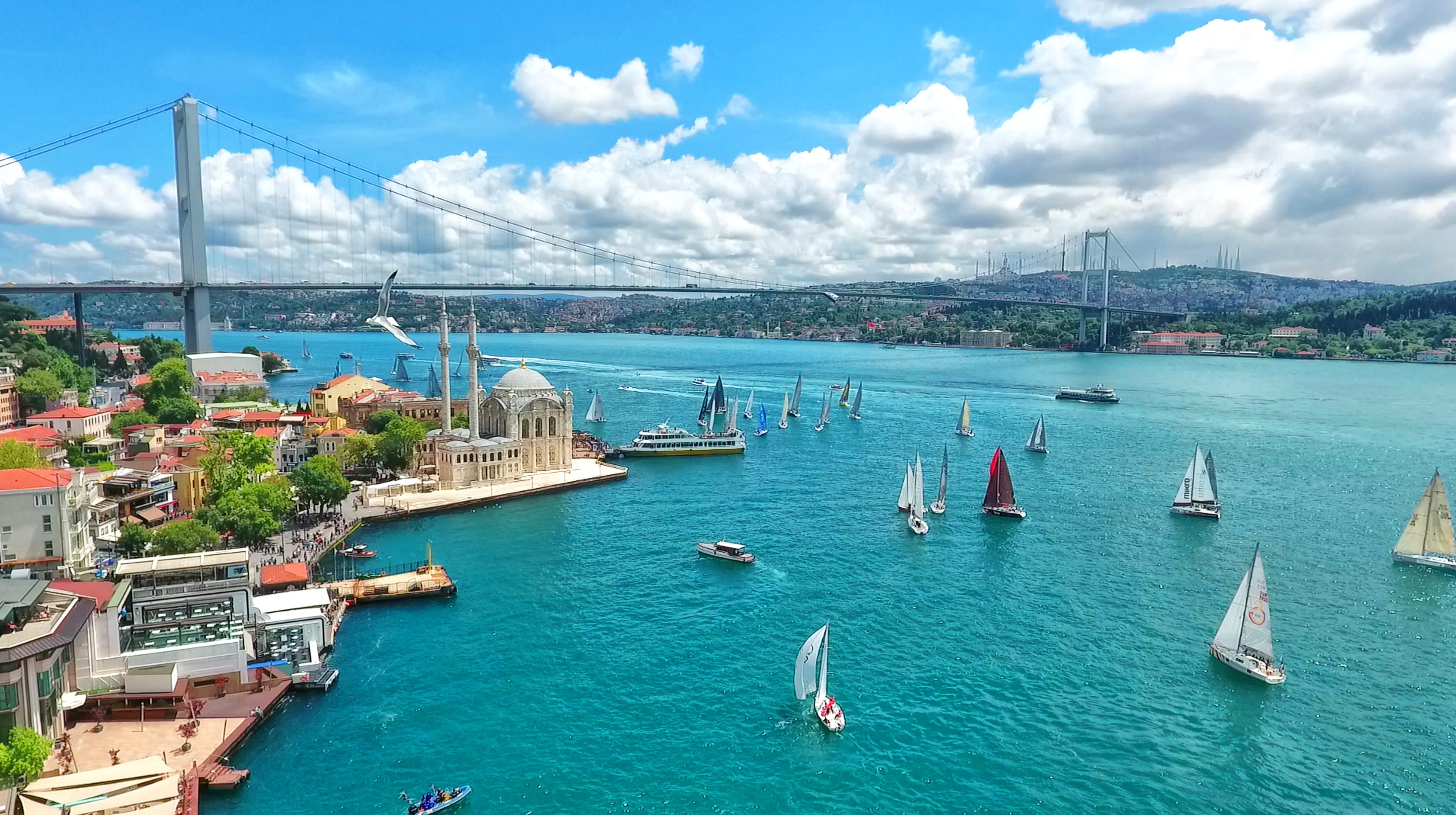 Despite political concerns, Turkey remains one of Intrepid Travel's fastest-growing destinations, with four new itineraries available in 2020 to meet demand. Travelers can island-hop on a coastal cruise, dive into the country's history with the Turkey Uncovered package, discover the hidden gems of Turkey's backroads, and double the adventure with the Turkey and Georgia tour. Reader's Digest Deputy Editor Aviva Patz recommends a visit to Istanbul and the Ciragan Palace Kempinski, a 5-star hotel that was once an actual Ottoman palace. It is located right on the shores of the Bosphorus and has spectacular panoramic views of the 15 July Martyrs Bridge and beyond. By the way, did you know that Istanbul is the only city in the world to straddle two continents? 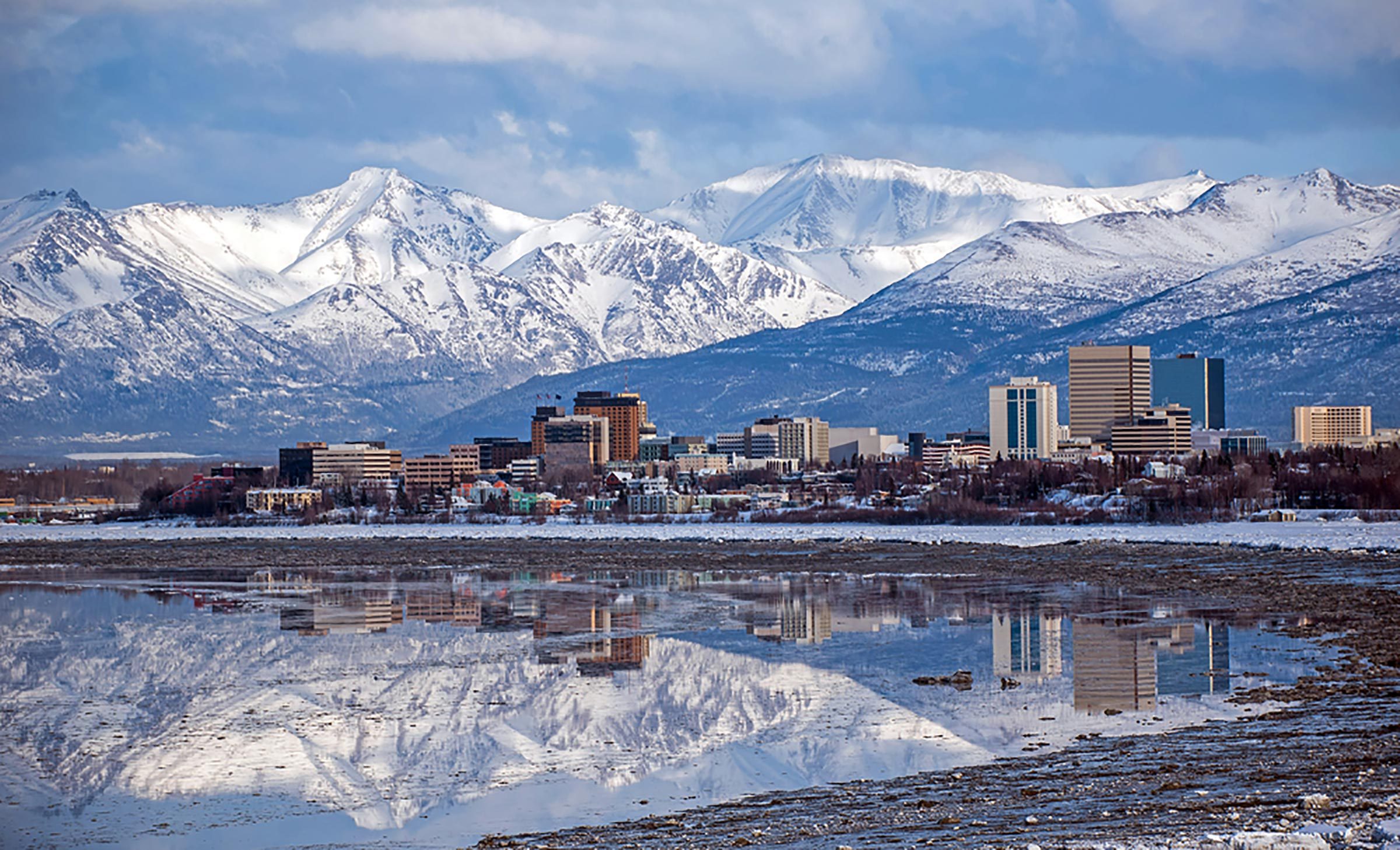 For luxury and adventure without a passport, there's nothing that compares to Alaska. Although the state is often called the last frontier, Anchorage is "one of the easiest places to access the wilderness and amenities visitors are looking for on their dream Alaska vacation," says Visit Anchorage President and CEO Julie Saupe. This is especially true for 2020 since United recently launched a new direct summer flight from Newark to Anchorage. Anchorage is also the jumping-off point for the rugged and beautiful wilderness and wildlife of Denali National Park. Sheldon Chalet, a new private getaway, is located on five private acres inside the park and offers adventure enthusiasts expedition-style glacier treks and skiing around the Nunatak.

We've also got our eye on Alyeska Resort, the state's premier ski resort just 45 minutes south of Anchorage, which is getting a full makeover for 2020. For something a little closer to home, try these ski resorts you'll definitely want to visit this year.