17 reasons it's a great time to be alive 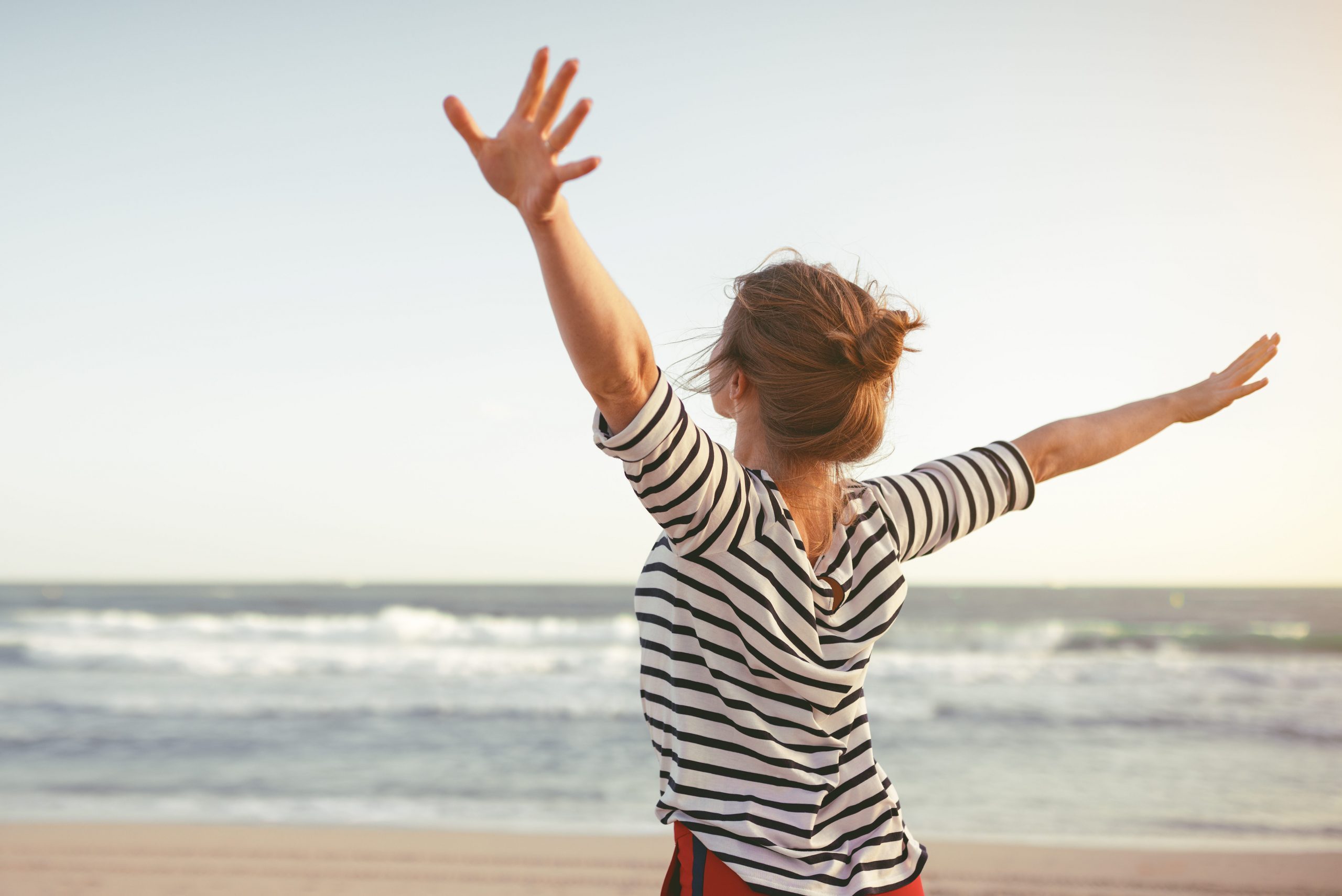 “The world has never been a better place to live in,” says science writer Matt Ridley, “and it will keep on getting better.” Today, in a world gripped by global economic crisis and afflicted with poverty, disease, and war, them’s fightin’ words in some quarters. Ridley’s critics have called him a “denialist” and “shameful” and have accused him of “playing fast and loose with the truth” for his views on climate change and the free market.

Yet Ridley, 54, author most recently of The Rational Optimist, sticks to his guns. “It is not insane to believe in a happy future for people and the planet,” he says. Ridley, who’s been a foreign correspondent, a zoologist, an economist, and a financier, brings a broad perspective to his sunny outlook. “People say I’m bonkers to claim the world will go on getting better, yet I can’t stop myself,” he says. Read on to see how Ridley makes his case. Brilliant or bonkers? You decide.

Compared with 50 years ago, when I was just four years old, the average human now earns nearly three times as much money (corrected for inflation), eats one third more calories, buries two thirds fewer children, and can expect to live one third longer. In fact, it’s hard to find any region of the world that’s worse off now than it was then, even though the global population has more than doubled over that period.

2. Urban living is a good thing

City dwellers take up less space, use less energy, and have less impact on natural ecosystems than country dwellers. The world’s cities now contain over half its people, but they occupy less than 3 percent of its land area. Urban growth may disgust environmentalists, but living in the country is not the best way to care for the earth. The best thing we can do for the planet is build more skyscrapers.

The rich get richer, but the poor do even better. Between 1980 and 2000, the poor doubled their consumption. The Chinese are ten times richer and live about 25 years longer than they did 50 years ago. Nigerians are twice as rich and live nine more years. The percentage of the world’s people living in absolute poverty has dropped by over half. The United Nations estimates that poverty was reduced more in the past 50 years than in the previous 500.

One reason we are richer, healthier, taller, cleverer, longer-lived, and freer than ever before is that the four most basic human needs—food, clothing, fuel, and shelter—have grown markedly cheaper. Take one example: In 1800, a candle providing one hour’s light cost six hours’ work. In the 1880s, the same light from a kerosene lamp took 15 minutes’ work to pay for. In 1950, it was eight seconds. Today, it’s half a second. In these terms, we are 43,200 times better off than in 1800.

5. The environment is better than you think

In the United States, rivers, lakes, seas, and air are getting cleaner all the time. A car today emits less pollution traveling at full speed than a parked car did from leaks in 1970. Even allowing for the many people who still live in abject poverty, our own generation has access to more calories, watts, horsepower, gigabytes, megahertz, square feet, air miles, food per acre, miles per gallon, and, of course, money than any who lived before us. This will continue as long as we use these things to make other things. The more we specialize and exchange, the better off we’ll be.

By 9 a.m., I have shaved with an American razor, eaten bread made with French wheat and spread with New Zealand butter and Spanish marmalade, brewed tea from Sri Lanka, dressed in clothes made from Indian cotton and Australian wool, put on shoes of Chinese leather and Malaysian rubber, and read a newspaper printed on Finnish paper with Chinese ink. I have consumed minuscule fractions of the productive labor of hundreds of people. This is the magic of trade and specialization. Self-sufficiency is poverty.

While world population has increased more than fourfold since 1900, other things have increased, too—the area of crops by 30 percent, harvests by 600 percent. At the same time, more than two billion acres of “secondary” tropical forest are now regrowing since farmers left them to head for cities, and it is already rich in biodiversity. In fact, I will make an outrageous prediction: The world will feed itself to a higher and higher standard throughout this century without plowing any new land.

Some people argue that in the past there was a simplicity, tranquillity, sociability, and spirituality that’s now been lost. This rose-tinted nostalgia is generally confined to the wealthy. It’s easier to wax elegiac for the life of a pioneer when you don’t have to use an outhouse. The biggest-ever experiment in back-to-the-land hippie lifestyle is now known as the Dark Ages. iStockphoto/Thinkstock10. Population growth is not a threat

Although the world population is growing, the rate of increase has been falling for 50 years. Across the globe, national birth rates are lower now than in 1960, and in the less developed world, the birth rate has approximately halved. This is happening despite people living longer and infant-mortality rates dropping. According to an estimate from the United Nations, population will start falling once it peaks at 9.2 billion in 2075—so there is every prospect of feeding the world forever. After all, there are already seven billion people on earth, and they are eating better and better every decade.

So by 1990, reserves should have been overdrawn by 50 billion barrels. Instead, they amounted to 900 billion—not counting tar sands and oil shale that between them contain about 20 times the proven reserves of Saudi Arabia. Oil, coal, and gas are finite, but they will last for decades, perhaps centuries, and people will find alternatives long before they run out.

12. We are the luckiest generation

This generation has experienced more peace, freedom, leisure time, education, medicine, and travel than any in history. Yet it laps up gloom at every opportunity. Consumers do not celebrate their wonderful field of choice and, according to psychologists, say they are “overwhelmed.” When I go to my local superstore, I do not see people driven to misery by the impossibility of choice. I see people choosing. iStockphoto/Thinkstock13. Storms are not getting worse

Not at all. While the climate warmed slightly last century, the incidence of hurricanes and cyclones fell. Since the 1920s, the global annual death rate from weather-related natural disasters (that is, the proportion of the world’s population killed rather than simply the overall number) has declined by a staggering 99 percent.

The killing power of hurricanes depends more on wealth than on wind speed. A big hurricane struck the well-prepared Yucatán in Mexico in 2007 and killed nobody. A similar storm struck impoverished Burma the next year and killed 200,000. The best defenses against disaster are prosperity and freedom.

15. We can solve all our problems

If you say the world will go on getting better, you are considered mad. If you say catastrophe is imminent, you may expect the Nobel Peace Prize. Bookshops groan with pessimism; airwaves are crammed with doom. I cannot recall a time when I was not being told by somebody that the world could survive only if it abandoned economic growth. But the world will not continue as it is. The human race has become a problem-solving machine: It solves those problems by changing its ways. The real danger comes from slowing change.

16. This depression is not depressing

The Great Depression of the 1930s was just a dip in the upward slope of human living standards. By 1939, even the worst-affected countries, America and Germany, were richer than they’d been in 1930. All sorts of new products and industries were born during the Depression. So growth will resume unless prevented by wrong policies. Someone, somewhere, is tweaking a piece of software, testing a new material, or transferring the gene that will make life easier or more fun.

For 200 years, pessimists have had all the headlines—even though optimists have far more often been right. There is immense vested interest in pessimism. No charity ever raised money by saying things are getting better. No journalist ever got the front page writing a story about how disaster was now less likely. Pressure groups and their customers in the media search even the most cheerful statistics for glimmers of doom. Don’t be browbeaten—dare to be an optimist!

For more on Ridley, visit rationaloptimist.com. 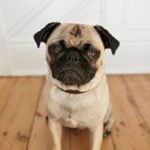 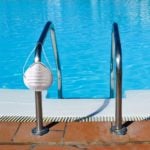 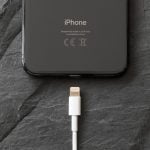