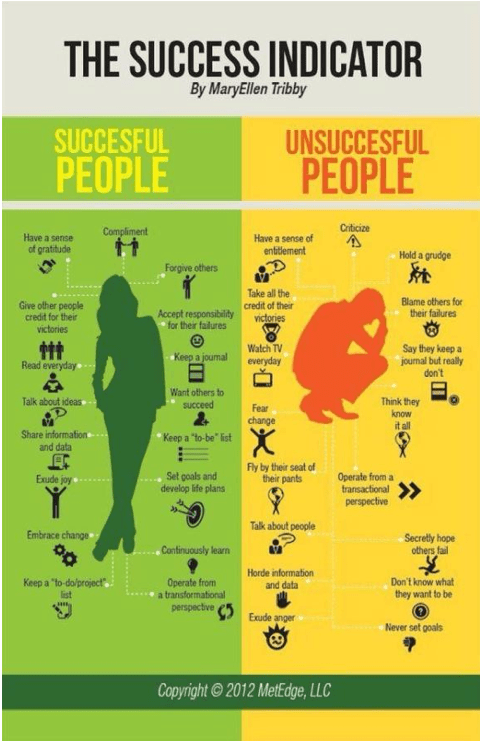 Want to come out ahead in 2013? According to the Forbes.com article, “Ten Resolutions the Most Successful People Make and Then Keep,” which is aimed at business goals but applicable for personal gain too, you should:

Anti-resolutions showed up on Inc.com, which among other ideas suggested you:

• Not make excuses
• Not cheat
• Not waste time

Speaking of time-wasters, several prominent people keyed in to turning the Internet off, or at least down. Harper Reed, the Obama campaign’s chief technology officer, recently walked away from information for about a week and concluded, among other things:

• “Taking time to do something slower than you normally would is a privilege that should not be ignored.”

But even before Reed went dark, many writers imposed social media breaks in 2012 and discovered:

How else to hit greatness in 2013? Celebrity trainer Harley Pasternak drafted fitness goals that work for a larger life, including:

• Believe in yourself
• Create a routine
• Focus on the process

American Express, which presumably knows a few things about doing well in business, detailed the 6 weird habits of successful people, which included:

• Think backward
• Cut corners
• Know when to quit
• Repeat yourself
• And say “no,” a lot

One blogger boiled down a resolution in a concise two words:

Which is easy enough to remember and more tricky to follow. His post also included the above infographic by MaryEllen Tribby, of workingmomsonly.com, who blogged about the chart she created over a year ago. There’s definitely overlap with many of the maxims above, but one more from her worth adding?

• Have a sense of gratitude. These awesome New Year’s Resolutions will keep you on track.

15 Cars That Owners Keep the Longest