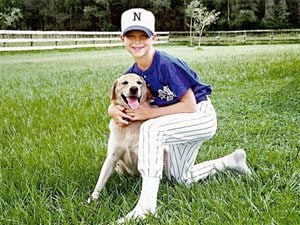 Courtesy Tim Tebow
For my birthday weekend the summer before my junior year in high school, I went with my brother Robby and my friend Kevin to Disney World. When we returned to our farm outside Jacksonville, something seemed different. My mom met us as we pulled up in front of the house.

“I haven’t seen Otis all weekend,” she said. She seemed pretty unsettled.

Otis (the “first greeter”) was always excited to see everyone on their arrival. Now Mom was telling us he’d been gone all weekend? It wasn’t completely out of the ordinary for him to take off for several hours but never several days, so we all headed out to find him.

I took off on foot, then decided that the car would be faster. I drove around the property, calling as loud as I could. I kept hoping Otis would come bounding and barking from behind a corner of somewhere.

I made another pass down the driveway, keeping my eyes on the underbrush. There it was—that golden head popping up in the brush. I slammed on the brakes, jumped out of the car, and ran toward him. 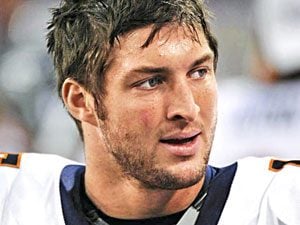 Hannah Foslein/Getty Images
Otis put his head back down. In the past, he would have come running to me. I reached him, afraid that he’d been bitten by a snake. He looked fine, and I slowly and gently lifted his head. I still didn’t see anything wrong, until he opened his mouth.

It was a bloody mess. His bottom jaw appeared to have been split down its full length, the two pieces hanging loosely. He was missing teeth, I would later learn, but I couldn’t tell at the time with all the damage and blood. I looked at his legs and realized that instead of being tucked under him as they should be, they were awkwardly splayed. Otis had been hurt bad, but I couldn’t figure out by what.

I gently but quickly scooped him up, put him on the seat of the car, and raced back to the house to tell the others so we could head to the vet. All the way there, I was getting angrier. It was becoming clear that Otis hadn’t been attacked by a “what” but by a “who.” It looked to me like he’d been struck repeatedly.

The vet agreed with my guess and suggested that this could have been the work of a baseball bat. “Tim, his injuries are too severe,” he said. Otis’s back, legs, and hips were severely damaged, and his jaw was radically fractured. Surgery would have been extensive and expensive, and there was no guarantee he’d survive. Plus, the lengthy rehabilitation might prove to be more than he could take.

So we brought Otis home to die and laid him carefully on his bed.

So every day, I carefully lifted Otis and carried him to our swimming pool. I gently submerged him on my lap up to his shoulders, and we rested together in the pool for a while.

After I’d been doing that for a couple of weeks, I began gently moving his back legs and watching his reaction. We took it slowly and increased his range of motion over time to help his muscles regain some tone and strength. He didn’t seem to want to move them on his own, but he let me move them for him. Over time, I started moving my hand out from under his back legs, which would force him to paddle a bit to feel like he was staying afloat. I never took my hand off his chest and never made him paddle much. Just long enough so he could take a few strokes and regain some confidence and strength.

It was hard to look at Otis without feeling how painful the attack must have been and how much he still must have hurt.

Thankfully, he continued to get better, and over the next few months, with the regular pool workouts and lots of milk shakes—he loved vanilla—he regained the ability to walk, albeit with a noticeable limp. He never ran again, but after an initial period where he seemed ashamed or worried that he’d done something wrong—which made me upset at the physical injuries he’d suffered—he settled back into being himself. He was a bit frail, but he was our Otis, no less, the one we always knew and loved.

Otis lived to be 13 and died when Tebow was away playing college football. Today, the Jets quarterback owns a Rhodesian ridgeback named Bronx.