It may not always be rainbows and butterflies, but having a sister is seriously the best! 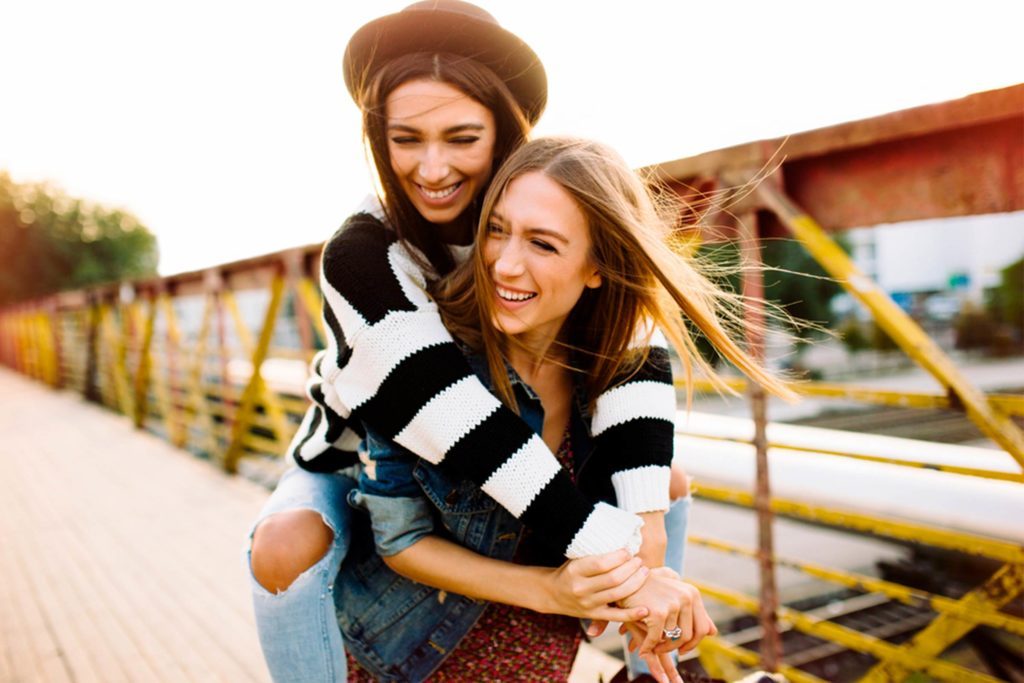 There’s no bond quite like the one between sisters. You might be fighting one minute and planning a girls’ weekend the next. Whether they are older or younger than you, sisters can teach you a lot of valuable lessons. They’re by your side throughout those awkward years and offer a breath of fresh air while you’re still figuring out how to be an adult.

Sure, they may be a pain every once in a while, but they’re still the first best friend you ever had. That’s why these tweets are all too relatable. Also, on your next sister night, don’t forget to watch these heartwarming movies about sisters, because we know how much you really appreciate each other. Let’s hear it for sisters!

She always steals your things without asking…

"That's my scrunchie"
"Those are my sandals"
"Well too bad I'm wearing them"#growingupwithasister pic.twitter.com/tPkp8O4FeM

And you hate her for it, but also know that deep down you still love her.

#growingupwithasister not knowing if you hate her or love her

The thought of her getting mad at you is terrifying.

You know that you look alike, but for some reason can’t see the resemblance at all.

Every single teacher I have ever had refers to me as "canda-sorry, Morgan" #growingupwithasister

She needs to constantly reassure you of her love.

You love how quickly you can go back to being friends.

has a violent argument about sharing clothes

You can’t help but roll your eyes every time you get mistaken for the little sister.

#growingupwithasister everyone thinks I'm the older one but I'm not lol

You make the meanest threat to each other. If someone overheard they might call the police.

#growingupwithasister
"I will throw you down the stairs"
"do you want to be punched in the face?"
"I will rip your hair out"

But it’s OK because you’ll always be BFFs.

#growingupwithasister she may hurt you at times, and irritate you but she will always be your best friend.

You have no problem getting in trouble with each other, but not when mom gets involved.

My sister slapped me so hard & she started fake crying so she wouldn't get in trouble. My mom believed it. #growingupwithasister

You leave little love notes for her.

We don’t look alike! Stop saying that! Her hair is way darker.

#growingupwithasister "omg are you guys like twins!?!" "No I'm three years older but whatever"

You basically have two names and have learned to be okay with that.

Is it sad the have the first like on your picture always be your sister? We don’t think so.

I hate you. Let’s go get McDonalds.

When you and your sister just argued like 2 hours ago and she still asks you if you still want McDonalds #growingupwithasister ?