The last thing you want to do when traveling to a new country is to offend the locals. While this may seem easy enough to avoid doing, sometimes cultural differences can make even simple hand gestures get lost in translation. For instance, in some parts of the world, motions as well-intentioned as a pointing finger or a peace sign are seen as insulting. Here are several hand gestures you probably make all the time that are the equivalent of “flipping the bird”—or otherwise demeaning—in other countries. On the contrary, though, these 10 behaviors that Americans see as rude are totally welcome abroad.

What might seem to Americans like a universally positive gesture is not, in fact, universal. “Unfortunately, in Iran and neighboring countries like Afghanistan, the thumbs-up is equivalent to the middle finger!” explains Dana Hooshmand, an author for Discover Discomfort, a language- and culture learning resource. In America, the middle finger is the profane one; in Iran, it’s the thumb.  Though it’s certainly good to have this knowledge, and you should try your best to avoid making any offensive gestures, Hooshmand assures that you likely won’t incur any real wrath if you slip up. “Political tensions notwithstanding, the vast majority of everyday Iranians are gregarious, worldly, and educated, and are more amused than offended if a visiting American makes an innocent mistake,” he told Reader’s Digest.

All over the world, people hold up their second and third fingers to declare, “Peace!” But if you do it in the United Kingdom—in a certain way—you might instead be inciting a skirmish. If your palm is facing away from you, it’s harmless—in fact, Winston Churchill used it as a “V for victory” gesture quite a bit during World War II. Backward, though, it’s a big ol’ insult. One unsubstantiated, but certainly fun, theory behind it is that it stems from a 15th-century battle. War prisoners were said to have had their second and third fingers chopped off so that they’d no longer be able to fire bows. Prisoners who escaped before undergoing this punishment, therefore, would flash those two fingers as they ran away. The gesture’s derisive, taunting connotations, proponents say, remain to this day.

“The veracity of that has been hard to nail down, given how long ago that was and the nature of war,” explains No Momo, Chief Innovations Officer at NoMomo Development. But the veracity of the gesture itself is undisputed—as Momo learned himself when he unknowingly made it during an “impromptu group photo” during a business trip to Dublin. “[The] flash went off, and just then a hand grabbed mine and gently but firmly twisted my hand around, so [the] palm was out,” he remembers sheepishly. If you travel to the United Kingdom, you’ll also want to brush up on these common words that mean very different things across the pond.

Malaysia: Pointing with your index finger

As a little kid, you may have been chastised that “it’s rude to point!” especially if you dared pair the gesture with laughter. But, while it can be inconsiderate in the United States in certain circumstances, an index-finger point is always rude in Malaysia. As a matter of fact, because it can be offensive in some cultures, employees at Disney parks are actually trained to avoid pointing with their index fingers. Instead, if they must point to something, they use two fingers. At Disney, that is—actually in Malaysia, the common alternative is to point with your thumb (particularly your right thumb).

Here’s another commonly “positive” one, like the thumbs-up, that can potentially ensnare American tourists. While it represents an “O” and a “K” in the U.S.A., it “describes a malodorous body part” in the South American nation, according to travel blogger Talek Nantes. She says that it is similarly insulting in some Middle Eastern nations. Needless to say, if you flash this at someone (particularly with your palm facing toward you), you’re not conveying that you think they’re “A-OK.” Do you know about these words that used to be insulting but are now compliments?

These gestures, generally positive and “cool” in the United States, can get you in trouble in some western European nations. “Hang loose”—thumb and pinky in the air with the other three fingers folded down—and “rock on”—where it’s your index finger and pinky—run into trouble because they can also mimic horns. Torben Lonne, a diving instructor for Dive.In who travels internationally quite a bit, learned this firsthand on a trip to Sardinia. “There were some surfer-looking types hanging out on the beach, and as I walked past I gave them the ‘hang loose’ gesture and a smile,” he told Reader’s Digest. “Immediately the guy starting gesticulating and yelling at me as if I offended one of his relatives.”

Lonne’s wife, who speaks some Italian, came to the rescue, explaining what he’d done wrong. “Using ‘hang loose,’ or any form of hand gesture that resembles horns, symbolizes…a husband whose wife is cheating on him and it’s public knowledge,” Lonne explains. (More literally, the “horns” are supposed to represent a castrated bull.) The fact that even a chill surfer got riled up over it is proof enough of its power to offend. You might be surprised by some of the surprisingly offensive origins of expressions we use all the time.

In the United States, patting someone’s head (especially that of a baby or little kid) can be a sweet, loving gesture, and ruffling someone’s hair is a playful one (that perhaps could offend a particularly vain person). But in Thailand, it can be a serious offense, Nantes says. The head “is considered the most sacred part of the body,” she explains. So keep your hands away from others’ heads to avoid disrespecting or soiling this cleanliness. Likewise, the feet are considered the dirtiest part of the body, so “pointing with the toe of your foot is insulting in Thailand,” she adds, saying that this rule applies in some other southeastern Asian countries as well.

While in the United States, you’ll find no shortage of lefty pride, southpaws will want to be careful about using their left hand as they normally would should they travel to India or the Middle East. Why? Well, because there, the right and the left hands have specifically designated tasks. “The right hand…is used for eating, passing money, or picking up items for purchase,” explains Emily Mosby, intercultural agility trainer and author of Mosby Global LLC. The left hand is reserved for less pleasant tasks such as cleaning yourself—most notably, after using the toilet. Because of this, “the left hand is unclean and not used for other activities,” Mosby says. So to eat, pay, address someone, or pass an object to someone with the left hand is seen as incredibly disrespectful. Even in the United States, there are some things you shouldn’t do with your left hand.

This is less a single gesture than a motion: flicking your hand outward, palm up, brushing your chin with your fingertips as you do it. In Italy—northern Italy in particular—it’s an aggressively dismissive gesture, meaning (in the most polite terms) that you just don’t care. Though this one doesn’t have a common non-offensive equivalent in America, it is worth noting that a similar gesture does mean “thank you” in American sign language. (You touch your lips with your fingertips before bringing your hand down, rather than flicking your chin.) It’s worth including as one of the better-known international rude gestures among Americans (if only because Matt Le Blanc’s Joey Tribbiani uses it on Friends).

Taiwan: Pointing at the moon

According to this Taiwanese superstition, doing this won’t offend an Earthbound person but instead will incur the wrath of the moon goddess. Her punishment for this affront is very specific: She’ll cut your ear off, or at the very least maim it Van Gogh–style. So if you’re admiring a beautiful full moon in Taiwan, endeavor to keep your hands by your sides. Here are some more surprising things that are considered bad luck around the world.

The Philippines: A beckoning motion

While in America, the single-finger beckon is at worst playfully naughty and at best totally innocent, you should definitely avoid it in the Philippines. Nantes explains that there, this gesture is how people summon dogs (or animals in general), so to direct it at a person would be very demeaning. Similarly, “waving your hand’s palm upwards to someone,” also to beckon, is disrespectful in South Korea for the same reason, Nantes says. Beyond just hand gestures, there are many other common American habits that you should be careful not to do in other countries. 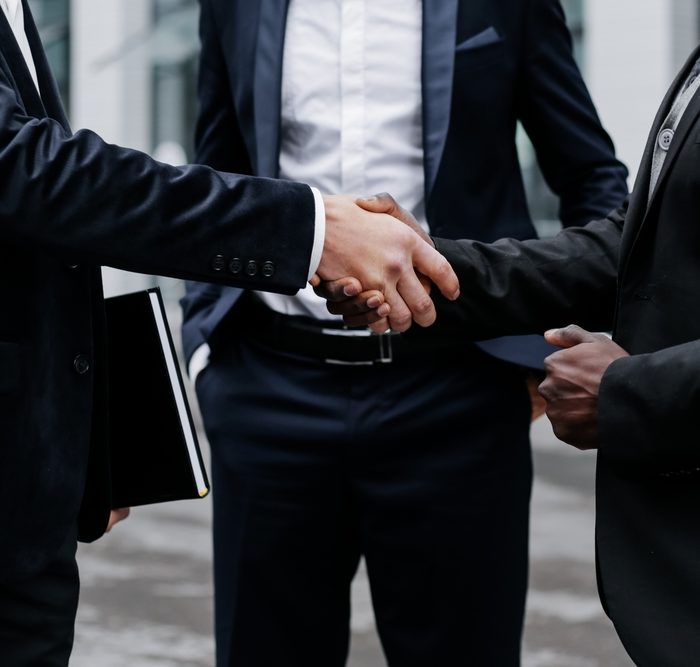 Etiquette Rules from Around the World 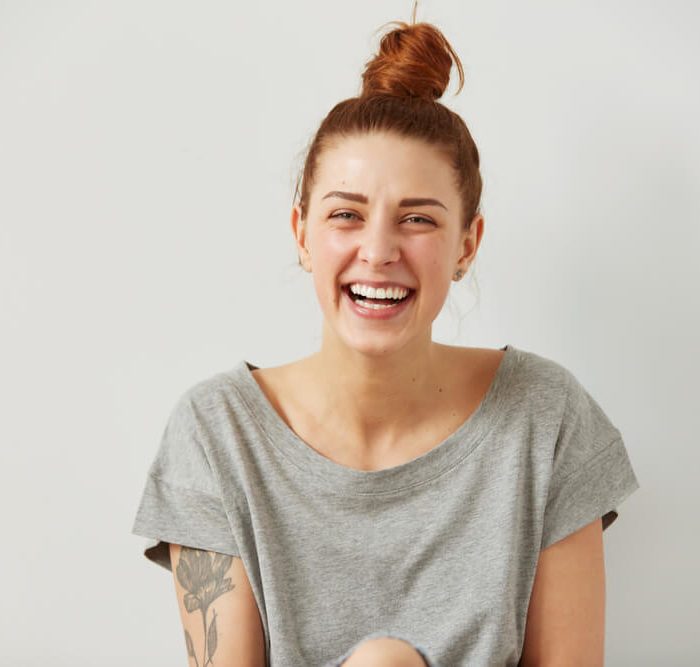 Secrets Your Body Language Reveals About You 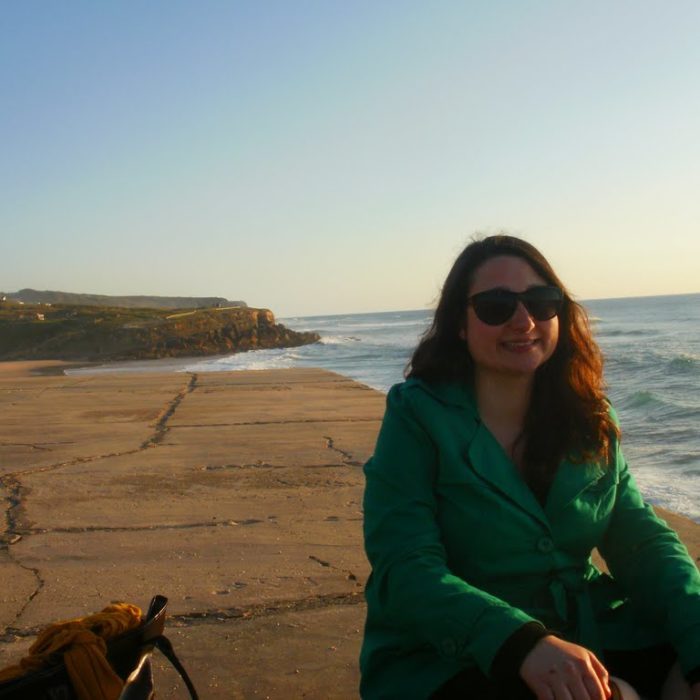 I Moved Back to the U.S. After Living in Europe for 8 Years