As winter weather kicks into full gear around the country, it’s important to keep an eye on the news and to be ready to adjust your travel plans as needed. Many drivers that live in cold climates don’t think twice about hitting the road when just a few flakes are falling or there is less than two inches of snow on the ground, but according to research, a light snow can be just as dangerous as a snowstorm—even if there is no winter weather advisory. While on the road, make sure to avoid these winter driving mistakes that can put you in danger.

The Cooperative Institute for Mesoscale Meteorological Studies (CIMMS) along with the National Oceanic and Atmospheric Administration (NOAA) recently published a study that found that 54 percent of snow-related fatal car crashes from 2015 to 2017 occurred when there wasn’t a warning or weather advisory in effect from the National Weather Service (NWS).

“While it might seem like driving in light snow isn’t much to fret about, don’t underestimate the problems it could bring,” says Laura Adams, Senior Education Analyst for DriversEd.com. “Yes, snow is less dangerous than ice for drivers. However, light snow can melt quickly and then refreeze. That turns roadways into sheets of slippery ice, which gives you the least traction possible.”

Even when there isn’t enough snow or ice for a winter weather advisory, you should still stay off the roads if possible, and if you do have to travel, keep speeds low. In 2016, there was a 36-car pileup in Pennsylvania due to a passing snow squall. Even though it wasn’t a blizzard, visibility was really low and a light layer of snow on the ground prevented many cars from braking safely. To get prepared for bad weather, make sure to make these fixes for your car now.

“The amount of traction you have between your tires and the road surface determines how your vehicle will respond to sudden stops, quick turns, and acceleration. In many cases, even light snow can cause you to lose traction and skid out of control,” says Adams.

The study also found that only 46 percent of snow-related fatalities on the roads occurred during a National Weather Service advisory or warning. The NWS also reported that from 2005 to 2016, most snow-related accidents in Milwaukee, Wisconsin—a place very accustomed to snow—occurred when less than two inches of snow were on the ground.

Snow is snow, and no matter much is on the road, you should always take it seriously and drive with caution. Before winter weather even starts, Adams recommends making sure your car’s tires have the right amount of pressure and that the treads aren’t worn down so you can have traction on the roads. If you are on the road during a storm, stay calm and take things slow to stay in control. Always remember, stopping on snow and ice requires more time and distance. If you do hit a patch of ice or snow, Adams says to never hit the brake, but instead take your foot off of the accelerator and try your best to keep your vehicle going as straight as possible until you feel your tires grip the road again. Add these products mechanics say to keep in your car in winter to your trunk to be fully prepared. 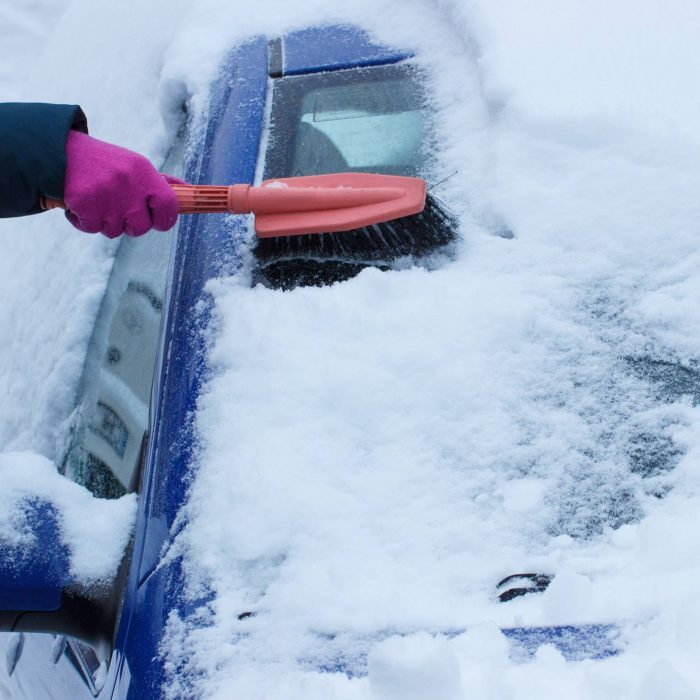 Safest Way to Remove Snow from Your Car 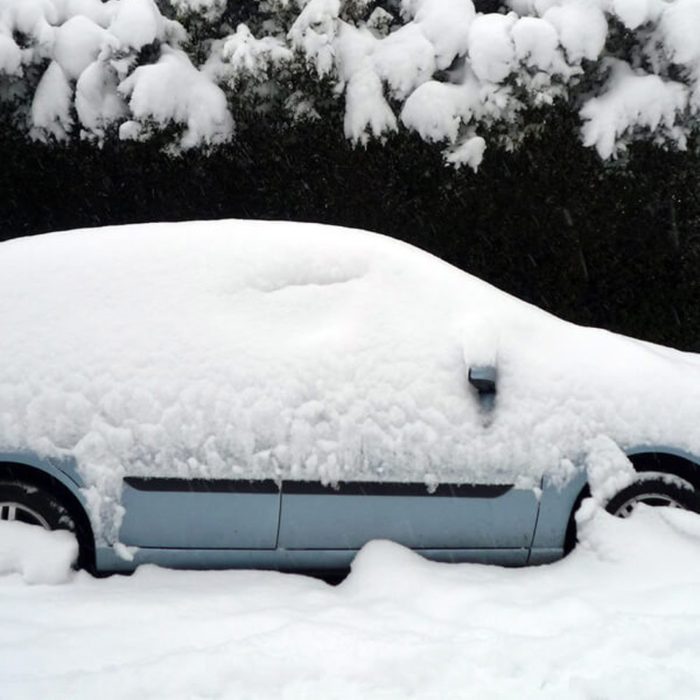 Things You'll Regret Leaving in Your Car in Winter 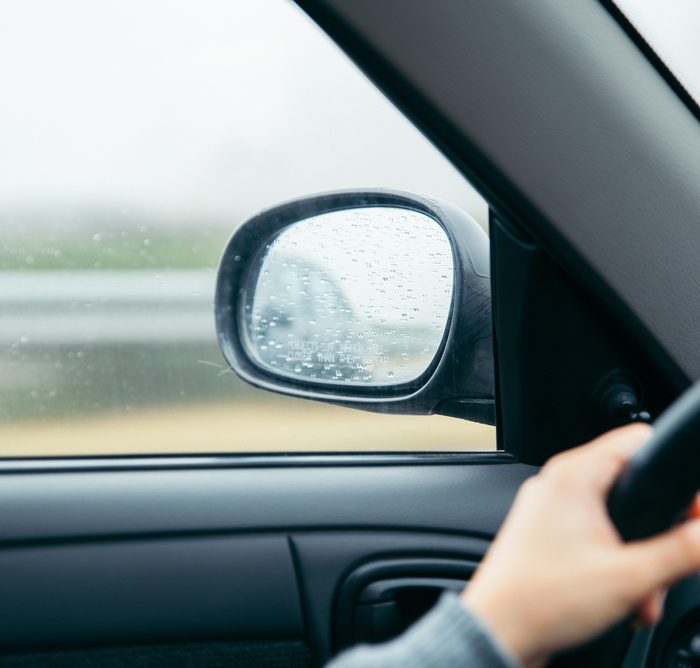 How to Handle Scary Driving Scenarios

13 Things That Are Getting Your Luggage Flagged by the TSA