If you tend to fill your car’s gas tank until it’s full, rather than paying for a specific amount of gas, you’re very familiar with the thud that the pump makes when it shuts off. Once you hear that, you know your tank is full, and you can stop filling up (and should—”topping off” your tank is one of the potentially dangerous gas-pumping mistakes you might make).

But how does that work? How does the pump “know” the tank is full? If anything, you’d think it would be a gauge on your car, not the unattached pump, that would fill you in (pun not intended).

Well, it has to do with the way the gas pump works. When you fill your tank with gas, you’re replacing the air that’s in there. “The more gas goes in, the more air must come out,” explains Jake McKenzie, Content Manager at Auto Accessories Garage. “It comes out through a small pipe located just inside the gas nozzle.” Do you know when you should be refilling your gas tank in the first place?

And pressure has built up in the tank; that pressure is released as the air escapes. McKenzie compares it to holding your thumb over a garden hose: “Blocking part of the hose [increases] the pressure of the water inside, [causing] the water leaving to spray out at an even greater velocity.” When you start to pump gas, the pipe, which has been “blocked” like the hose, releases the air quickly. “This expelled air brings with it a pressure that’s strong enough to hold the valve in the open position,” McKenzie says.

So that’s what happens while you’re filling up your tank. And once it’s full of gas, gasoline, not air, now reaches the pipe inside the nozzle, which evens out the pressure. As McKenzie explains, this creates “a small suctioning force (known as the Venturi effect) that switches the valve to the off position.”

So that’s how you know to stop putting gas into your car. Unfortunately, though, this mechanism can’t keep you from accidentally putting diesel in your gas car—here’s what happens when you do that. 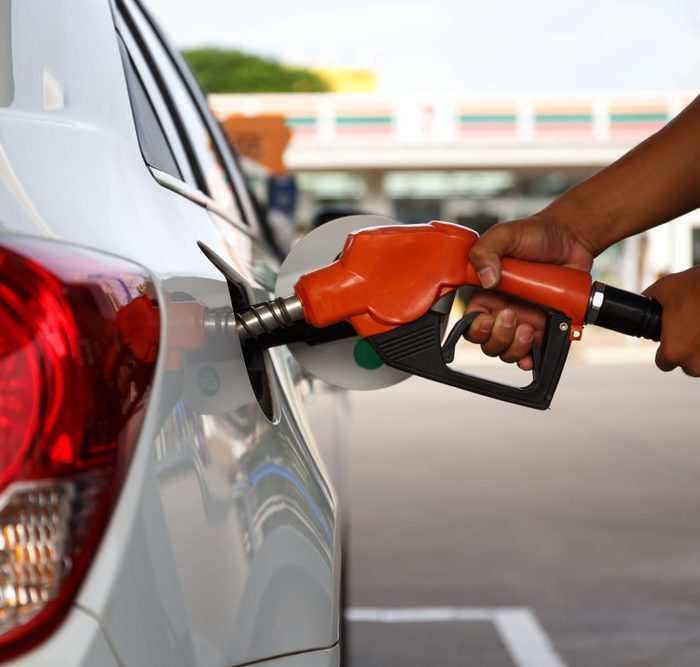 Why You Should Touch Your Car Before Pumping Gas 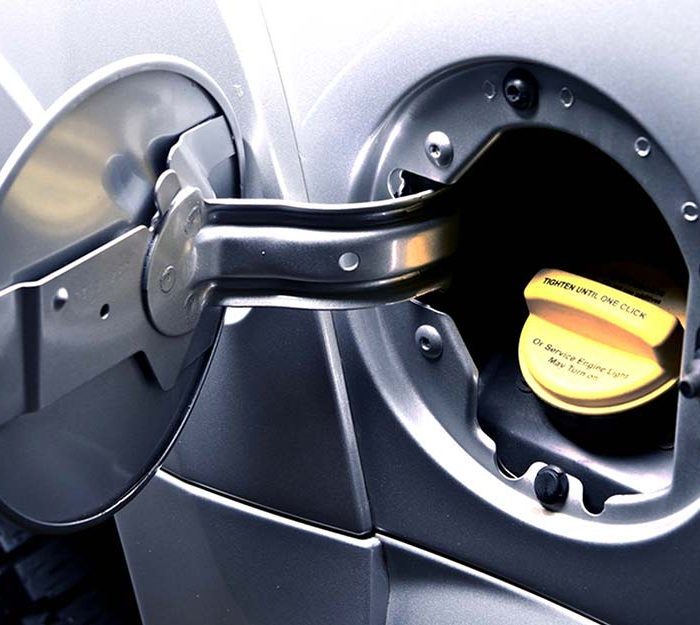 Why Cars Have Gas Tanks on Different Sides 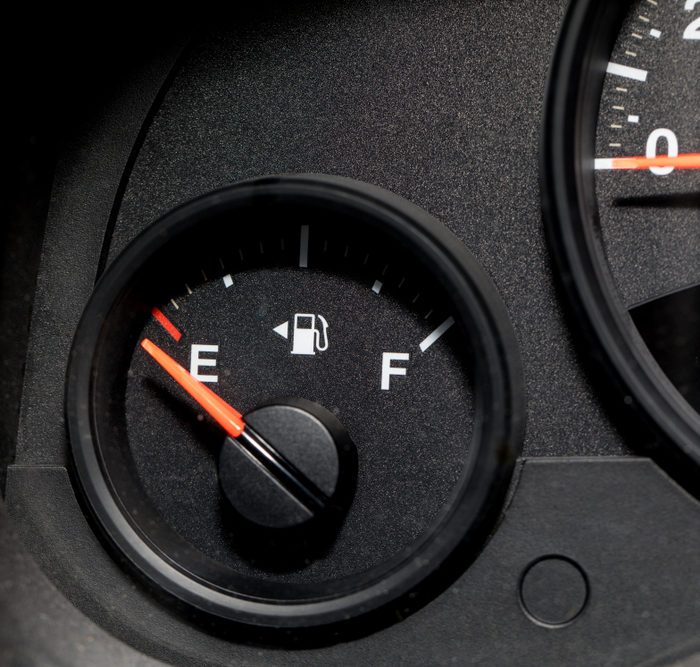 Here’s How Far You Can Drive on Empty