The Spookiest Tourist Attraction in Every State

If you're looking for a creepy travel destination you're in luck—there's at least one in every state to scare the pants off of you. 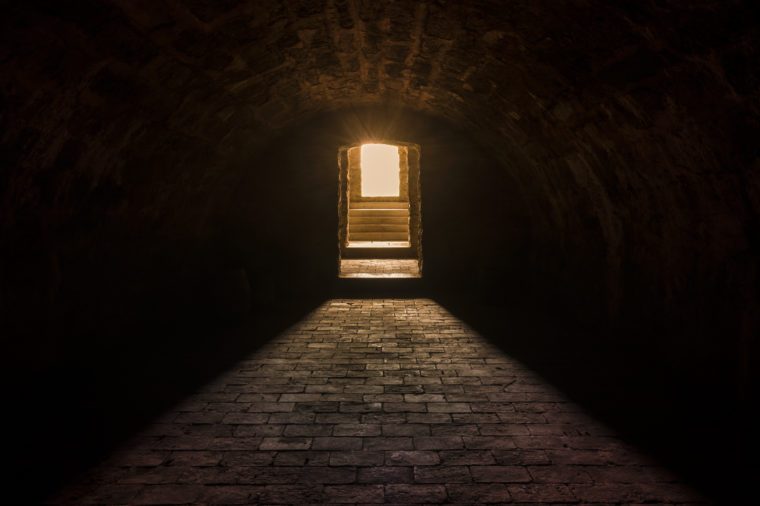 Between abandoned forts and prisons and sites of century-old murders, there are a lot of places in the United States to get your thrills and chills. Want to take it a step beyond spooky? Find out where to spot a ghost in every state. 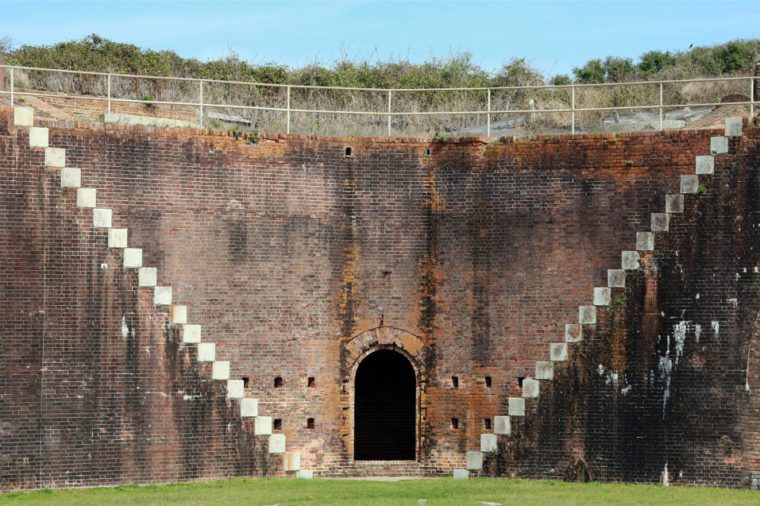 Located on the Gulf Shores of Alabama, Fort Morgan is thought to be haunted by the ghosts of soldiers and prisoners. For an extra-creepy activity, try the on-site escape room. 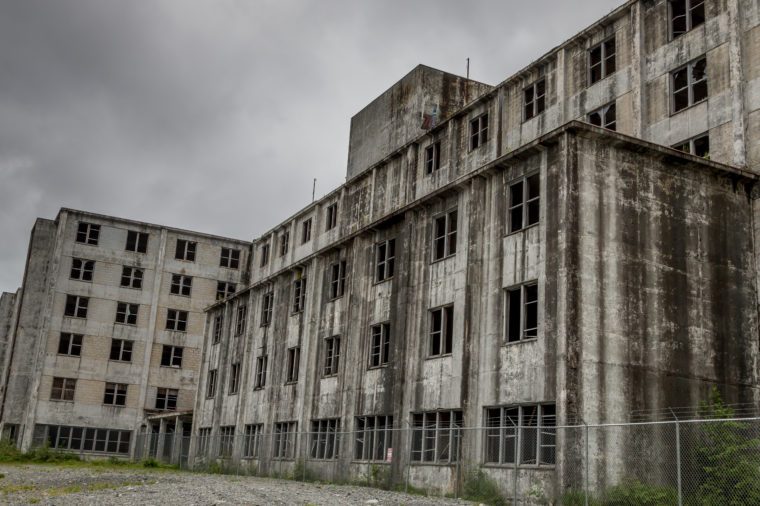 Known as the most haunted town in Alaska, Whittier is not for the faint of heart. The Buckner Building, originally built to shelter soldiers during a nuclear attack, is long-abandoned and incredibly creepy looking, even from the outside. Completed at the height of the Cold War in 1953, the building was not only able to house 1,000 soldiers, but it also contained a bowling alley, movie theater, and jail. 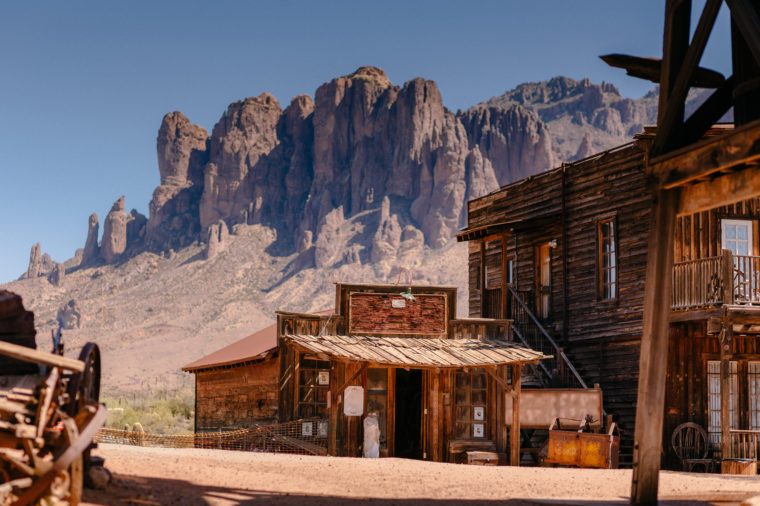 Goldfield, Arizona isn't just another abandoned gold-rush town: it's also reportedly haunted. Today, Goldfield is open to visitors, though some of its original inhabitants may have never left. Visitors have said that they have heard "mournful voices" in the saloon, and have even seen apparitions floating behind the bar. Those brave enough to visit can tour an old brothel and mine, among other buildings on the site. 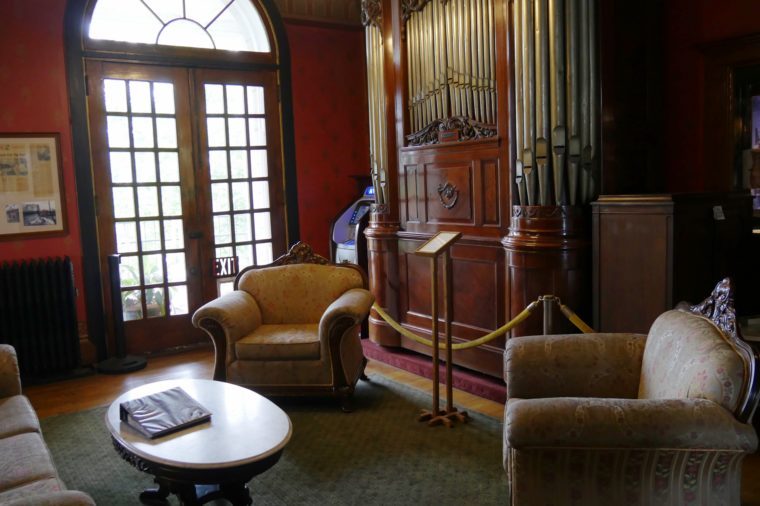 The Crescent Hotel, built in 1886 in Eureka Springs, has had several different lives. It originally served as a luxury hotel for health-seekers who flocked to the town for its natural springs, before being turned into a girls' school. It sat empty for years until it reopened as a cancer hospital by a quack doctor with no medical training. As it turns out, the hotel is reportedly haunted by people from each stage of the hotel's history: an Irish stonemason and student at the school who both fell to their deaths (on separate occasions), and former patients of the hospital. Not only can you stay at the Crescent Hotel, but you can also take a tour of its spookiest parts. 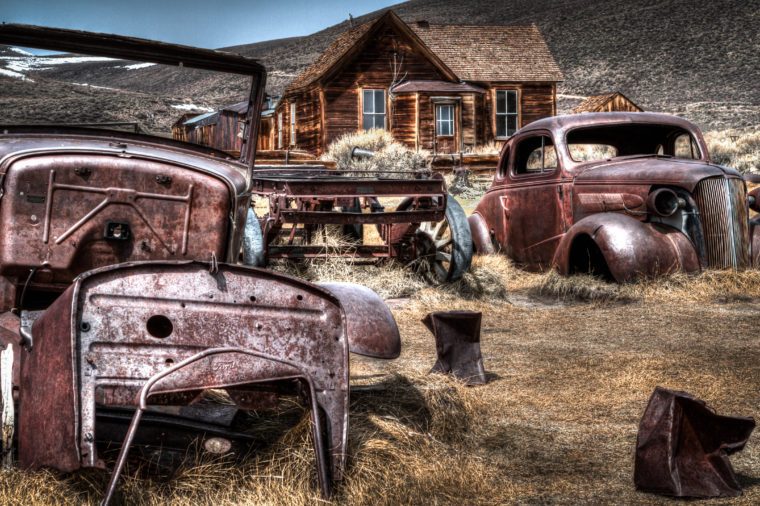 If you've always wanted to visit an authentic ghost town, Bodie, California is your best bet. Unlike others in the west that are full of gift shops and reenactors, Bodie is part of a state park and exists in a state of preserved decay. You can visit the former village, or take one of their popular ghost walks. 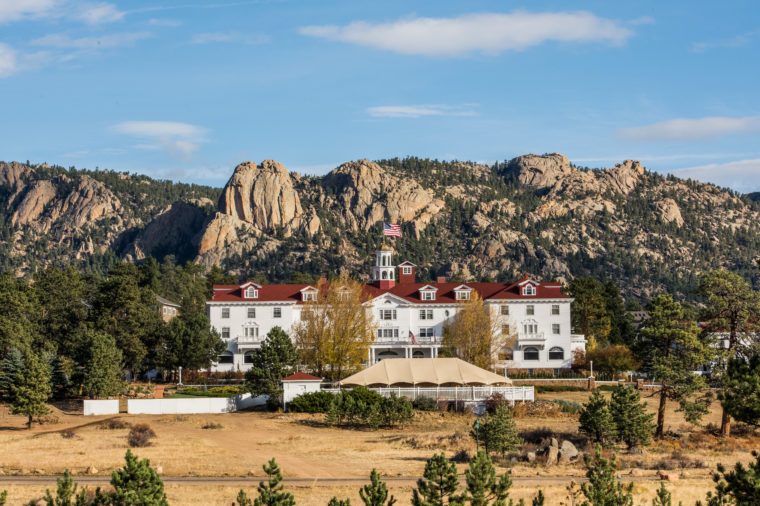 The Stanley Hotel in Estes Park, Colorado is so creepy that horror author Stephen King only had to stay one night to get the inspiration for his novel The Shining. Visitors and hotel guests can take historical tours of the property by day or, for the more adventurous, by night, where they may run into the ghosts of the original owners Freelan and Flora Stanley. The Stanley Hotel is one of the 15 spookiest places where you can spend the night. 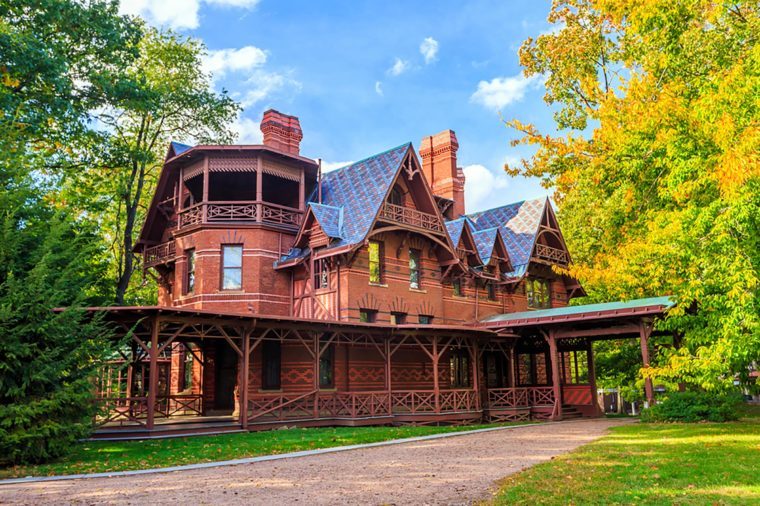 Not only is this tourist attraction the former home of the famous writer, but it's also said to be haunted by the "lady in white." Visitors can learn more about her and the other spooky aspects of the house—like dark tales of haunted history and Victorian traditions surrounding seances and spiritualism—on the Graveyard Shift Ghost Tours. These tours are held year-round but are especially popular around Halloween. If you're interested in other haunted houses, here are 13 with mysteries no one can explain. 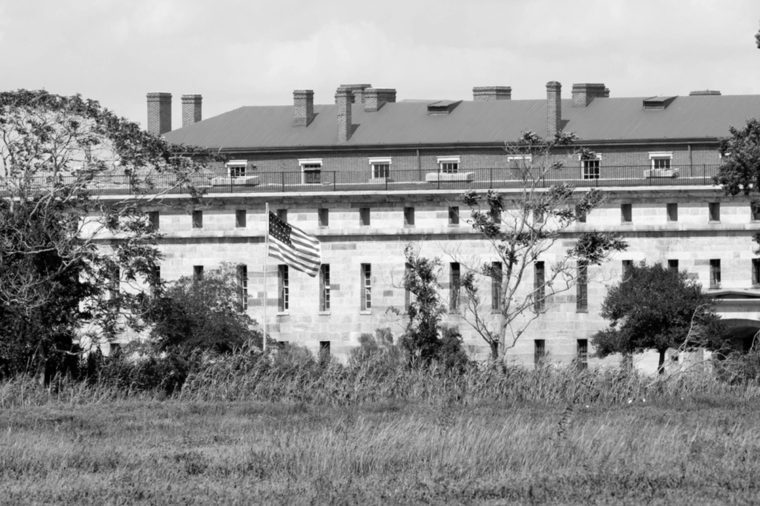 Located in a Delaware State Park, historic Fort Delaware was completed around 1859 and served as a Union prison camp during the Civil War, housing up to nearly 13,000 Confederate prisoners of war at one time. Each weekend leading up to Halloween, visitors to the fort can join the Diamond State Ghost Investigators for a paranormal hunt through the grounds. Ghostly encounters on this tour have included sightings of a woman in the officer's kitchen, as well as a Confederate soldier. 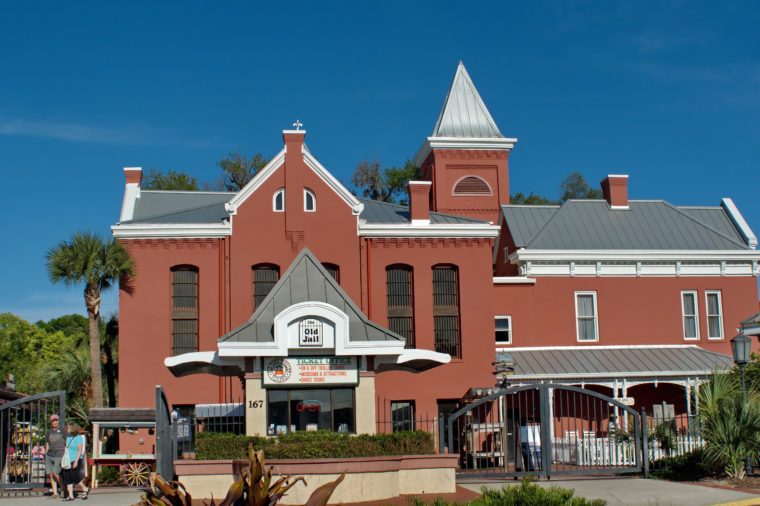 Located in St. Augustine, Florida—the oldest city in America—the Old St. John County Jail may look like a historic hotel, but in reality, it was known for the inhumane conditions in which prisoners were kept. Given how much suffering took place within the jail's walls, it's not surprising that there have been reports of paranormal activities like cold spots, strange odors, and unexplained noises. Whether you visit for the history or the hauntings, the Old St. John County Jail won't disappoint.