They're not using your money to fund their own whirlwind vacations, though.

One of the few things that pretty much everyone can agree on is the unpleasantness of certain life necessities. Things like trips to the DMV, dentist visits, and, of course, going through airport security. The latter might, as a whole, seem less unpleasant since it often precedes a fun trip, but it’s still stressful. With all of the hassle and scrutiny (not to mention the removal of outerwear!), it’s totally understandable if you happen to leave something there—even if you don’t get anything confiscated. Change might fall out of your jacket pocket or the wallet you’ve dropped in a bin. And, as any TSA agent can surely attest, it certainly does.

While working for the TSA can be every bit as frustrating and fatiguing as you might think—just take it from these secrets TSA agents won’t tell you—this is a pretty major perk. The TSA actually gets to keep all of the change that travelers leave behind.

“Yes, the TSA keeps all the loose change collected at security checkpoints,” confirms Kate Sullivan, Head of Experience at Secret Fares. “They can use this in any way they choose, without having to go through standard government appropriation procedures.”

How do they use it?

Fortunately or unfortunately, though, this doesn’t usually mean that TSA agents are going on shopping sprees with the dropped money of harried travelers. Instead, the money goes to the TSA as a whole. “In practice, this means that most change is bundled up and remitted to the central TSA finance office and used to fund various programs,” Sullivan says. In a perfect world, they’d use it to upgrade the security systems, “but because there’s no appropriations procedure on left-behind cash, there’s no way to check on that,” Sullivan says.

She also adds that sometimes, TSA groups will put aside a little bit of the money for themselves. But again—it’s not for their personal savings. Instead, they might pool a few hundred dollars and “use it to do something nice for the TSA agents working there, like coffee or an office party.” Honestly, we say treat yourselves, TSA agents! They deserve to unwind after constantly having to be the bad guys, taking these things that could get your luggage flagged by the TSA in the interest of safety.

How much money is it?

Passengers leave behind a whole lot of change! Money collected by the TSA at all United States airports totals about a million dollars a year. (The exact number in 2018 was $978,000.) If you think that number seems larger than maybe it should be…that’s because it is! “This [number] has been going up exponentially every year since 2011,” Sullivan says. “No one’s quite sure why, because it doesn’t match up with the change in the number of travelers—and you’d think that people would know not to keep loose change in their pockets at security by now!” Of course, though, people have left behind far crazier things at airports.

But Sullivan adds that for the TSA, it’s not the huge sum it might seem: While nearly a million dollars is “a lot of money to you and me, it’s a drop in the bucket where federal spending is concerned.” So again—this isn’t making the TSA rich by any means.

And this is… allowed?

It sure is! As Sullivan explains, a bill exists that would potentially change this process, but it’s never been passed. The 2013 bill outlines a Congressional act that “would have required the TSA to document all that change and to then donate it to charity to help with travel expenses for military families,” Sullivan explains. “But while it passed in the House, it didn’t make it through the Senate.” So for now, the TSA still gets free reign over all that dough. Think you’re flying under the TSA’s radar? Think again: These are the things TSA agents first notice about you. 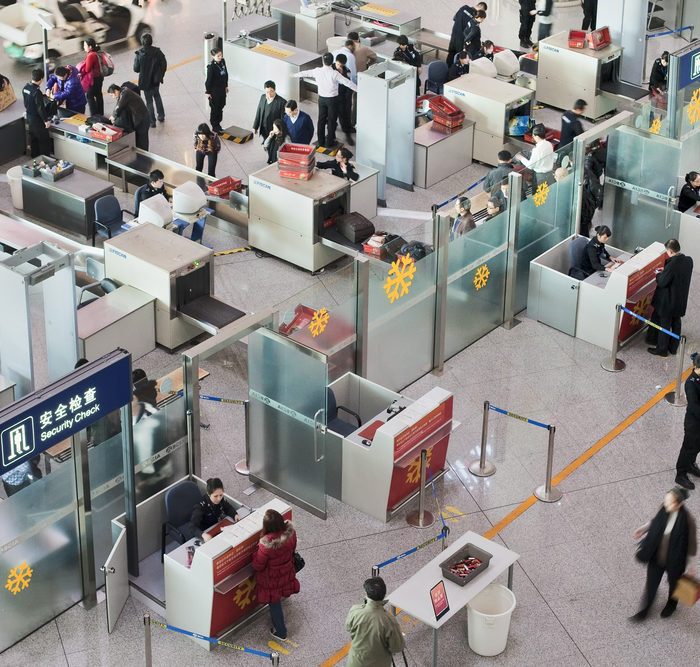 Ways to Speed Through Airport Security 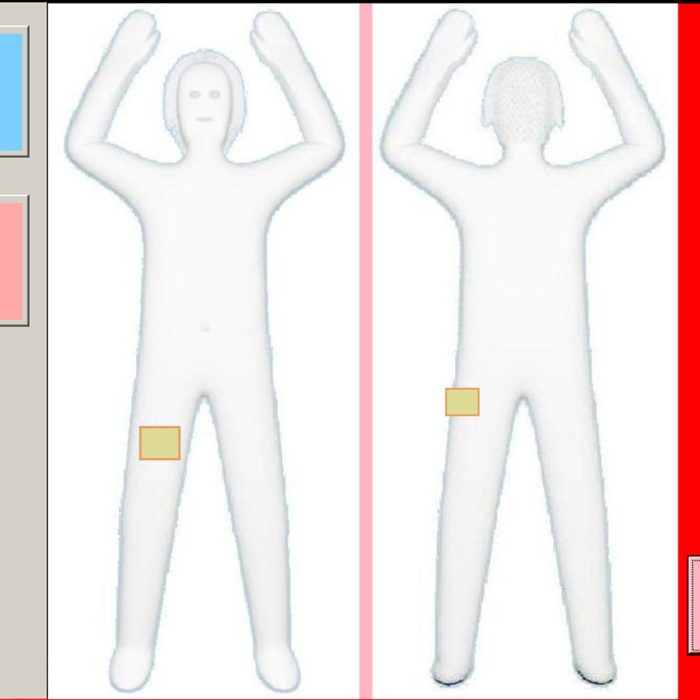 How to Get Back Things the TSA Confiscated