From monumental mishaps (literally) to unusual voting laws, our nation’s capital has a strange history. 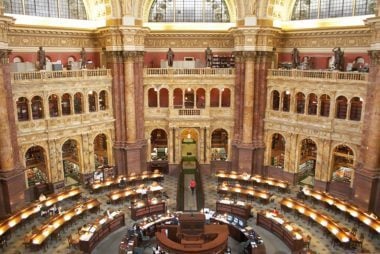 The Library of Congress is the world’s largest library

It has more than 162 million objects in the collection, including a top secret FBI interrogation manual—just another secret the FBI doesn’t want you to know. Some guy copyrighted the secret document, and according to the law, anything copyrighted must be available to anyone with a library card at the Library of Congress. 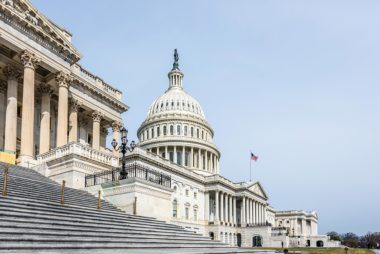 It was designed by a Scottish doctor named William Thornton. George Washington and Thomas Jefferson held a contest to design the building, with a winning prize of $500, but they didn’t like any of the 17 entries received. Thornton submitted his designs after the deadline, but Washington and Jefferson liked it enough to choose it anyway. 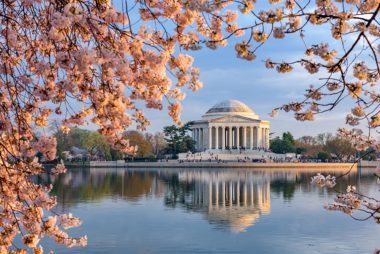 Neither are D.C.’s famous cherry blossoms

The 3,000 cherry trees lined along the Tidal Basin make D.C. a top spring travel destination, and they were a gift from Mayor Yukio Ozaki of Tokyo in 1912. The National Cherry Blossom Festival commemorates this event and the relationship between the U.S. and Japan every year. 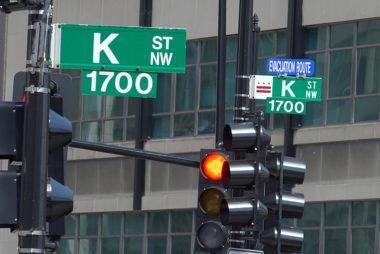 Washington, D.C. is missing a street

All lettered streets in Washington, D.C. occur in alphabetical order—except for J, because there is no J Street. The most likely explanation is also the reason why J was the last letter added to the alphabet. People thought it would be confused with I Street, since the two letters were frequently used interchangeably during the 18th century. 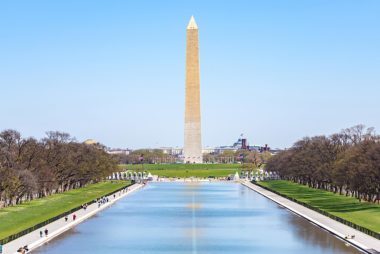 The Washington National Monument Society ran out of funding during construction, so the project was put on hold. Eventually, the U.S. government took over 25 years later, but it used marble from a different quarry. Over time, the stones have reacted differently to rain and erosion, which is why the bottom looks slightly different from the top. 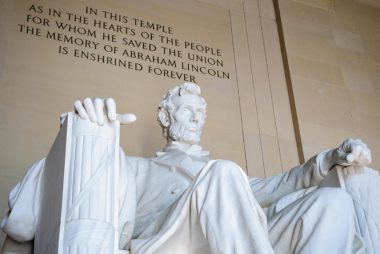 Congress created a Lincoln Memorial Association two years after the president’s assassination, but construction didn’t start until 1914. It eventually opened in 1922. Now it stands proud with 36 columns, representing each of the states in the Union when Lincoln died, and it made up of stones from Massachusetts, Colorado, Indiana, Tennessee, Alabama, and Georgia. Architect Henry Bacon purposely did this to show that a country torn apart by war can still unite to create something beautiful. 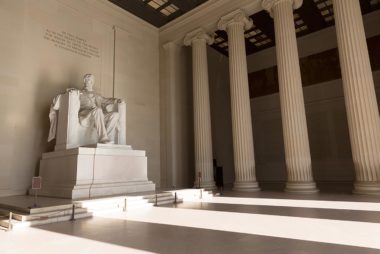 Other things about the Lincoln Memorial you never knew:

There’s a glaring typo in the inscription of Lincoln’s second inaugural address etched into the wall. Also, Martin Luther King, Jr. made his famous “I Have a Dream” speech in front of the Lincoln Memorial. 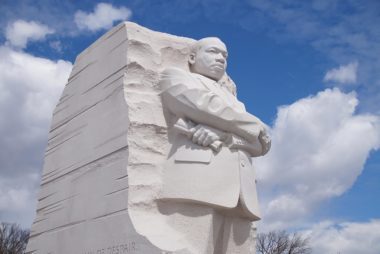 And speaking of MLK…

The sculptor behind the statue in the Martin Luther King, Jr. Memorial was Chinese artist Master Lei Yixin. He sculpted 80 percent of the artwork in China, had it transported to the U.S., and then finished the rest on site in D.C. The memorial is one of four monuments on the National Mall dedicated to a non-president.