Unless you have a seat in first or business class, boarding and deplaning an aircraft can be stressful experiences. Because you’re so busy worrying about finding room in the overhead compartment and trying not to knock other passengers on the head with your personal item, you may not notice things like the plane’s interior color scheme. But if you pay attention the next time you board a plane, you’ll likely notice that its seats are blue. Of course, there are exceptions to this—like Virgin Atlantic’s red seats and the green seats on Aer Lingus—but in general, airline seats tend to be blue. So why is that? We spoke to some experts and looked into the science to find out. Here’s how to pick the best airplane seat for every type of need.

Blue is easy to keep clean

There isn’t usually a lot of time to clean a plane between flights, so it’s in the company’s best interest to pick colors and fabrics that can handle a lot of traffic. According to Rishi Kapoor, founder and CEO of Nanak Flights, many airplane seats are blue because stains or smudges can blend in better than with most other colors, meaning airlines don’t have to replace their seats as often. And in case you’re wondering which companies are known for their cleanliness, here are the cleanest airlines in the world, according to passengers.

Blue is a calming color

Even if passengers don’t have an outright fear of flying, the whole process can make even the most seasoned travelers a little anxious. To help counteract that, many airlines opt for blue seats because the color is thought to be calming. That is also the reason Pantone named “classic blue” the 2020 Color of the Year, which it describes as “instilling calm, confidence, and connection.”

“Even though traveling by plane is statistically the safest way to travel, many passengers are still prone to stress while traveling on an airplane,” Kapoor tells Reader’s Digest. “It might seem like an insignificant detail, but it’s one that helps make flying the best way to travel.”

A statement from Boeing on using the psychology of color when designing aircraft confirms this, noting that blue is “nearly unanimously” associated with peace. In addition, Boeing selects the patterns for cabin walls based on those found in nature because “these designs help create the relaxing environment that people find in the outdoors,” Virginia Tripp, a Teague designer who studies color psychology said in the statement. If you’re looking to apply this idea in your own house, here are 12 science-backed secrets to a stress-free home.

It makes you feel cooler

Planes tend to have two temperatures: bitterly cold (thanks to blasting air conditioning), or sweltering hot and stuffy (thanks to a large number of people being crammed into a flying tube with recirculated air). Airlines do try their best to help keep you cool—hence the sometimes-arctic air conditioning—and yes, blue seats play a role in that as well. “Colors also can influence a person’s perception of humidity, temperature, and aroma,” Tripp explained in a statement from Boeing. Not only does the color blue make people feel cooler, but it also can send a message of clean or fresh fragrance.

Blue as part of branding

In some cases, the choice of blue for an airline’s seats is simply part of the company’s brand, Sara Rathner, travel expert at NerdWallet tells Reader’s Digest. “U.S. carriers commonly use blue and red in their logos as a nod to America, and blue seats are an extension of that,” she explains. Along the same lines, John Frigo, a digital marketing expert, says that the color blue instills trust—a very important aspect of branding—which is why many dentists, banks, and financial services companies have blue in their logo or color scheme. In fact, you’ll see a lot of blue in the logos of the 40 most trusted brands in America.

Color Psychology, a website that explains the meanings behind different colors, confirms this, noting that blue helps instill feelings of trust, dependability, and confidence. In addition, a 2011 study in the Journal of the Academy of Marketing Science found that the color blue is also associated with competence—something incredibly important for airlines, given that we put our lives in their hands every time we fly.

So the next time you’re crammed into the narrow aisle of an airplane trying to squeeze by your fellow passengers, take a look at the plane’s seats—chances are they’ll be blue, and ideally, they’ll do their job and make you feel calm. Next, read on to find out why airplane windows have holes. 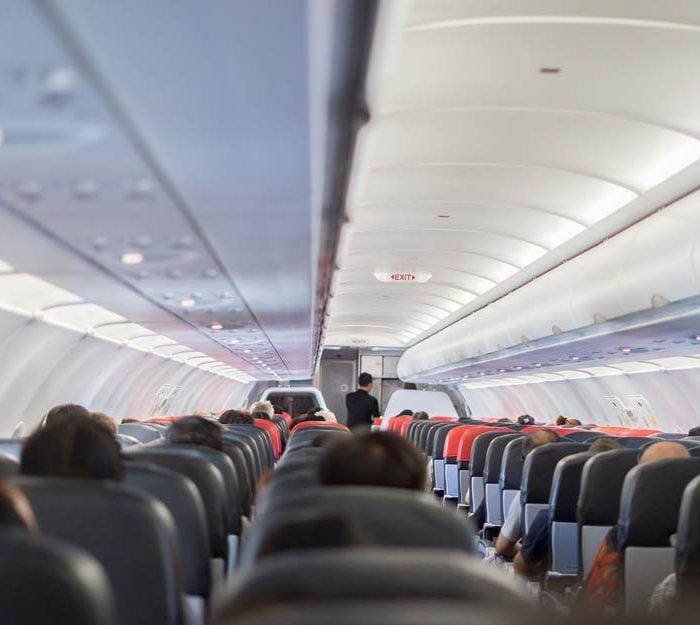 Hidden Features on Airplanes You Had No Idea Existed 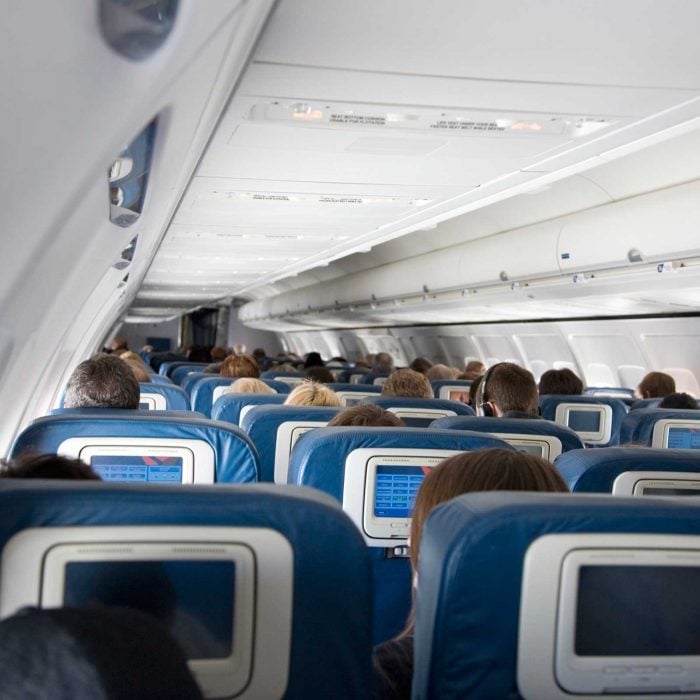 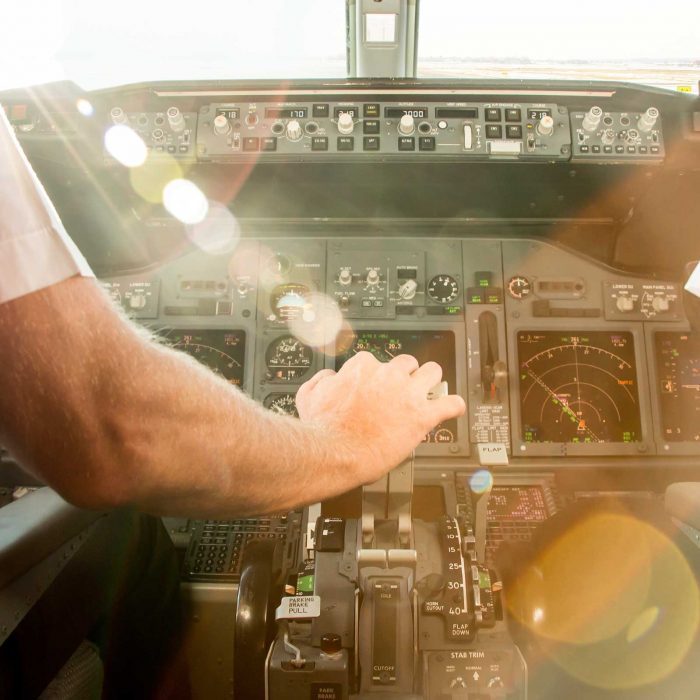 Noises You Hear on Airplanes and What They Mean

13 Things That Are Getting Your Luggage Flagged by the TSA