50 Most Overrated Tourist Attractions in the World

Before you see any of these hot spots, read tips from world travelers on what to avoid—and how to make your experience better. 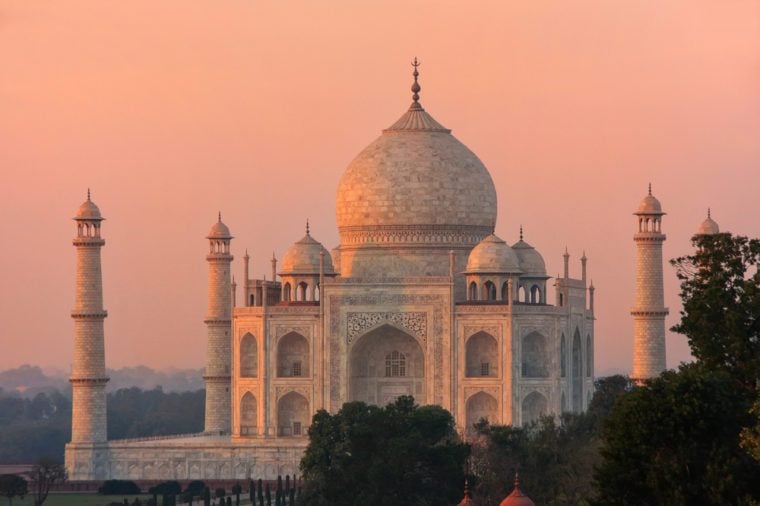 Why It's Overrated: While Natalia from My Trip Hack says the architecture of the Taj Mahal—with its ancient white marble is awe-worthy—the long queues are not. No matter what time of year you visit, she says you'll find a swarm of tourists crowding the area. She also notes how difficult it is to ignore the wealth disparity, too: "It's hard not to notice a drying and polluted river, people living on the streets, scammers capitalizing on the tourists just a few meters outside of this majestic monument," she shares.

What to Do Instead: For a view of the palace without paying the high ticket price, go to Mehtab Bagh Gardens that lies across the Yamuna river, and provides a vanishing perspective as you walk through. Looking for more off-the-beaten-path destinations? Check out 13 of the world's most bizarre tourist destinations.

Why It's Overrated: While, sure, everyone wants to witness Lady Liberty and all of her glory once in their lifetime, traveler blogger Tessa Juliette says it isn't worth it to go up in this monument. Thanks to long lines and a lackluster view, you might find yourself disappointed.

What to Do Instead: You'll love seeing this iconic American structure, but Juliette recommends witnessing it from a boat. Even better? It's free when you take the Staten Island Ferry. "You will also get gorgeous views of lower Manhattan, Governor's Island, and Brooklyn Heights. For the best view of the Statue of Liberty stand on the starboard side when heading to Staten Island and on the port side when traveling back to Manhattan," she says. Pray you don't run into the world's worst tourists. 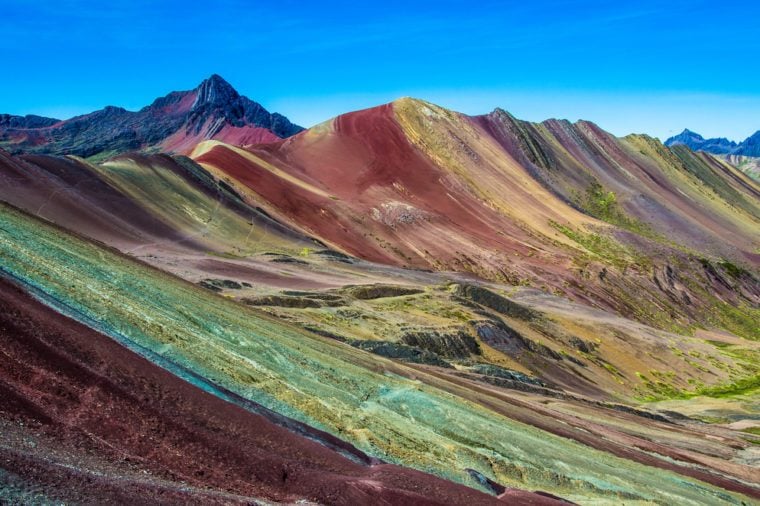 Why It's Overrated: You can blame Instagram for the uptick in tourism to this Peruvian destination, where up to 1,000 people trek this short journey to the mountain overlook. In addition to trail traffic, many folks show up ill-prepared to hike this high altitude journey, especially on a path that wasn't intended for thousands, according to Brian Bultema from Dargui Tours. And though the colors seem beautiful online, it's likely enhanced: "When there are clouds overhead, the colors of the Rainbow Mountain can be quite mute and undramatic—a big disappointment for those expecting neon colors plastered all over Instagram," he explains.

What to Do Instead: If you're in South America, go see the Bolivian Salt Flats for a remarkable earthy experience. Since they're prepped for tourism—and you'll always be blown away by their beauty—it's worth your excursion. Here are 14 other natural wonders you've never heard of. 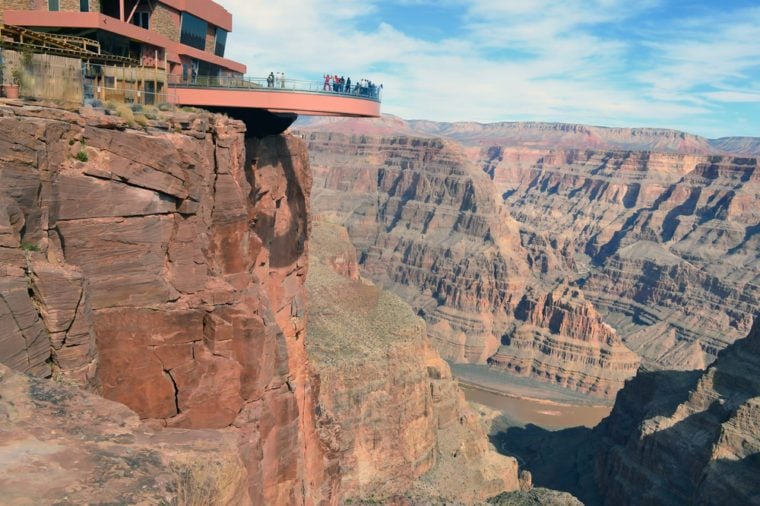 Skywalk Over the Grand Canyon, Arizona

Why It's Overrated: While travel blogger at The Travel Tart, Anthony says it's the Grand Canyon is worth seeing in person—the skywalk can be skipped. This horseshoe-shaped bridge features a glass walkway, but is often filled with tourists walking side-by-side.

What to Do Instead: If you can afford it, Anthony says there's no better way to experience this American legend than with a helicopter to take in its beauty and massive size. 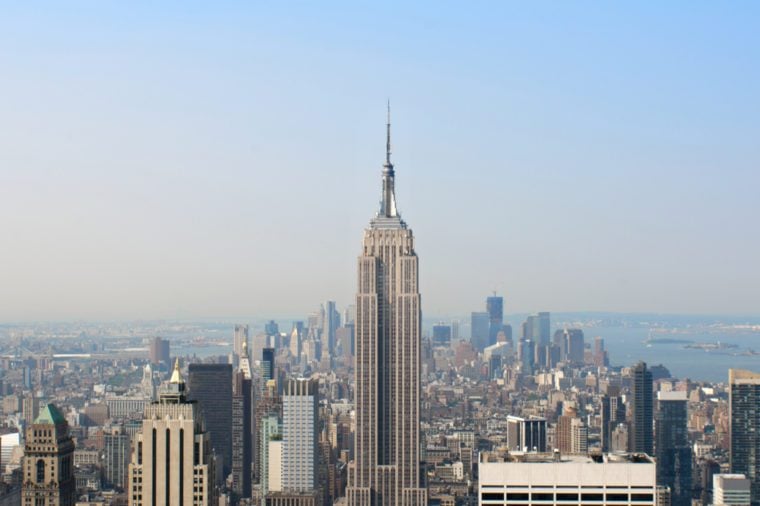 Why It's Overrated: Alicia Keys sings about it—as does nearly everyone who sees it in person—but should you go up the Empire State Building? While Michelle from the House of Travel says the views can't be denied, the high ticket price and the plethora of visitors make it difficult to enjoy. For safety reasons, the Empire State also has fencing that prevents super-pretty selfies.

What to Do Instead: Truth be told, you want to see the Empire State in your photos, right? You can't do that if you're in it! Instead, consider going to Top of the Rock in Rockefeller Center or One World Trade downtown. Both of these are taller and offer sprawling views, even if, sure, you'll still have to fight crowds. For a free-ish experience, grab a cocktail on the rooftop of 230 Fifth and see the Empire up-close-and-personal. 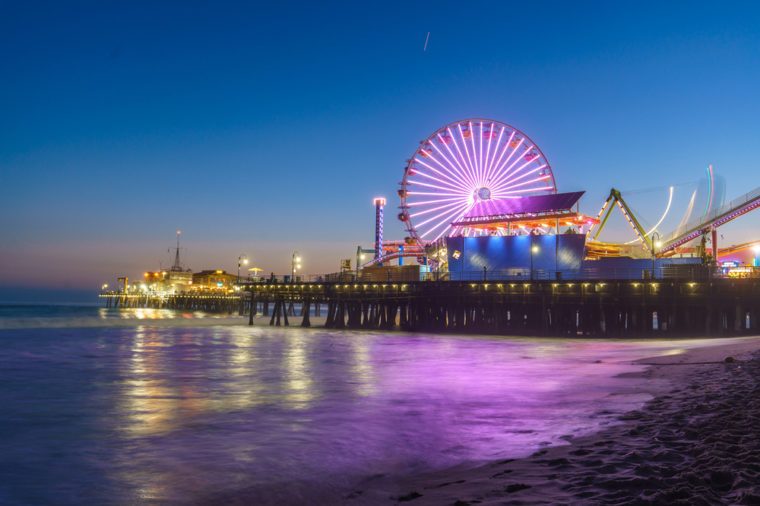 Why It's Overrated: From far away, Michelle from The House of Travel says this spot in California is gorgeous. But when you look closer? She says it is "run down, the amount of people that are there makes it very hard to actually walk around, and everything is extremely overpriced."

What to Do Instead: Grab a beach chair and settle in for the day. As you relax and sunbathe, you can still enjoy the pier, without wasting your vacation browsing through the shops. These are 14 of the best beach boardwalks in the United States. 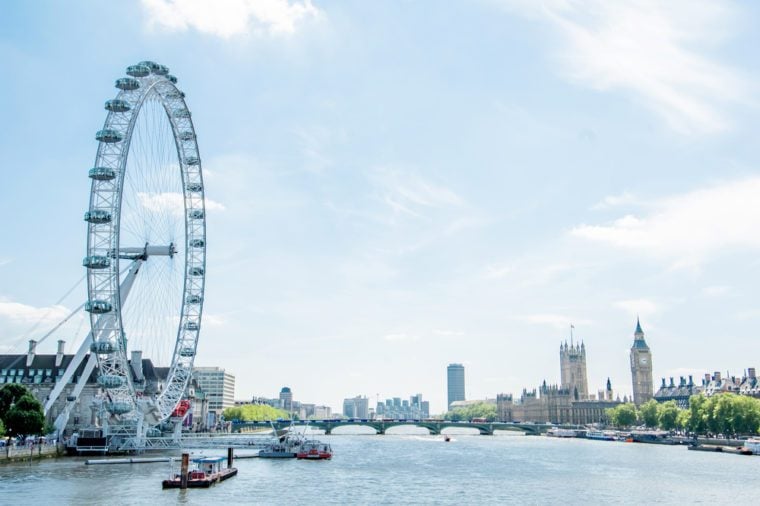 Why It's Overrated: There's so much to do in The Big Smoke—from seeing Big Ben to sipping tea and attempting to see royalty. But Joe, a travel blogger at JKGO.co says not to worry about checking off The London Eye from your list. In addition to waiting in line twice—for the ticket and for the ride—he also adds the view isn't anything to write home about.

Where to Go Instead: Have a fancy cocktail to celebrate your trip by visiting The Shard. While expensive, Joe says it's a better view and far less stressful. 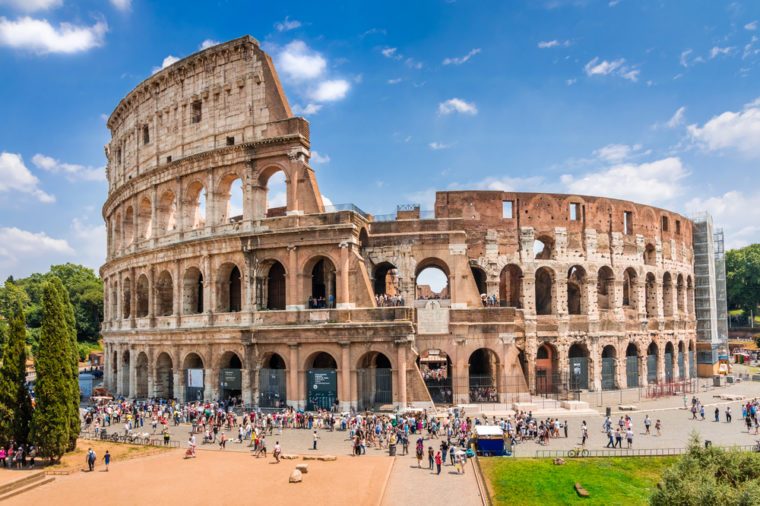 The Colosseum in Rome

Why It's Overrated: It's worth the hype to see this historical, fascinating masterpiece, but you'll be touring around with an estimated 11,000 visitors per day, on average. This can make for an exhausting experience, especially in those prime days of summer heat, according to Italy travel expert Sean Finelli. While you'll definitely witness the wonder, you might waste a whole day to do it.

What to Do Instead: For a different experience that's a tad more expensive and limited, Finelli suggests booking the 5th Tier. Recently opened, only 350 travelers can tour each day, so make sure to find a tour company who can help you book in advance. These are the secret enchantments of Rome you need to see. 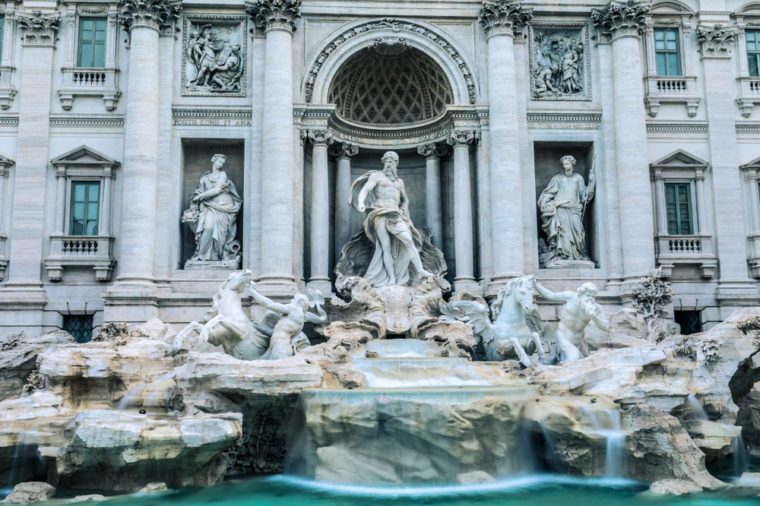 Why It's Overrated: What you don't see from those Trevi Fountain photos is that massive swarm of people surrounding every inch, and the tourist shops within a coin's throw. "If you are visiting during peak months in the summer you will find yourself smashed in a hoard of people, desperately trying to push through people to get a coveted spot in front of the fountain. This can take anywhere from 15 minutes to an hour," explain travel author and blogger Leigh Ann. On top of this chaos, you also need to be hyper-aware pickpockets and those who offer to take your photo—to run off with your smartphone.

What to Do Instead: If you're determined to see this monument in the heart of Rome, Leigh Ann says to get there between 6 and 7 a.m. It's early, but ideal: "You can enjoy the true beauty of this landmark without all the stress. Just be sure to check what time the sun rises so you can time arrive once the sun is up for a picture absolutely worth waking up early for," she says. 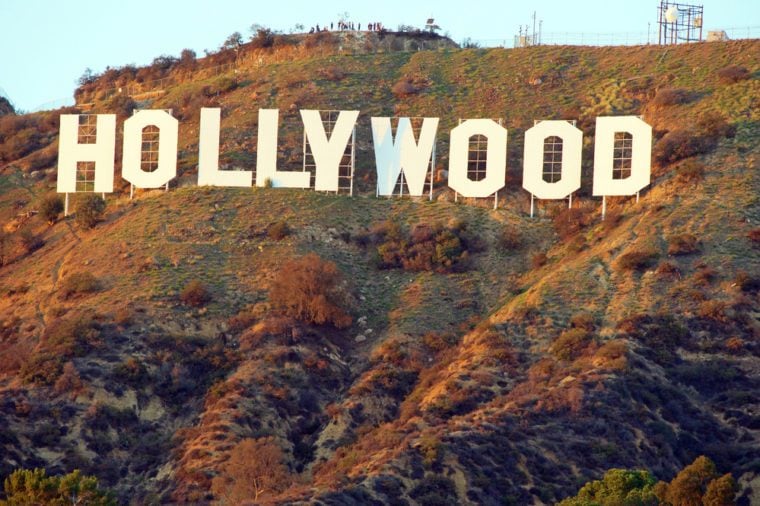 Why It's Overrated: Yep, everyone wants a photo with one of the most famous pieces of signage ever—but travel author and blogger Leigh Ann says that's the issue. After battling two to four hours of traffic, you'll have to hike from a park and due to restrictions, the closest you can get is a half-mile away. And sure, an afternoon trek might sound nice in the middle of your vacay, Leigh Ann begs to differ: "The hike itself is rather unspectacular with desert bushes on either side of you and the Los Angeles pollution rising over the clouds. By the time you find yourself in a position to take a decent photo with the sign, you'll probably be dripping in sweat, red in the face, and on the verge of a heat stroke."

What to Do Instead: Enjoy this landmark from afar by visiting The Griffith Observatory where you can witness an Instagram-worthy view. Leigh Ann says to get there an hour before sunset and enjoy the city lit up afterward.