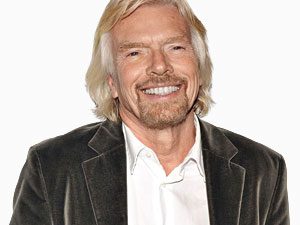 Tom Canham/Getty Images
Be cool — stay in school, the saying goes. Recent reports show that a rising number of college graduates are topping off their résumés with $135,000 law degrees in hopes of getting ahead in the postrecession economy. But one look at this Forbes list of billionaires who never graduated from high school will make you wonder: If you want to be rich, should you ditch?

Carl Lindner, Jr.
This billionaire dropped out of high school to deliver milk for his family’s dairy. In 1984, Lindner bought Chiquita Brands International (formerly United Fruit Company and United Brands Company) and ran it until 2001. Lindner’s estimated net worth: $1.7 billion.

François Pinault
It’s hard to believe that the third-richest man in France — with holdings like Gucci, Christie’s auctioneers, Samsonite, and Puma — quit high school in 1947 to work at his father’s lumber mill. Pinault has amassed an $8.7 billion fortune.

Kirk Kerkorian
This megaresort tycoon, who dropped out to pursue amateur boxing in the eighth grade, is now worth $3.1 billion

Amancio Ortega
The founder of Inditex, a fashion empire that includes brands Zara and Massimo Dutti, ditched at age 14 to run errands for mom-and-pop shirt stores. Ortega, now the richest man in Spain, is worth $31 billion.