This Man Got West Nile Virus While at Work. Is His Company to Blame?

Is a railroad company responsible for keeping potentially disease-carrying insects away from its employees?

Every morning when William Nami and his crew stepped out of their truck to repair and replace the rail line in Sweeny, Texas, they were swarmed and bitten by mosquitoes.  It shouldn’t have been a surprise; Sweeny had long ago christened itself “the mosquito capital of the world.” Still, those working on the job from July to October 2008 amid tall grasses were basically a buffet for the mosquitoes, especially after September 13, when Hurricane Ike blew through and left pools and puddles everywhere.  It didn’t help that the door on the  cab of the tamping machine, where 58-year-old William spent his days leveling the track and packing the  crushed stones that lay under­neath the tracks, didn’t close completely and there were holes in the floor. He could never escape the bugs. William reported the problems to his supervisor at Union Pacific Railroad, where he’d worked for 32 years, but he says the company didn’t repair them, mow the grass along the railroad tracks, or provide bug spray.

On October 22, William’s daughter Sarah Nami found her father slumped over on the couch at home. He was sweating and mumbling incoherently, and he had a fever  of 103. Sarah called her mother,  who rushed home from work, and  together they lifted William off the couch and got him to the emergency room. After many tests, William  was diagnosed with West Nile virus, an infectious disease spread by  mosquitoes that can develop into a  potentially life-threatening neurological infection. As a result, he developed encephalitis and has suffered permanent damage, including cognitive impairment, muscle weakness, and decreased kidney function. He can no longer work.

In 2012, William sued Union  Pacific under the 1908 Federal Employers’ Liability Act, which protects railroad workers hurt on the job. He claimed the company was negligent for not providing him a safe work environment. Union Pacific argued that since 2002, the company had held several safety meetings and sent a bulletin to employees about the threat of West Nile (which  William said he’d never received  and knew nothing about). Plus, it was impossible to tell whether the mosquito that infected William bit him at the work site in Sweeny or at his home, at a football game, or, really, any place he went outdoors during the time he had that job.

Was Union Pacific negligent because it didn’t protect an employee from mosquitoes? You be the judge.

No, it was not. A jury in the District Court of DeWitt County did find that Union Pacific was negligent and deserved 80 percent  of the blame for William Nami’s illness. (It ruled that William himself was 20 percent to blame because he didn’t try to mitigate the problem with bug spray or long-sleeved shirts.) William was awarded $752,000 in damages, and ­Texas’s 13th Court of Appeals upheld that ruling. But the Supreme Court of Texas overturned those rulings. It cited a common law doctrine called ferae naturae, which states that a landowner is not liable for the acts of wild animals on the owner’s property if the owner hasn’t attracted the animals on purpose. The court decided that the law applied to business owners as well. “There is no evidence that Union Pacific could have done anything to prevent mosquitoes throughout the area from being around its siding and tracks,” explained the Supreme Court on June 24, 2016. Further, “Union Pacific did  nothing to attract mosquitoes, indigenous to … all South Texas.” “Basically,” says the railroad’s attorney, Bob Burns, “the railroad couldn’t be found to be negligent for the actions of mosquitoes.” Next, read up on these mosquito-borne diseases that you need to know about. 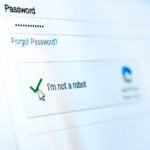 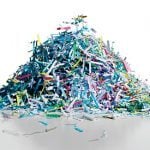 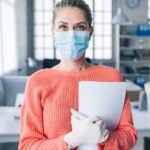