Sorry, but "I'm sorry" does more harm than good. 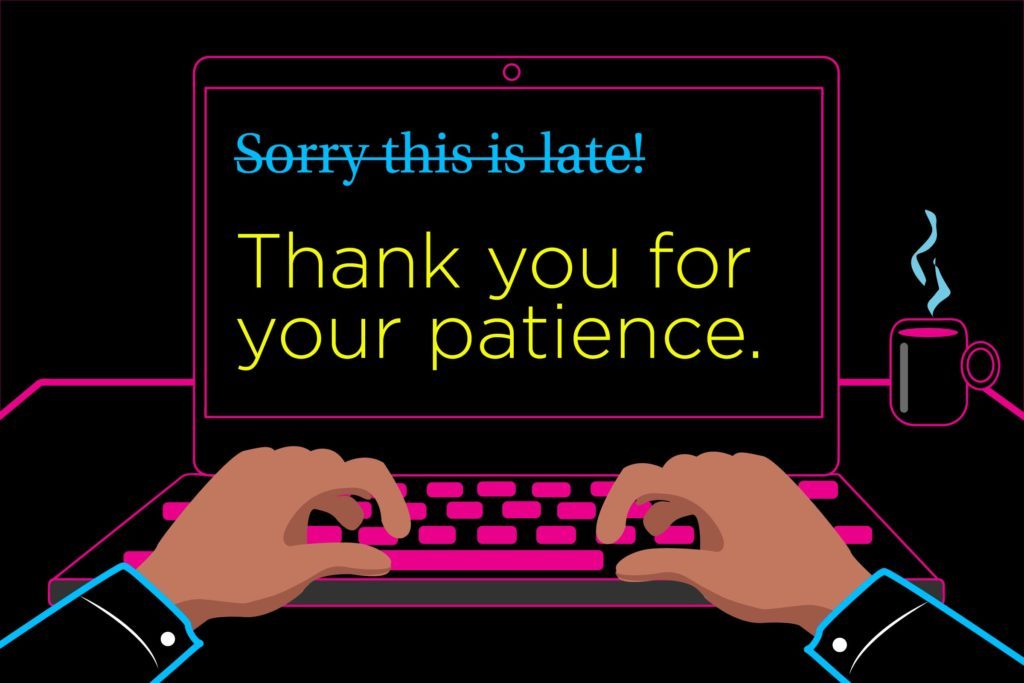 Avoid the phrase: “Sorry this is late!”

Instead say: “Thank you for your patience.”

As often as possible, try to frame your contributions in a positive light (even if the situation is negative —say, if you missed a deadline by a few hours). Being grateful instead of repentant will usually leave a better taste in your coworker’s mouth, and that can have a big impact on how they remember you next time. If they bring up your tardiness after the fact, then you can apologize. (That said, don’t make a habit of being late to begin with! Here are 13 habits of people who are always on time.) 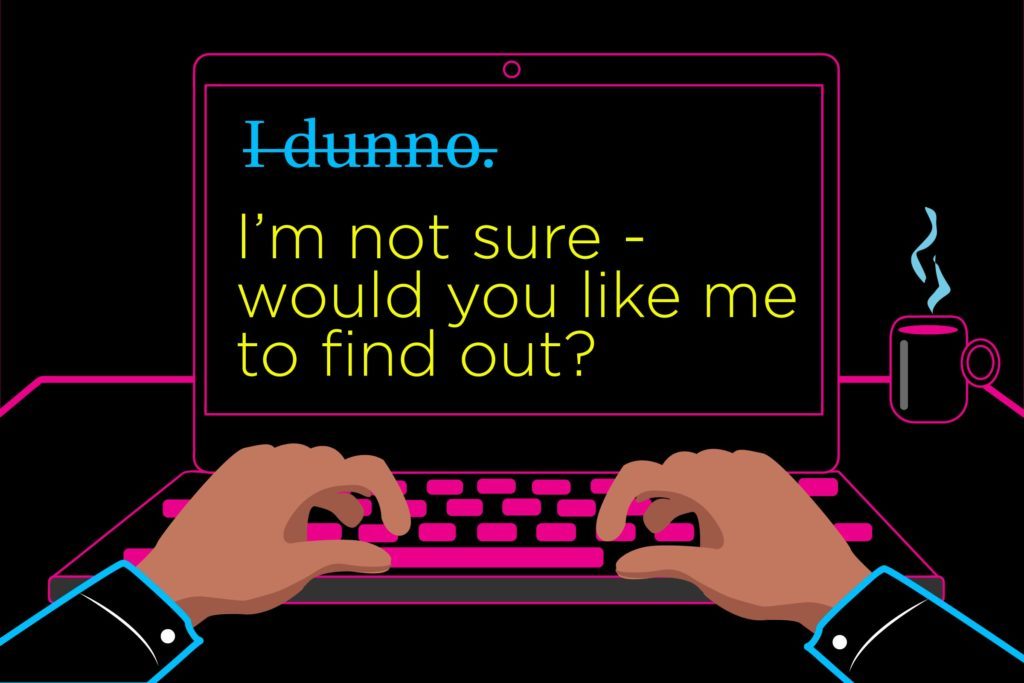 Avoid the phrase: “I dunno.”

Nobody expects you to have all the answers all the time. However, letting a conversation rest on “I don’t know,” can show an unwillingness to learn or to exert yourself in pursuit of a better outcome. “I’ll find out” shows initiative, and shows your coworker that a question that’s important to them is also important to you. You’ll bank much more respect this way. Here are 9 voice tricks to get more respect at work. 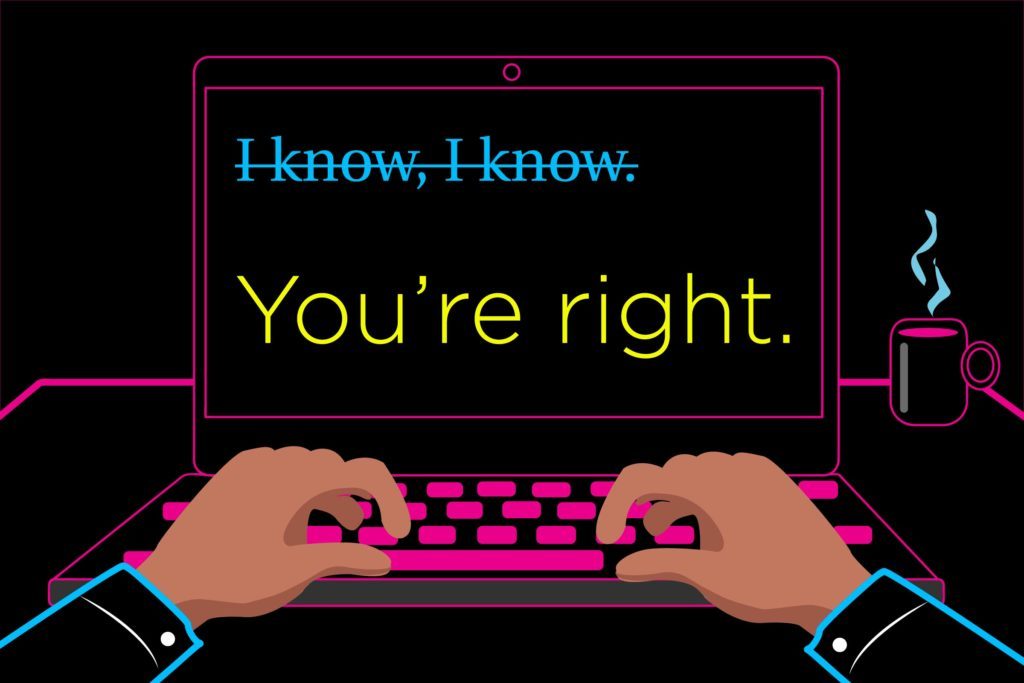 Example: a coworker says, “It would be faster if you downloaded Gmail.” You can say, “I know, I know— I’ve been considering it” and sound like an ungrateful know-it-all, or say “You’re right—I’ve been considering it,” and sound like you not only hear what they’re saying, but respect their opinion at that. Everyone likes to be acknowledged for being right. Use this phrase liberally. 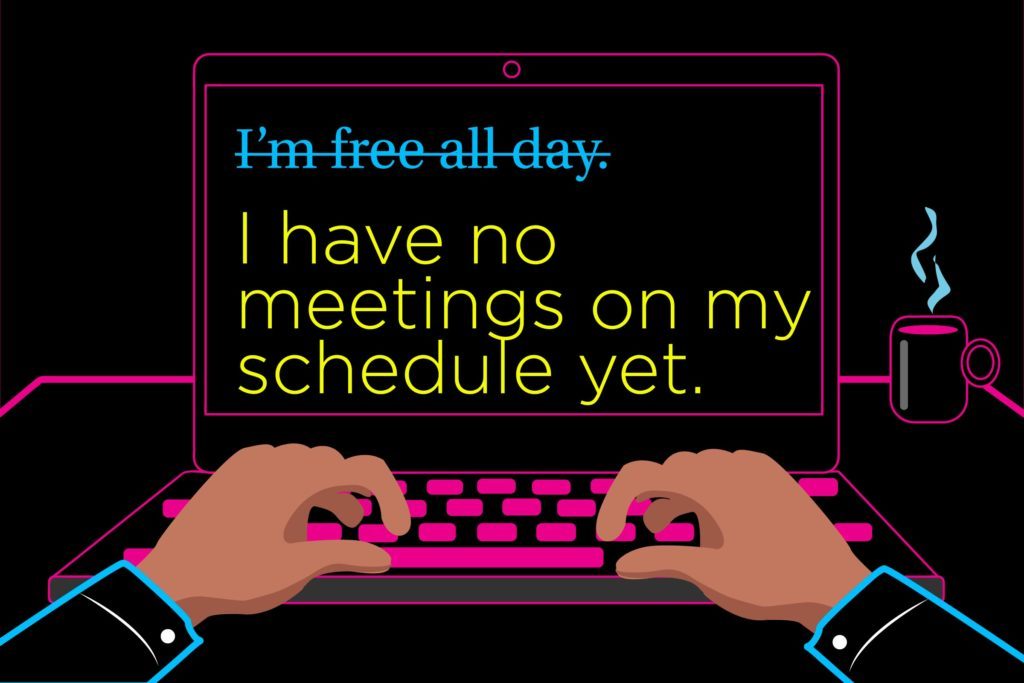 Instead say: “I have no meetings on my schedule yet.”

When trying to schedule a meeting or phone call with someone, don’t make it seem like you’ve got nothing better to do. You’re at work—you should never be “free all day.” Even though astute coworkers will know you’re not speaking literally, use this phrase too often and you will sound lazy. Instead, be clear: “I have no conflicting meetings yet.” This sounds much more professional, and they “yet” gives you a built-in out if you need to reschedule later on. Here’s the surefire way to look smart in a meeting. 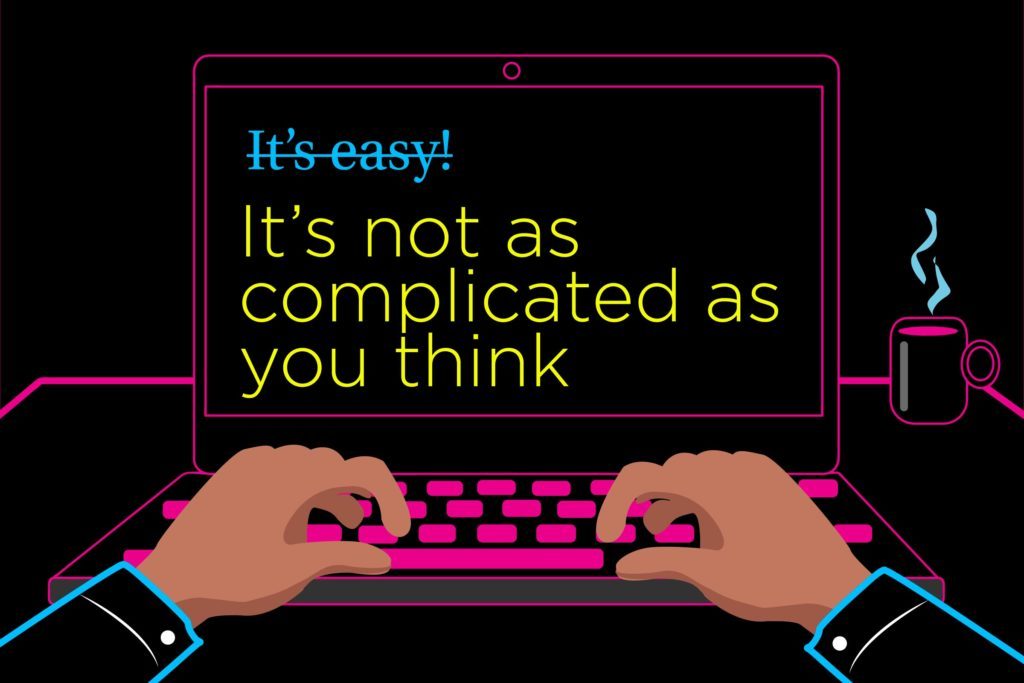 Instead say: “It’s not as complicated as you think.”

When trying to explain a concept or process to a coworker, it’s tempting to make the work sound simple. But be careful: calling something “easy” is a surefire way to make someone feel dumb and upset if they don’t grasp it right away. A person is much more likely to make repeated attempts to learn a new skill if they believe they’re overthinking it, rather than being too dumb to comprehend it. 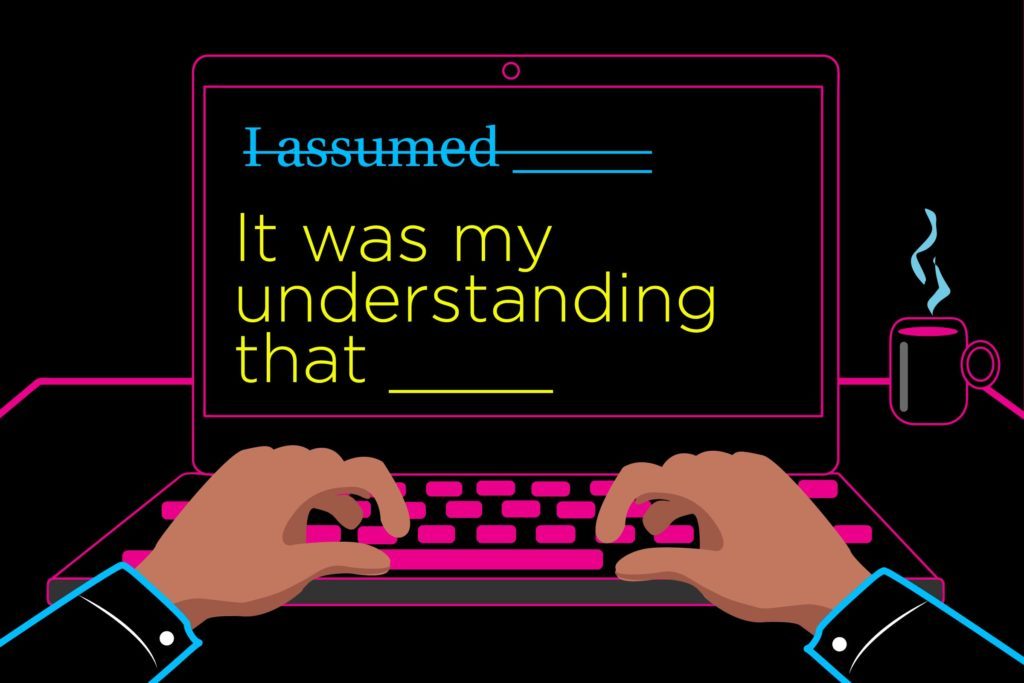 The old slogan rings true: “When you assume, it makes an ass out of u and me.” Using this word in the office makes it sound like you made a decision without proper evidence or due diligence, and that just looks sloppy. Saying “it was my understanding” makes it clear you tried to see things from another perspective, and make the best decision given the available evidence. Even if you were wrong, seeking to understand someone else’s motivation shows emotional intelligence, and every reliable worker needs emotional intelligence. These are the soft skills every employer looks for.