Far from a pleasure cruise, our round-the-globe trip with Semester at Sea was a profound voyage of discovery. 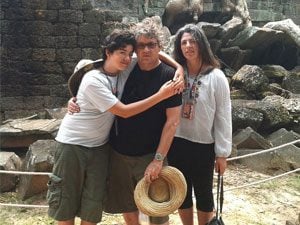 What kind of right-thinking person takes off in the middle of her life to travel around the globe on a refitted cruise ship with 750 college students? That would be me, or, more accurately, me along with my 12-year-old son, Asher, and my husband, Paul. A poet, Paul had been hired to teach for Semester at Sea, a program that takes college students and instructors on ocean voyages.

I’ll admit that I went reluctantly. I did not want to take my son out of seventh grade, nor did I want to be an ocean away from my parents (both in their 80s) and my college-aged daughter. But long ago, a more intrepid teenage version of me had gone to Maine on an Outward Bound course, where I spent weeks rowing through frigid waters and soloing on uninhabited islands. Now the overarching lesson of that experience came back to me: Ships may be safe inside the harbor, but that is not what ships are for. So when, in the course of a person’s generally settled life, she is offered the opportunity to voyage around the world with her husband and child, her only possible response is: yes.

On the appointed day, we boarded our ship in Fort Lauderdale with a handful of exotic visas and an armful of exotic inoculations, bound for San Diego the long way around. Our stops would include Dominica, Brazil, Ghana, South Africa, Mauritius, India, Singapore, Vietnam, China, and Japan. While Paul taught, I would work on a novel and bully Asher through a reading list of books I’d paired with our ports (Lord of the Flies in Dominica, Cry, the Beloved Country in South Africa, Hiroshima in Japan). I hired a student to tutor him in math, and he audited college classes in chemistry, anthropology, and film. My husband and I would share a tiny cabin, with our son in an even tinier one across the corridor.

“This is not a cruise; this is a voyage of discovery” is Semester at Sea’s unofficial motto, and that statement, although hokey, was true. The students embarked as cheerful American kids, open-minded and up for adventure, even as the faculty tried to prepare them for the cultures they’d encounter. “You consume ten times as many resources as the average citizen in most of the countries we’ll be visiting,” one professor said. “You may not be aware of the disparity. But they are.”

By the time we left Africa, most of the kids were reeling. At a debriefing after leaving Ghana, students described a level of disorientation so profound that I couldn’t help thinking, This is what it sounds like when hundreds of minds are blown simultaneously.

One group, who visited a village in the northern part of the country, told us how the women walked miles to fetch water because the well was broken. The amount needed to fix it turned out to be pocket change—literally, the students covered the needed repairs with what they had in their pockets. “So I didn’t buy a souvenir,” one young woman said when she described how the village elders had embraced her in gratitude. Another student, the first in her family to attend college, had always thought of herself as poor. “Now I don’t know what I am,” she said.

I’d had my own disorienting experience in the backseat of a taxi in Accra, Ghana’s capital. Frantically looking back and forth between the map in my hands and the streets flying by outside, I saw that the two versions of the city had almost nothing to do with each other and that my legendary (within my family) map skills were useless. I had no idea where I was. I felt completely untethered from the familiar, propelled into a place that was not logical. It was a profoundly uncomfortable sensation, but I thought, If you’re not willing to give up some small measure of control, you might as well not go anywhere. 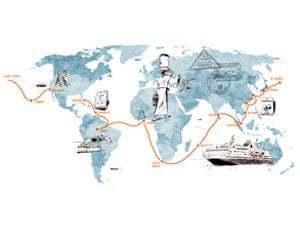 Peter Oumanski for Reader's DigestAnd so, I surrendered. During my 100 days, I subdued—OK, with pharmaceutical help—my arachnophobia long enough to board a riverboat traveling up the Amazon, where I spent two nights sleeping in a hammock and listening to the rain forest. I toured the mesmerizing and appalling slave castles on Ghana’s coast; camped in the tea plantations of Munnar, India; and hiked on a remote, unrestored section of the Great Wall of China. In South Africa, I listened to a former prisoner describe his life at Robben Island with Nelson Mandela; in Cambodia, I heard a guide report witnessing the death of his eight-year-old sister as his family tried to escape the Khmer Rouge.

I watched the sun set over Cape Town and rise over Angkor Wat. I ate manioc, fufu, Peking duck, dosa, and shabu-shabu. In Singapore, I consumed the single most surreal dish of the voyage: a sparerib, basted in chocolate, covered with whipped cream, and topped with a cherry.

As we neared San Diego, one professor told me that he had never felt “more present” than he had on our voyage. I had to agree, although in one sense, I was significantly less present than when I’d embarked. I’d lost 15 pounds, the result of persistent low-grade seasickness and the ship’s execrable food (although credit must also go to an intestinal bug I picked up in Africa).

And while I may not have recovered the bravery of my younger, Outward Bound self, I was amazed by what I had done. I’d circumnavigated the globe with my son and husband and returned home, full of sights and experiences from places I’d never thought I’d visit. (And the three of us were still on speaking terms!)

Sometimes we are outward bound for reasons that aren’t particularly courageous, but bravery isn’t the only attribute worth having. Saying yes to an adventure, for whatever reason, brings its own rewards, and it’s never too late to relearn something I’d managed to forget: Ships may be safe inside the harbor, but that is not what ships are for. 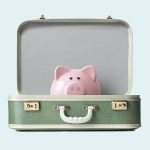 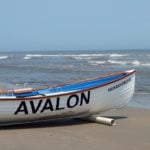 I Go On the Same Vacation Every Year—Here’s Why