Plumbers around the country give us the scoop on how to find a good plumber, lower your water bill, and save money on repairs.

1. Don’t hang clothes on those exposed pipes in your basement. I’ve seen them break and flood a basement.

2. I see this all the time: Women want a new toilet seat and ask their husbands to make the switch. If the seat is old and has metal bolts, you probably need to cut it off with a hacksaw, not unscrew it. A wrench may slip, damaging the bowl and bloodying your knuckles.

3. Don’t get wrapped up in how much I’m charging for the materials. “Sure, my material cost is different than the guy who runs his business out of his garage,” says Bill Stevens, owner of  Berkey’s Plumbing, Heating & Air Conditioning  in Texas. “But it’s not the copper you’re paying for, it’s the experience. At the end of the day, my material cost is between 25-30 percent of the cost of the job.”

4. Another way to avoid a service call from your plumber is to make sure the outside faucets are turned off in the winter and make sure you disconnect the outside hoses. You need to shut the water off from the inside. We call this valve a “tit.” Then, open the valve on the outside to let the water that’s in there drain out. So you switch both of them to the opposite direction so one is always closed and one is always open. We have to fix tons of these in the spring mostly because people leave their outside hoses connected and they freeze up. The repair could cost $100-$200 or more. Another tip would be if you’re going away for any length of time, like on vacation, turn off your water, and if on any of those days the temperature drops below freezing have someone check in on your house. I’ve been called to homes where the family returned from vacation and there was water flooding out from the front door.

5. A company that has a good reputation for quality service might charge a little more up-front, but you’ll save in the long run by avoiding call-backs and extra charges. Look for a company that warranties its service for up to a year for major installations or repairs.

7. Sure, we’ll be happy to check those supply valves under your sink free of charge after we finish the work you’re paying us for.  Just ask. Same goes for checking your water pressure.

8. I had another lady who said she wanted to run to the grocery store to get some coffee to make for me and my guys while we were installing her new kitchen. She said she was just gonna run to the store and asked if we wouldn’t mind keeping an eye out for her 1-year-old daughter who was sleeping at the time. We said fine, but she ended up not returning until four hours later. The kid was screaming her head off and we didn’t know what to do. We tried holding her. We didn’t know if she was hungry or what to feed her. She just kept crying.

9. “Don’t assume that every Mr. Fix-it advertising his services in the local Pennysaver or on craigslist is a licensed plumber,” says  one New York plumber. There is no national standard for issuing licenses. Some plumbers are licensed by the state, others by the counties they work in. Check with your local city hall or chamber of commerce. They should be able to direct you to the appropriate source for a list of licensed plumbers in your area.

10. When I was working regularly at a senior citizens housing building I was walking into the building and one lady was outside, and I said “Hi Grace! What are you doing?” She said, “Picking apples.”  “But aren’t you cold?” I asked. “No, I need to pick these apples because I’m going to be making an apple pie for Thanksgiving,” she replied. “But aren’t you cold?” I asked again.  You see, she was stark naked. All she had on was a hat and a pair of boots.”

11. “Don’t go to the Yellow Pages to find a plumber,” says Berkey’s Bill Stevens. “It’s like guessing lottery numbers. Anyone can make an appealing ad, but that doesn’t mean they are legitimate. In this industry, it’s easy for a plumber who develops a poor reputation to advertise under a different name. They come and go.” Look for a plumber who is well-established in your community. Check the Better Business Bureau and read customer reviews at sites such as ServiceMagic.com, AngiesList.com or Citysearch.com. Local contractors or plumbing fixture stores can also refer you to a quality plumber, according to Grady Daniel, who owns a plumbing company in Austin, Texas. “Most of these firms won’t work with bad plumbers.” Or simply ask your neighbors for a referral. A trusted plumber that consistently delivers quality service does not remain a secret for very long.

12. Be wary of price quotes that are strikingly lower or higher than competitors. Get a minimum of three bids. Estimates for an average-sized job should be within a few hundred dollars. Be suspicious of anything that is substantially lower or double the price of the rest, and watch out for hidden fees, like charges for travel expenses. A good plumber will not nickel and dime you like this, and many of us will offer free estimates.

13. You’re calling to say your garage-door opener doesn’t work ever since I fixed your faucet? Get a clue—and an electrician. 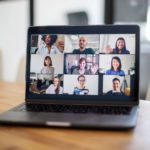 55 of the Most Useful Zoom Keyboard Shortcuts