2012 Election: And the Funniest Candidate is…

Before their comedic routines at the 67th annual Al Smith charity event in New York City last week, President Barack Obama and Republican nominee Mitt Romney made our readers laugh with their best jokes in our exclusive Presidential Laugh-Off.

In the midst of campaign season, our editor-in-chief Liz Vaccariello interviewed  President Obama and Governor Romney for our November issue. One of her questions, speaking to the Reader’s Digest humor tradition, invited the candidates to share their favorite joke. Without revealing who said what, we invited our readers to vote for the joke that made them laugh the most. Romney’s anecdote about his wife was the clear winner, with 65 percent of the 3,833 votes received.

Here are the competing jokes, with their respective sources revealed:


“While in a large room of supporters, I turned to my wife and said, ‘In your wildest dreams, did you see me running for political office?’ And she turned back and said, ‘Honey, you weren’t in my wildest dreams.’”


“A four-year-old boy saw a picture of the president. His parent said, ‘Do you know what that man does?’ The boy looked and said, ‘Yes: He approves this message.’”

For more of our Election 2012 coverage, read our follow-ups to the first and second presidential debates, as well as the VP debate. 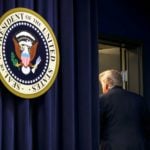 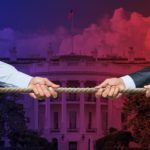 Here’s What Happens If a President Won’t Leave Office