“Something as simple as knowing how to apply pressure to stop or slow bleeding can save a life,” says Marni Bonnin, MD, an ER doctor in Birmingham, Alabama.

Plus: 15 Secrets the ER Staff Won’t Tell You

THE 411 ON 911
1. “Denial kills people. Yes, you could be having a heart attack or a stroke, even if you’re only 39 or in good shape or a vegetarian.”
—Dennis Rowe, paramedic, Knoxville, Tennessee

2. “Don’t call us for a broken finger. If there’s no real emergency, you’ve just clogged up the system.”
—Arthur Hsieh, paramedic, San Francisco

3. “Your emergency isn’t necessarily our emergency. In my region, we send an ambulance for all calls, but we don’t use the sirens unless it’s Code 1, which means someone’s bleeding or having chest pain or shortness of breath—basically things you could die from in the next five minutes.”
—Connie Meyer, RN, paramedic, Olathe, Kansas

4. “Don’t hang up after you tell us what’s wrong. The operator may be trained to give you instructions in CPR and other medical procedures that could be lifesaving.”
—Dennis Rowe, paramedic

AN AMBULANCE ISN’T A FANCY TAXI
5. “In a true emergency, we’re not going to drive 30 miles to the hospital that takes your insurance when there’s a good one two miles away. But if there are many ERs near you, know which one you prefer because we might ask. Find out where your doctor practices, where the nearest trauma center is, and which hospital has the best cardiac center.”
—Connie Meyer, RN, paramedic

6. “In most cases, we can’t transport someone who doesn’t want to go. Uncle Eddie may be as sick as a dog, but if he says he doesn’t want to get in an ambulance, we need to respect his wishes.”
—Arthur Hsieh, paramedic

7. “If the patient is stable, and 97 percent are, there’s no reason to drive 60 miles an hour on city streets. Have you ever tried to put an IV into someone’s arm in the back of a speeding ambulance?”
—Don Lundy, paramedic

9. “The busiest time starts around 6 p.m.; Mondays are the worst. We’re slowest from 3 a.m. to 9 a.m. If you have a choice, come early in the morning.”
—Denise King, RN, Riverside, California

10. “People who are vomiting their guts out get a room more quickly. The admitting clerks don’t like vomit in the waiting area.”
—Joan Somes, RN, St. Paul, Minnesota

11. “We like the rapid turnover, so we don’t want you stuck in the ER while you’re waiting to be admitted. If we wanted to care for the same patient for hours at a time, we would work on an in-patient ward.”
—Denise King, RN

12. “Never tell an ER nurse, ‘All I have is this cut on my finger. Why can’t someone just look at it?’ That just shows you have no idea how the ER actually works.”
—Dana Hawkins, RN, Tulsa, Oklahoma

WE NEED YOU TO COOPERATE
14. “We don’t have time to read the background on every patient. So if you’re having stomach pain, and you’ve had your appendix or gallbladder removed, tell us so we don’t go on a wild-goose chase.”
—Dana Hawkins, RN

15. “Be honest about whatever happened. Don’t be a hypochondriac, and don’t answer yes to every question. It will only screw up your care.”
—Emergency medical technician, Middlebury, Vermont

16. “I once had a patient say he didn’t take any medications. Later he mentioned he was diabetic. I looked at him and asked, ‘Do you take insulin?’ He said yes. Well, that’s medicine.”
—Allen Roberts, MD

17. “If you haven’t had your child immunized, admit it. That’s important information for us to have.”
—Marianne Gausche-Hill, MD, emergency physician, Torrance, California

18. “Some ERs don’t allow more than one visitor per patient for a reason: You get in our way. Nominate someone to be in the ER and have that person relay information to everyone else in the waiting room.”
—Donna Mason, RN, ER consultant, Nashville, Tennessee

19. “Tell us about any herbal treatments you’re taking. I treated a young man who had put aseptil rojo on some abrasions. It turned his urine red—but we didn’t find the cause until after we’d done a lengthy workup.”
—Marianne Gausche-Hill, MD

20. “It’s not uncommon that I get a patient who refuses to have the tests I recommend. I had a volatile conversation with a family who didn’t believe in medicine. What did you expect in the ER?”
—Joan Shook, MD, emergency physician, Houston, Texas

WE DON’T BELIEVE YOU
21. “Never, ever lie to your ER nurse. Their BS detectors are excellent, and you lose all credibility when you lie.”
—Allen Roberts, MD

22. “Some of us are pretty good at spotting people who come in to score pain medication—especially if you’re specific about the drug you want or you don’t look like you’re in that much pain but you drove an hour from your home to get there.”
—Denise King, RN

23. “We hear all kinds of weird stuff. I had a woman who came in at 3 a.m. and said she’d passed out while she was asleep.”
—Emergency physician, suburban Northeast

WE PLAY FAVORITES
24. “Get rid of your entitlement mentality. It’s bad in your general life but really bad in the ER. We’ll treat you, but we might not be nice.”
—Allen Roberts, MD

25. “Your complaints about your prior doctor will not endear you to us. The more you say, the less we want to deal with you.”
—Allen Roberts, MD

26. “If you come in with a bizarre or disgusting symptom, we’re going to talk about you. We won’t talk about you to people outside the ER, but doctors and nurses need to vent, just like everyone else.”
—Emergency physician, suburban Northeast

WE CAN ONLY DO SO MUCH
27. “If you come into the ER with a virus, don’t get mad if we can’t tell you exactly what it is. If we’ve ruled out any serious problems, you’re going to have to follow up with your primary care doctor.”
—Jeri Babb, RN

28. “We really don’t have anything to offer the person who comes to the ER with cold symptoms that have lasted a day or two. It’s a waste of everyone’s time.”
—Emergency physician, suburban Northeast

29. “It’s common to see families who have overmedicated their kids with asthma medication. You can’t just give your children two or three times as much as they’ve been prescribed.”
—Joan Shook, MD

30. “Because so many hospitals are overwhelmed, we may not be able to unload the ambulance as soon as we get there. We’ll stay with you until we can hand you off to the nurses. We do the best we can with a bad situation.”
—Connie Meyer, RN, paramedic

SPEAK UP, PLEASE
32. “If your doctor sends you to the ER so you can be admitted to the hospital, ask him to send the orders to the hospital instead. It’s more paperwork for him but could be quicker for you. And it doesn’t jam up the ER with nonemergency patients.”
—Denise King, RN

33. “Some patients withhold information they’ve already received from their primary care physician just to see if we come up with the same diagnosis or treatment. Don’t. All you’re doing is slowing us down.”
—Joan Shook, MD

SAY THANK YOU
34. “Some people have no clue how close they came to dying before being saved by emergency interventions. I’ve seen serious stroke, heart attack, and trauma patients lead normal lives after events that should have killed them. If only they knew.”
—Ramon Johnson, MD, emergency physician, Mission Viejo, California

IN CASE OF EMERGENCY
• Bring someone with you, or have someone meet you there.
• Check the heart attack and pneumonia success rates of the ERs near you at hospitalcompare.hhs.gov.
• Make a list and carry with you at all times: your doctors’ names and phone numbers, medications you take, food and drug allergies, a short medical history, phone number of a relative or friend to call in an emergency (find a form online at
medIDs.com).
• Enter your emergency contact into your cell phone too. • Make sure your house number is clearly visible from the street. The faster EMTs can find you, the faster they can help you.
—Becky Batcha

14 REASONS TO GET TO THE ER
• Loss of consciousness
• Chest or severe abdominal pain• Sudden weakness or numbness in face, arm, or leg
• Sudden changes in vision
• Difficulty speaking
• Severe shortness of breath
• Bleeding that doesn’t stop after ten minutes of direct pressure
• Any sudden, severe pain
• Major injury, such as a head trauma
• Unexplained confusion or disorientation
• Severe or persistent vomiting or diarrhea
• Coughing or vomiting blood
• A severe or worsening reaction to an insect bite, food, or medication
• Suicidal feelings

HELP YOURSELF: LEARN FIRST AID
“Something as simple as knowing how to apply pressure to stop or slow bleeding can save a life,” says Marni Bonnin, MD, an ER doctor in Birmingham, Alabama. To keep handy: the American College of Emergency Physicians’ newly updated First Aid Manual ($14.95; acep.org). 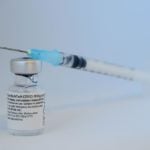