9/11: One Remarkable Story Out of Many

Each year, the New York Says Thank You Foundation helps a community in need as a way of repaying them for 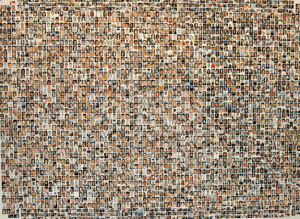 Each year, the New York Says Thank You Foundation helps a community in need as a way of repaying them for their support after the World Trade Center terrorist attacks. This year, the organization will pay tribute to Ann Nicole Nelson, a bond trader for the investment bank Cantor Fitzgerald and the only North Dakota native who died on September 11, 2001, by building Annie’s House, a ski lodge in Bottineau, North Dakota. The lodge will provide ski lessons and equipment to children and young adults with mental and physical disabilities.

The idea for the project to honor  Ann’s life started when Jeff Parness, founder of the New York Says Thank You Foundation, read a story describing a list that Ann’s mother Jenette Nelson found on Ann’s laptop five years after her daughter’s death. Here’s part of what he read: “Getting lost in the computer became part of Mrs. Nelson’s after-work ritual, though she never bothered to open a file that said “Top 100″; probably some music, she figured. Then, [one day] who knows why, click. What she found was a catalog of goals, humanly incomplete: a list that reflected a young woman’s commitment to the serious, to the frivolous, to all of life. That night, Mr. and Mrs. Nelson sat down with the list, and were with their daughter again.”

Number 7 on the list caught Parness’ eye: “Buy a house in North Dakota.”

“We called [Ann’s] mother and said what if we build your daughter her house and turn it into a structure that brings to life all of the things she cared about on her bucket list—skiing, kids, the disadvantaged and the disabled,” says Parness.

The remarkable story of Ann’s life and her mother’s discovery reminds us that behind each photo of the nearly 3,000 people who died on 9/11 is a family finding new ways to honor and remember the ones they lost.