If you’re wondering how Kate Middleton is doing with her “acute morning sickness,” just ask her nurse. Proving that royalty 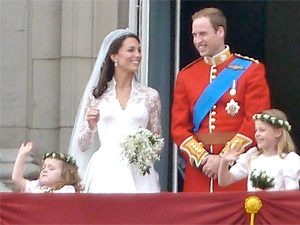 If you’re wondering how Kate Middleton is doing with her “acute morning sickness,” just ask her nurse.

Proving that royalty doesn’t always get special treatment, details about the Duchess of Cambridge’s medical condition were released to two Australian radio hosts when they called King Edward VII Hospital in London and posed as Queen Elizabeth II and Prince Charles.

The hospital issued an apology for the breach of privacy and the radio station, 2Day FM, also apologized for the on-air shenanigans.

News that a royal baby is on the way has created a frenzy, stateside and across the pond. What will the baby look like? Who will be the royal godparents? Will she or won’t she have a traditional palace birth? What does life have in store for royal offspring? And, perhaps most importantly, what does the royal fetus have to say?