Sometimes the best way to communicate is to not communicate at all. This is the funny/not funny lesson of Alan Alda, acclaimed actor, star of M*A*S*H, writer, director, and author. 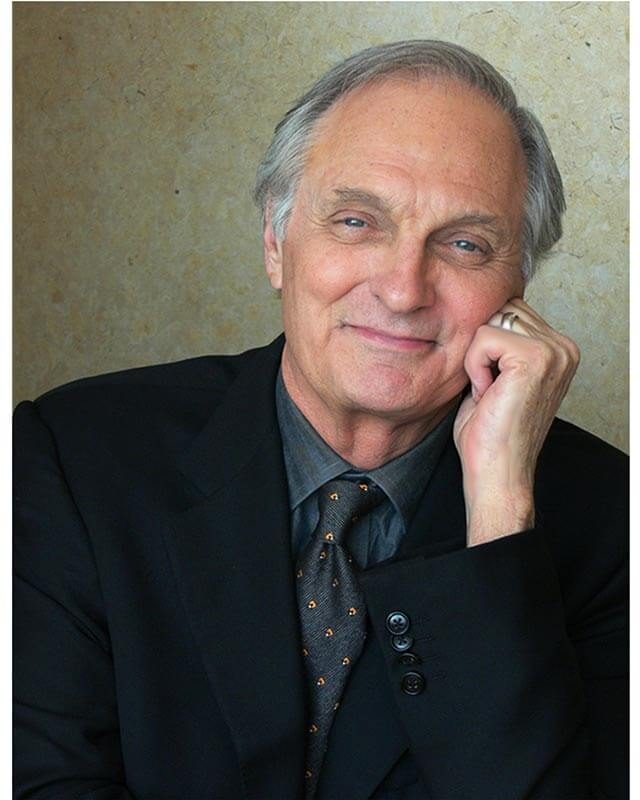 It’s true that for three weeks I’d heard the suggestion daily that I’d be a good catch since I was an actor. I was a sure-fire ticket out of the place.

Something like that seemed extremely unlikely—until, at the end of three weeks, two inmates came over to me, each taking an arm in an iron grip, and told me they were taking me hostage. Their grip was a message that they were serious, and I got it. I knew these men well by this time. One was fearless and the other was just crazy.

I had been filming a movie in the prison, and this was the last day of the shoot. The final shot was set just a few feet from the door to the outside world. It would be a convenient place to take a hostage if you had someone in an idling car in front of the building.

The men at my side were among the three thousand inmates who crowded around us each day as we filmed in their exercise yard. We got to know them pretty well. Many of them were acting as extras, and all of them seemed to want to tell us their life story, especially the part about how they didn’t do it.

Prison is a sad place, full of violence and the constant threat of violence. That’s what our movie was about, but for us filmmakers, there was an air of protection around us. We were in a scary place, but I didn’t feel in danger—until the director started suggesting to the inmates that they take me hostage.

“They’ll never stop you if you have an actor with you,” he said. I tried to get him to stop saying that, but he seemed to think it was a hilarious idea and repeated it whenever we were surrounded by an audience of hold-up men and murderers.

One of the inmates was a tall, muscular young man with a neck size that seemed in the triple digits. In one instructive conversation, he explained to me that once he got out of prison, if he was holding up a drug store and I happened to be near the cashier, he would kill me. It was just simple arithmetic. It would be his third offense and he couldn’t afford a witness who might send him back to prison for life. The part I didn’t care for the most was the smile that danced on his lips as he told me he would shoot me.

On the last day of filming, he was on one side of me. The person on the other side was a short semi-hysteric who had insisted to me one day that he intended to perform the stunt in the movie of leaping five floors to his apparent death. When I explained that a real stuntman would probably do the bit, he explained back to me that the stuntman would be dead if he tried. Anyway, he said, he was qualified. He had jumped out of a second story window once to avoid the police, landed on his head, and it hadn’t hurt him at all.

While they marched me to the wall, the tall one took a matte knife from his pocket and showed me the blade before he held it to my throat. “You think we’re kidding,” he said. “We’re not. We’re getting out of here, and we’re taking you with us.”

This is when I learned one of the great lessons of my life. Without deciding to, I did something utterly simple and completely useful.

These are the daily habits of good listeners.

courtesy alan aldaI’ve come to believe that listening is vital to communication—listening in every way you can, with your eyes, with your ears, with all of your senses. What is this other person thinking, what are they feeling? (Here’s how to use body language for better relationships.) I’ve written a book about this. In workshops, I’ve helped thousands, including people in science, medicine, and business, learn to make this kind of intimate connection. But at that moment, with my back against the wall, and a knife to my throat, I fell into it without thinking.

I’ve told this story before in a memoir but even in that telling, I didn’t realize that I was engaging in the most vital element of communication: listening and watching for what the other person is thinking and feeling. Empathy.

Instinctively, I wasn’t concerned with what I had to tell them (Don’t do this!); instead, I was tracking them. If I was going to say anything, it had to connect with their point of view or it had little chance of even being heard.

Things got worse when a prison guard walked over to us.

The handle of his gun poked out of its holster. It was only a few inches from the hands of the inmates, and easily reachable. The boys at my side were still whispering in my ear, “We’re getting out, and we’re taking you with us.”

The guard did know what the inmates’ point of view was, and he addressed it. “Come on, boys,” he said. “You don’t want to go to Max for this.” The only problem was that he didn’t seem entirely convinced of his own power. His voice was trembling and his lips had a slight twitch. If these guys weren’t joking, the handle on the revolver was getting bigger and more inviting.

After an eternity, they lowered the matte knife and laughed. It was a joke, instigated by the director of the film. I never found out if they went to Max on charges of flopping at comedy.

I wonder, though. What if it had started as a joke, but grew into something more serious if I blurted out the wrong thing, not listening for what they were thinking?

Years later, I reflect on how important listening can be. Real, deep listening.

It could save your life.

Don’t miss the clear signs that you’re a bad listener.

**
Alan Alda is an acclaimed actor, star of M*A*S*H, writer, and director, and author of If I Understood You, Would I Have this Look on My Face? My Adventures in the Art and Science of Relating and Communicating, a New York Times bestseller. Alda’s many years of interviewing guests on PBS’ Scientific American Frontiers led him on a quest to develop ways to help us learn how to communicate better. In his new book, Alda reflects on moments of miscommunication in his own life, and teaches us ways to build empathy, use improv games, storytelling, develop a mind-reading ability, and more, all in an effort to improve the way we relate and talk to others.

50 Parents Quotes That Perfectly Sum Up Being a Parent