If You’re Over the Age of 50, You Need to Get This Vaccine

Even if you haven't had chickenpox, you need to get this vaccination. 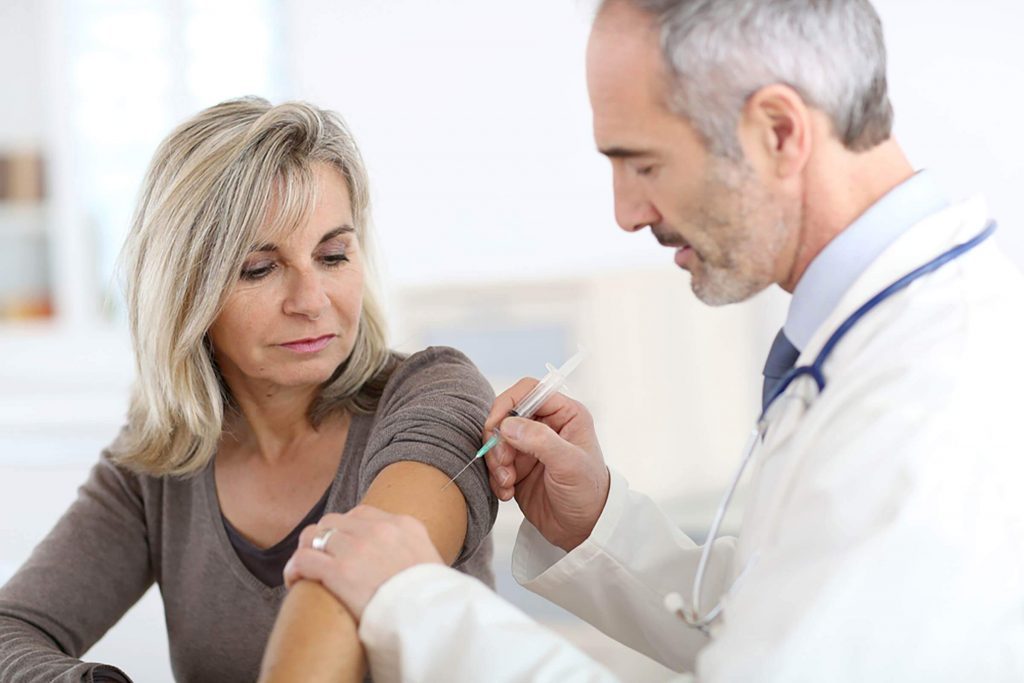 At a certain point, you stop getting a reward lollipop for getting a shot at the doctor’s office. And considering the fact that getting shots as an adult is an at-will practice, a far cry from the compulsory vaccinations of grade school’s past, one would think that at least a “good job” sticker is due. Incentives aside, staying up-to-date on your shots remains one of the easiest ways to protect yourself from illness.

According to a Centers for Disease Control (CDC) advisory committee, people over the age of 50 should add the shingles vaccination Shingrix to their health to-do list ASAP, which became available on the pharmaceutical market in November. It’s logical advice to listen to— approximately one in three people in the U.S. will develop the infection at some point.

Symptoms for shingles include “pain, burning, numbness or tingling, sensitivity to touch, a red rash that begins a few days after the pain, fluid-filled blisters that break open and crust over, and itching,” according to the Mayo Clinic. And make sure you know these other symptoms of shingles as well.

The shingles infection, also known as herpes zoster, is caused by the presence of the varicella-zoster virus, commonly known as chickenpox. Studies have shown that more than 99 percent of people over the age of 40 in the U.S. have contracted chickenpox in their life. Doctors advise that even if you don’t remember having chickenpox as a child, you should still get the Shingrix vaccination.