It's about time these incredible African Americans get the acknowledgment they deserve. 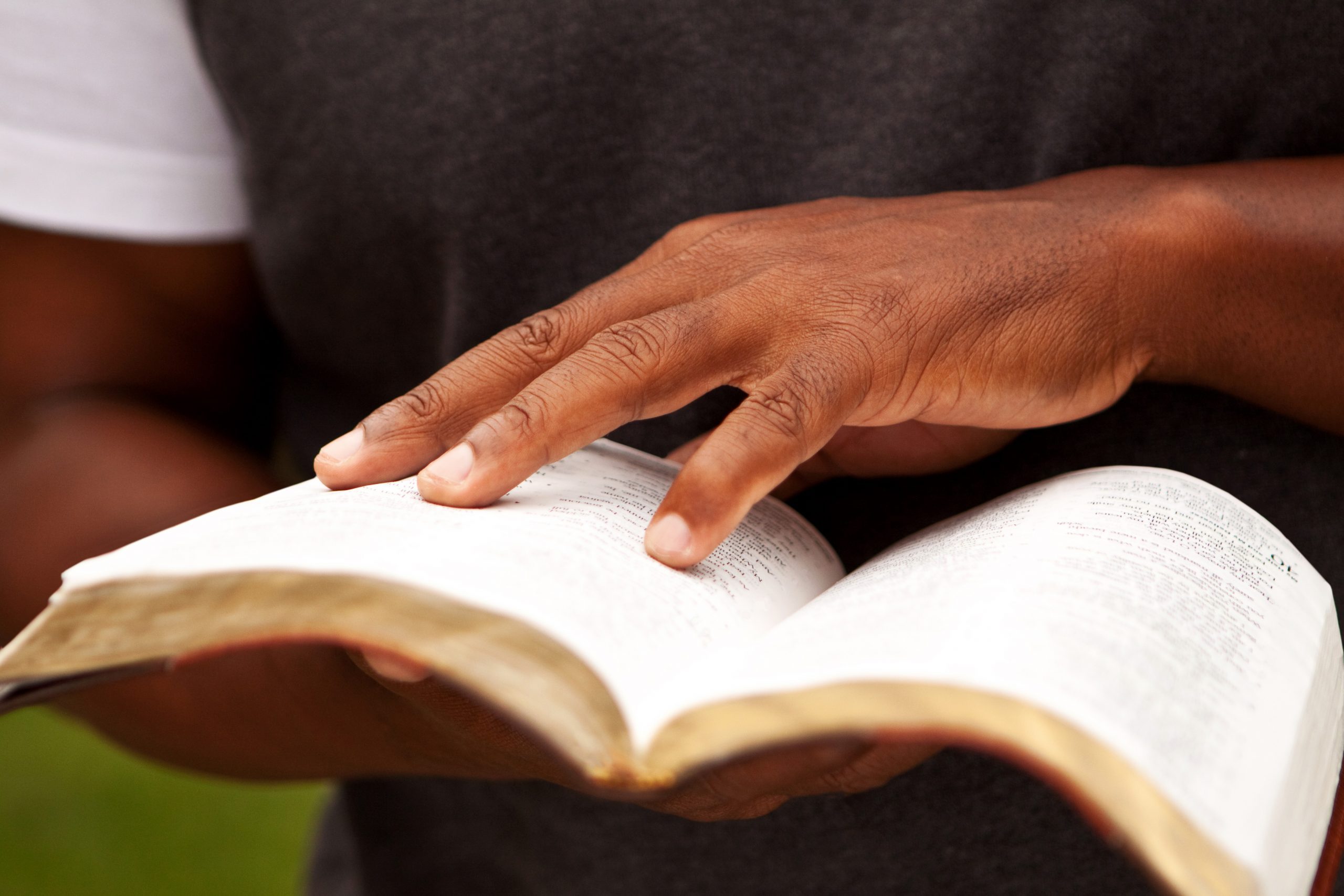 Left out of history books

For too many years, history books have focused on the achievement of white Americans, while many of the inspiring contributions of African Americans, and others, have been tragically overlooked. From comedians to doctors, to astronauts and entrepreneurs, the achievement of these African Americans paved the way for all who followed in their footsteps. If you’re looking for ways to celebrate Black History Month, learning the names of these amazing trailblazers is a good place to start

More people should know the name Rebecca Lee Crumpler (1831-1895). Crumpler was the first African American woman physician. She became a doctor of medicine at New England Female Medical College in 1864, just a year before the end of the Civil War. She spent her career focusing on the care of women, children, and people of color unable to pay for medical services, fighting racism and sexism every step of the way. In 1883, she published a book called, A Book of Medical Discourses in Two Parts, which many historians believe to be the first medical text by an African American writer. You might not have heard her name until now, but spread it far and wide because Crumpler is one of the pioneering women who changed the world. 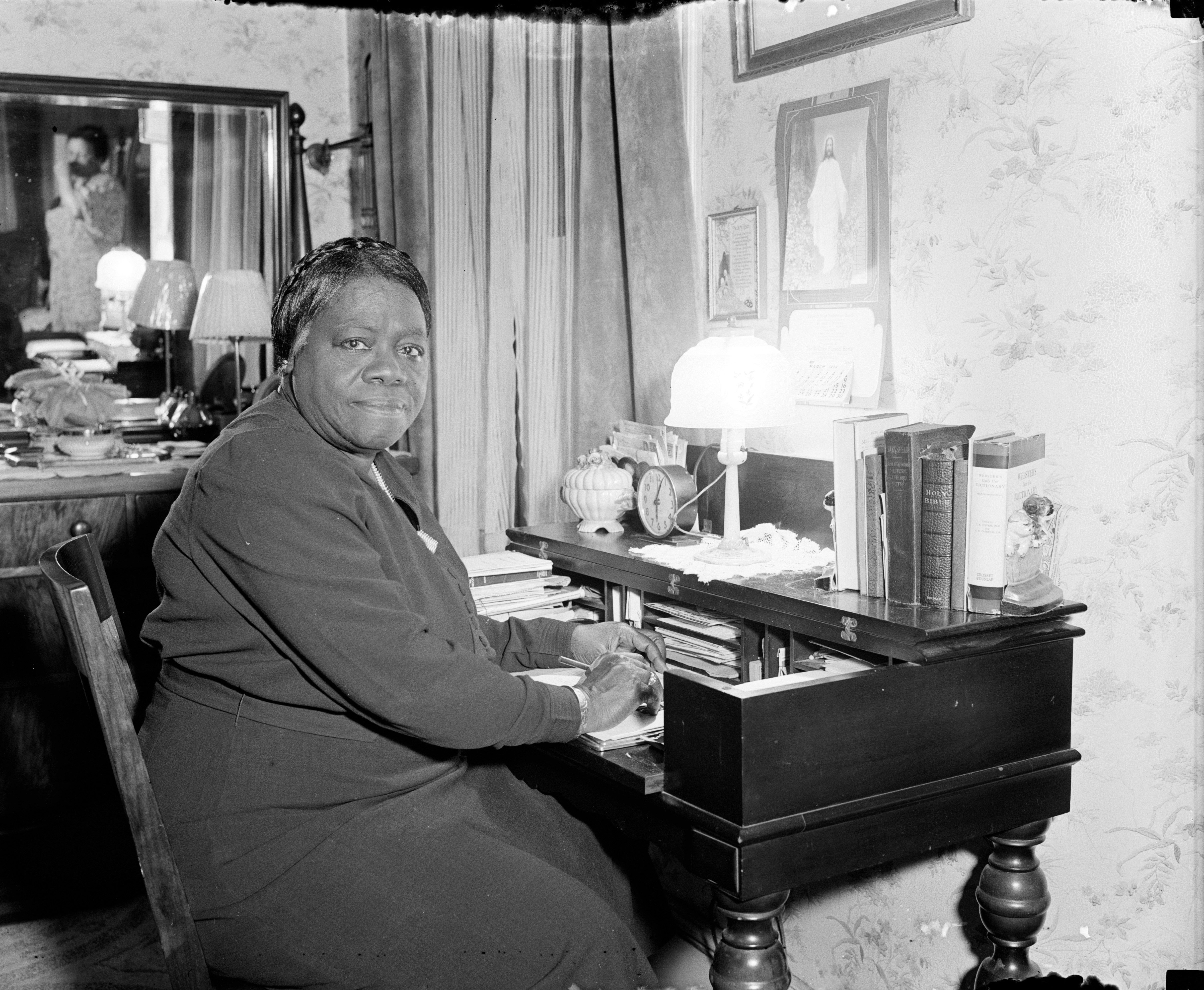 PhotoQuest/Getty ImagesBoth Mary McLeod Bethune’s (1875-1955) parents were former slaves. Despite this, Bethune became one of the most important and inspiring leaders in education and women’s and Civil Rights. Bethune was one of 17 children and she grew up picking cotton alongside her family. She eventually went to boarding school and became a teacher. She married another teacher and the pair moved to Florida where Bethune opened a boarding school of her own, The Industrial School for Training Negro Girls. The school eventually merged with an all-male school and became the Bethune Cookman College in 1929. Bethune didn’t stop there. She was a champion of women’s rights, worked in President Franklin D. Roosevelt’s administration as the Director of Negro Affairs of the National Youth Administration and served as vice president in the National Association of the Advancement of Colored Persons. Her tireless efforts helped insure she left behind a better world than the one she was born into. You’ll love these heartwarming stories of teachers who changed lives.

It was obvious Margaret Strickland Collins (1922-1996) was brilliant and motivated at a very young age. She grew up in Institute, West Virginia, a community largely comprised of black intellectuals, skipping two grades to graduate high school at the age of 14. She promptly started college, earning a degree in biology. She went on to study entomology and earn her PhD at the University Of Chicago. She spent much of her career studying termites as a research fellow for the Smithsonian Institute, which now houses a collection devoted to her work. She was also a Civil Rights activist, becoming one of the many ordinary people who changed the world when she stepped up to drive people back and forth to work during the Tallahassee bus boycott. 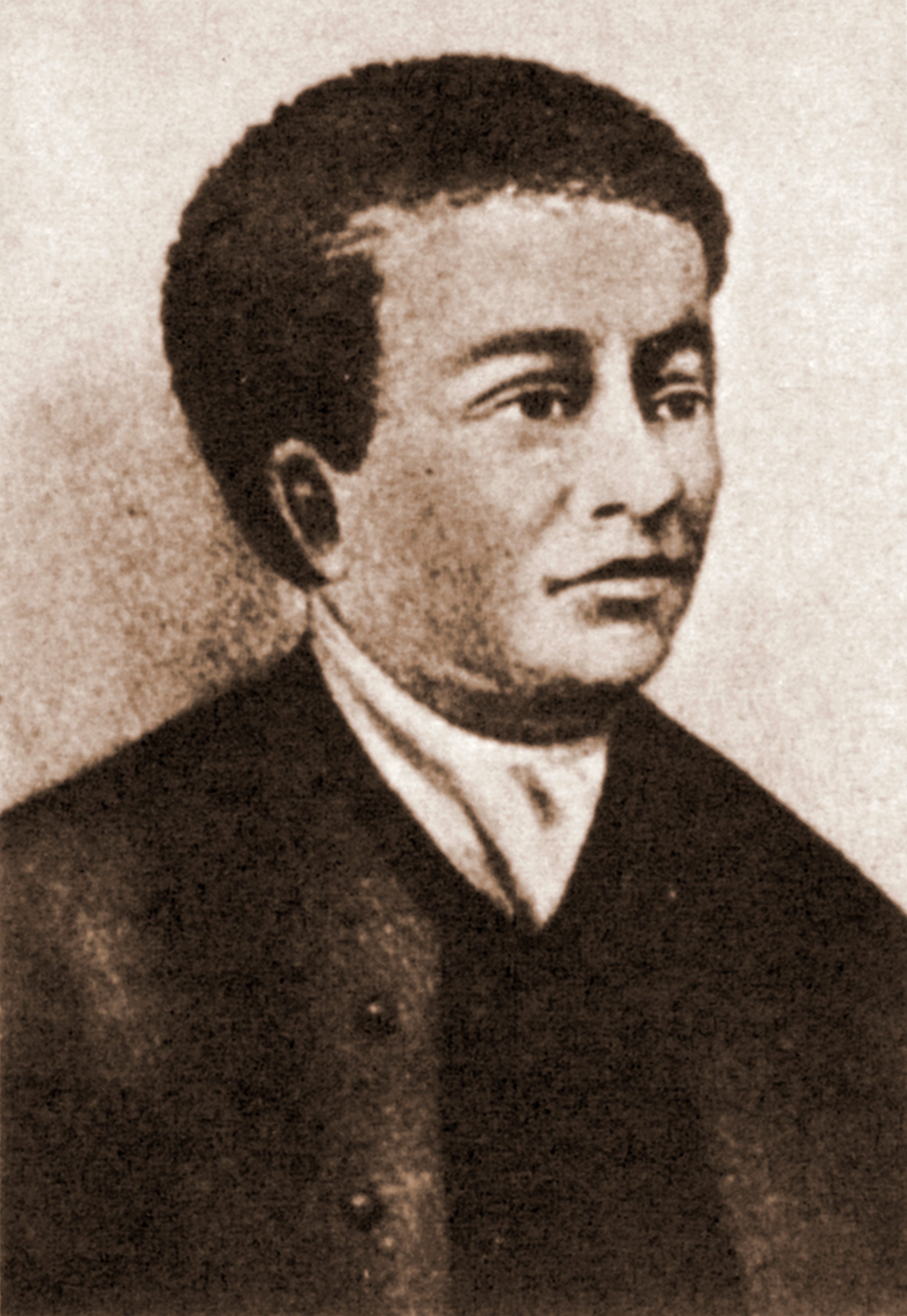 Stock Montage/Getty ImagesBenjamin Banneker’s (1731-1806) father was a former slave and his mother was a former indentured servant, though Banneker himself was born free. He was self-educated, but his lack of formal education didn’t hold him back. Banneker became a surveyor, astronomer, and most notably, a writer of almanacs. In his almanacs, Banneker included personal writings, tidal information, medical information, astronomical calculations, and information on insects like bees and locusts. He was also an outspoken abolitionist who exchanged letters with Thomas Jefferson, who was Secretary of State at the time. Find out why some think Black History Month should be celebrated all year long.

Less than a year after Massachusetts adopted its state constitution, a woman no one had heard of did an extraordinary thing. Originally born Mum Bett, Elizabeth Freeman (c1744-1829), a slave, filed a legal challenge, citing the document’s promise of liberty—and won her freedom in court. She became the first woman to successfully file a lawsuit for her right to freedom in the state of Massachusetts. This groundbreaking moment established a pathway for a host of subsequent suits and eventually prompted the Massachusetts Judicial Court to outlaw slavery altogether. After earning her freedom, Bett changed her name to Elizabeth Freeman and worked as a paid domestic worker, midwife, healer, and nurse. Her efforts paid off and she was eventually able to buy her own home. Freeman’s story is one of many facts about Black History Month you didn’t learn in school. 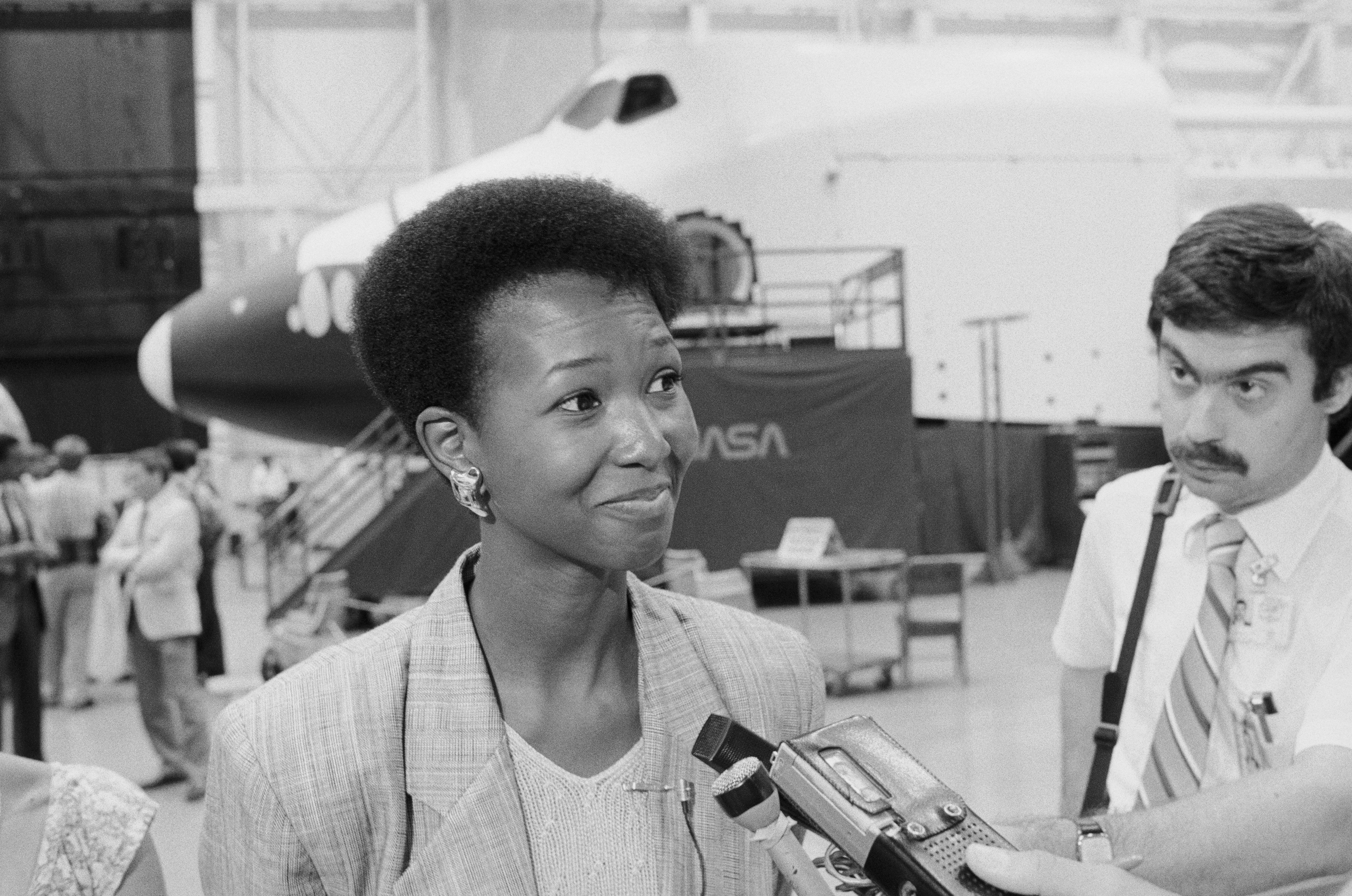 Bettmann/Getty ImagesFor every famous woman in flight, there are sadly countless others whose names are not nearly as well known. Among them is Mae Jemison (b. 1956), Jemison became the first black woman in space in 1992 as an astronaut on the second launch of the Space Shuttle Endeavor. This achievement is even more admirable when you consider the fact that Jemison was afraid of heights. Jemison was successful at an early age, starting Stanford University when she was just 16 years old. In 1981 she earned her Doctorate of Medicine from Cornell. Afterward, she served two years in the Peace Corps. She established a private practice and subsequently joined NASA upon her return. And if that wasn’t cool enough? She also accepted an offer to guest star on Star Trek: The Next Generation, which was meaningful because the original series was a favorite of hers as a child.

When people think of NASA, they usually think of what it’s like to be an astronaut or spend a day inside the International Space Station but many of the heroes of NASA never leave the ground. One such person is physicist, George Carruthers (b. 1939). Carruthers built his own telescope when he was 10 years old and started working at U.S. Naval Research Library as a National Science Foundation postdoctoral fellow after he earned his PhD from the University of Illinois. In 1969, he was awarded a patent for an ultraviolet camera; it was used in 1972 during the first moonwalk of Apollo 16 allowing scientists to analyze the atmosphere in more detail than ever before. In later years he continued to develop inventions for the NASA program and paid it forward by developing an apprenticeship program that gave high school students the chance to work in the U.S. Naval Laboratory. In 2003 he was inducted in the National Inventors Hall of Fame. Here are the most famous inventions from every state. 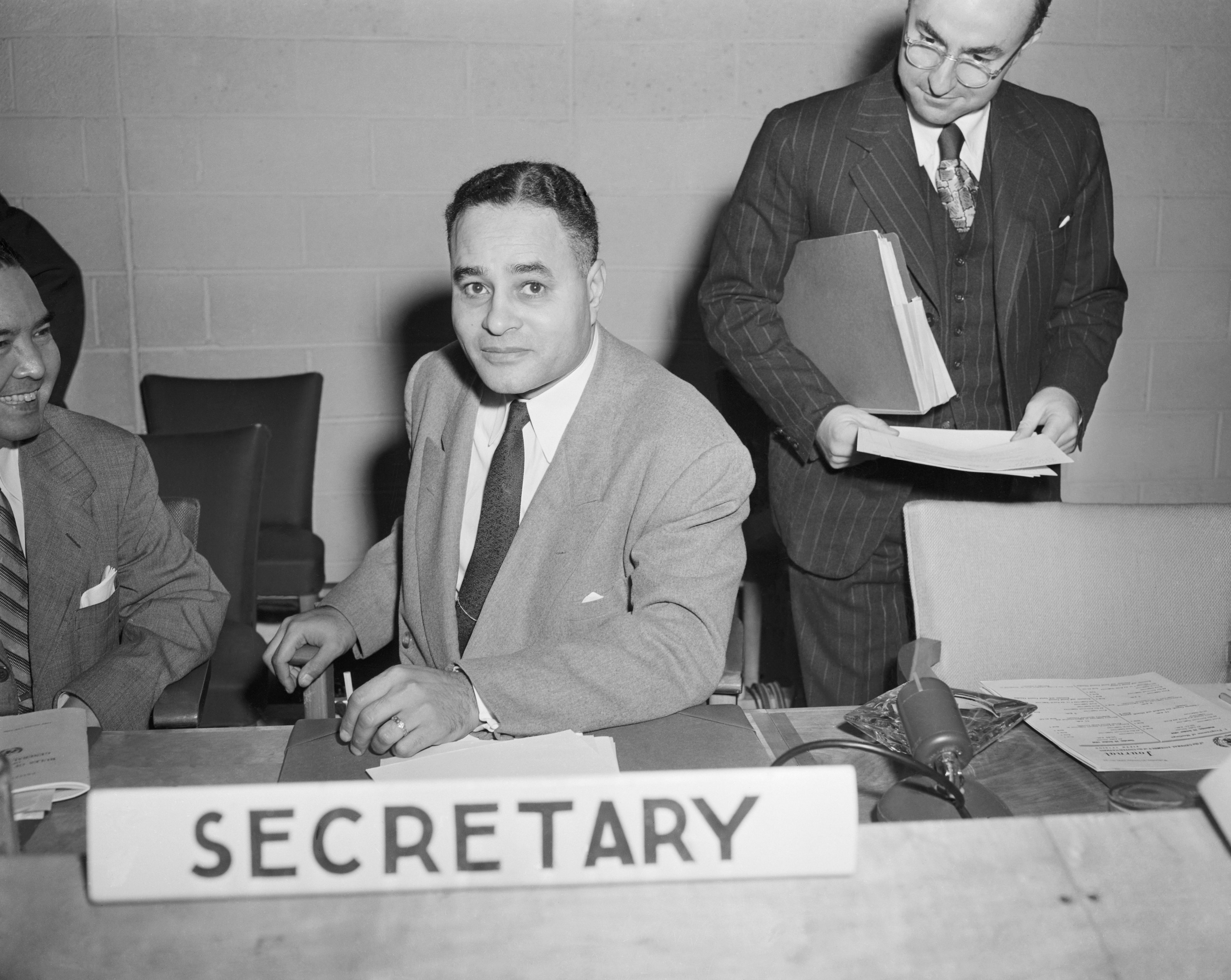 Bettmann/Getty ImagesMany people believe that Martin Luther King Jr was the first African American to win the Nobel Peace Prize, but that’s one of many facts about Dr. King that aren’t true. That honor goes to Ralph Bunche (1904-1971), a name that is tragically under-recognized. Bunche was valedictorian of his class in both and high school and college and went on to earn a doctorate in political science at Harvard University. He was a key participant in drafting and adopting the Universal Declaration of Human Rights alongside Eleanor Roosevelt. In 1947 his work with the United Nations led him to the daunting role of working on a team tasked with alleviating the Arab-Israeli conflict in Palestine. It was for this work he was awarded the Nobel Peace Prize in 1950. Later in life, he worked to promote Civil Rights in the U.S., participating in historic events like the March on Washington and the Montgomery Bus Boycott.

If you’re reading this on a personal computing device, you’ve got Mark Dean (b. 1957) to thank. The scientist and inventor was a trailblazer in the field of computing. Dean discovered he had a knack for working with his hands from a young age, once helping his father assemble a tractor from scratch. He studied engineering in college and started working with I.B.M. soon after earning his degree. At I.B.M., Dean quickly moved up the ranks and developed three of the company’s nine original patents. Among his projects were the first color computer monitor and the first gigahertz chip, which performs a billion calculations a second. Learn what computers looked like the decade you were born. 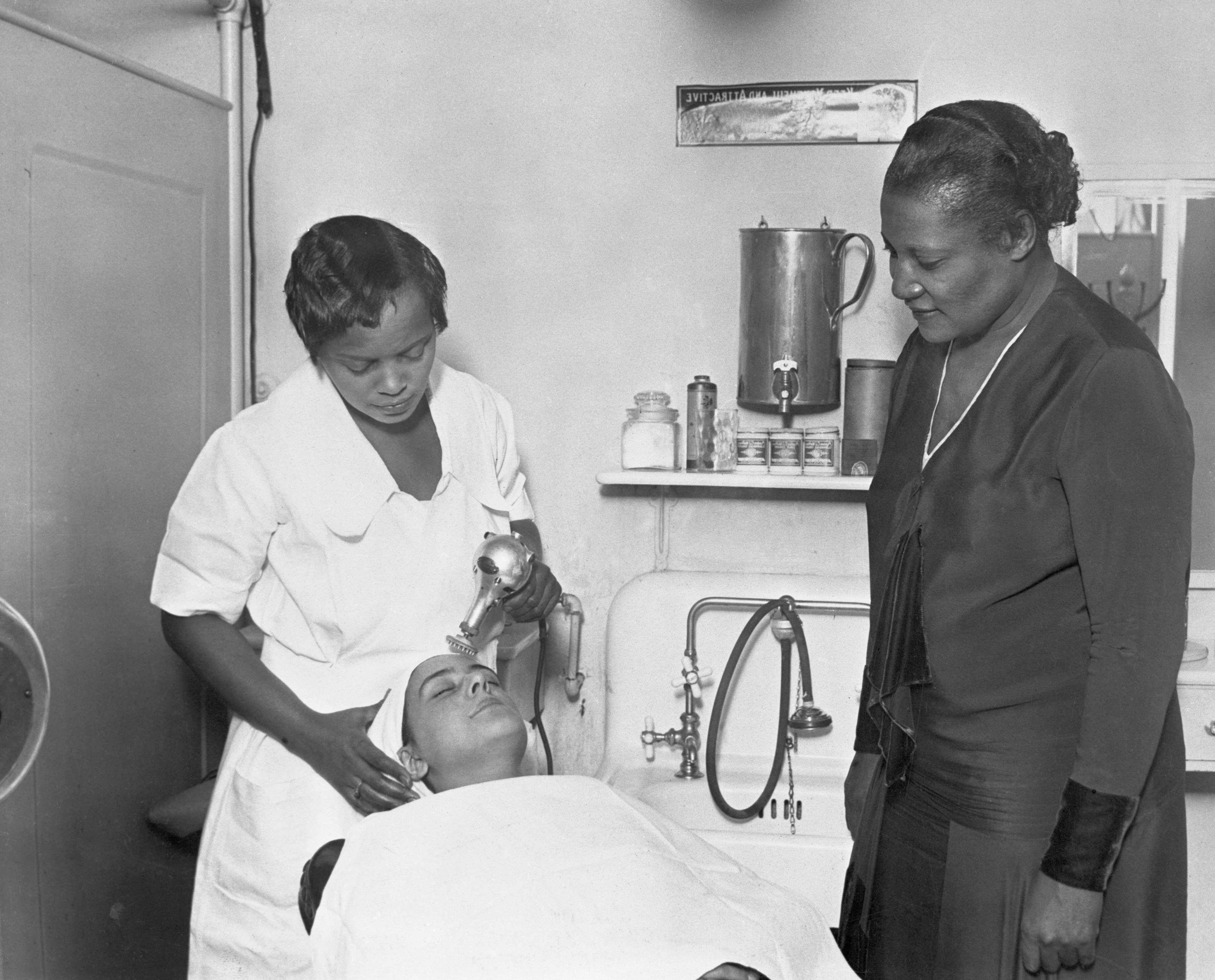 Bettmann/Getty ImagesMadam C.J. Walker (1867-1919) was raised in poverty but went onto become one of the wealthiest and most influential women of her era. She was born Sarah Breedlove to sharecropper parents who had both been previously enslaved. One of her first steps on her way to success was finding work as a sales agent for a product that was formulated to restore hair growth, this was important to Walker since she was experiencing hair loss herself. Eventually, she took $1.25 and used to found her own hair care line, focusing on products for African American hair. She believed black women should be financially independent and provided training and sales jobs for over 40,000 African American individuals. She eventually became a millionaire and paid if forward with contributions to the YMCA, scholarships for African American students, the NAACP, and more. When she died, it was revealed she’d left 2/3 of her future profits to various charities. Don’t miss these 57 other famous female firsts.

It’s no secret that the contributions of black soldiers in the Civil War have been shamefully overlooked, which is why it isn’t surprising that many people haven’t heard of William H. Carney (1840-1908), the first black soldier to win the Medal of Honor. Born a slave, Carney was a fighter from an early age, escaping as a young man and finding his way to freedom through the Underground Railroad. Although he originally felt called to become a minister, when he learned troops comprised of black soldiers were forming to the fight in the Civil War, he felt compelled to join. Carney was promoted to sergeant and awarded the Medal of Honor for his heroic actions in the 1863 Battle of Fort Wagner in which he made sure his regiment’s flag never reached the ground despite being shot four times. Find out the answers to 16 American history questions almost everyone gets wrong. 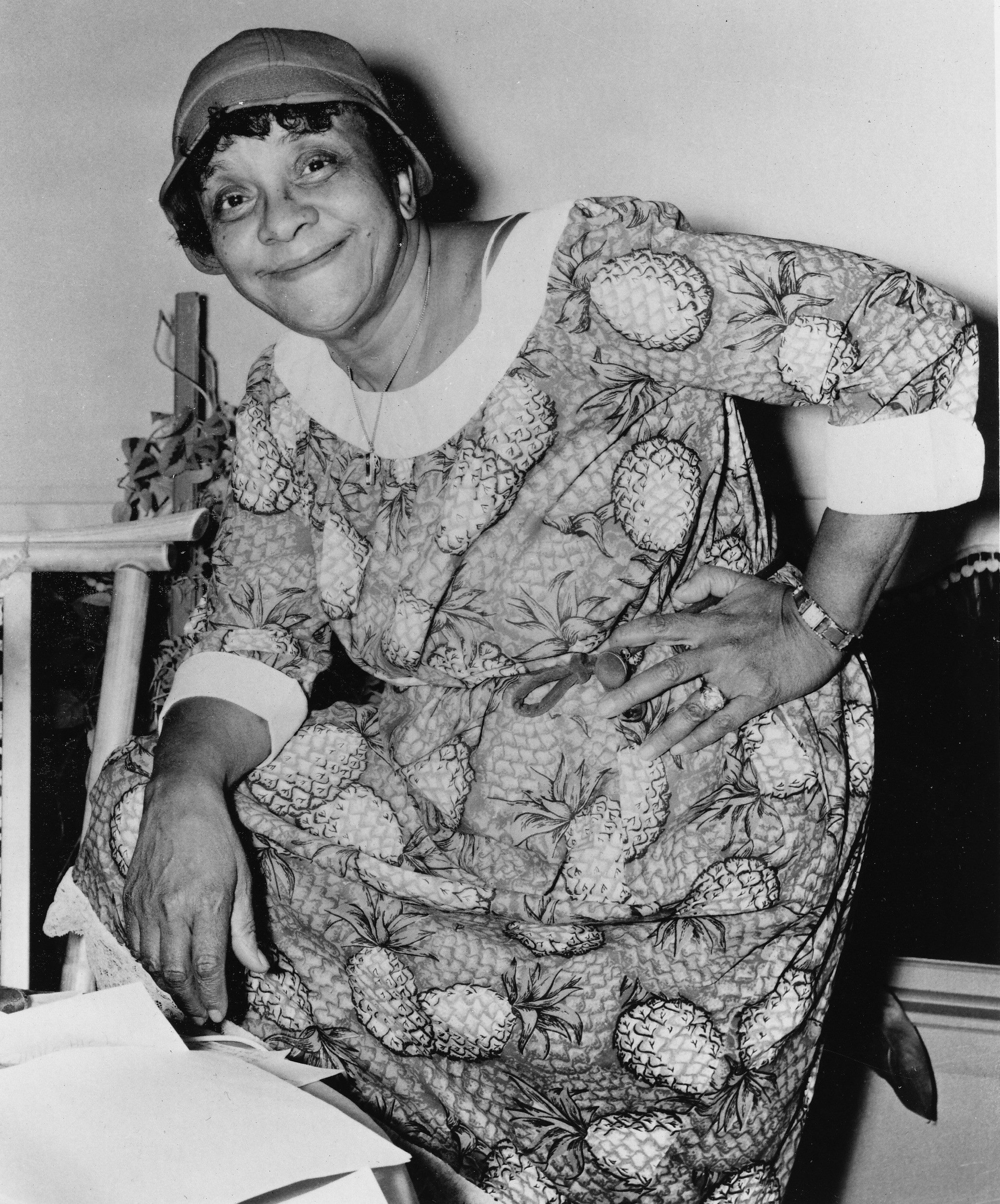 Gilles Petard/Redferns/Getty ImagesComedy is a notoriously difficult field to break into, a fact only amplified if you happened to be a woman, let alone a person of color in the early days of standup and vaudeville. That didn’t stop Moms Mabley (1894-1975). She was born Loretta Aiken and suffered the premature deaths of both her parents at a young age. She was impregnated twice though the violence of rape and gave birth to children who were taken away. At 14, she joined the African American Vaudeville Circuit. She went on to be the first woman featured on stage at the prestigious Appollo Theater and was invited back so many times she appeared more than any other performer. She had featured roles in movies, recorded gold comedy albums, and appeared on television shows like The Smothers Brothers and Ed Sullivan. This is what a stand-up comedian won’t tell you.

NFL fans today might have a difficult time imagining an era when football wasn’t integrated but was once the case until Charles Follis (1879-1910) became the first African American professional football player. Follis was a gifted athlete who played football in high school and joined an amateur league in college. In 1904, he signed on with the Shelby Athletic Club in Ohio to become the first professional African American football player. Opposing players frequently went out of their way to injure him with excessively rough play and he was subjected by taunts and racial slurs from fans of other teams. An injury ended his football career and joined the Cuban Giants, a black baseball team. He died of pneumonia at the age of 31. Read on to find out why Black History Month is more important than ever. 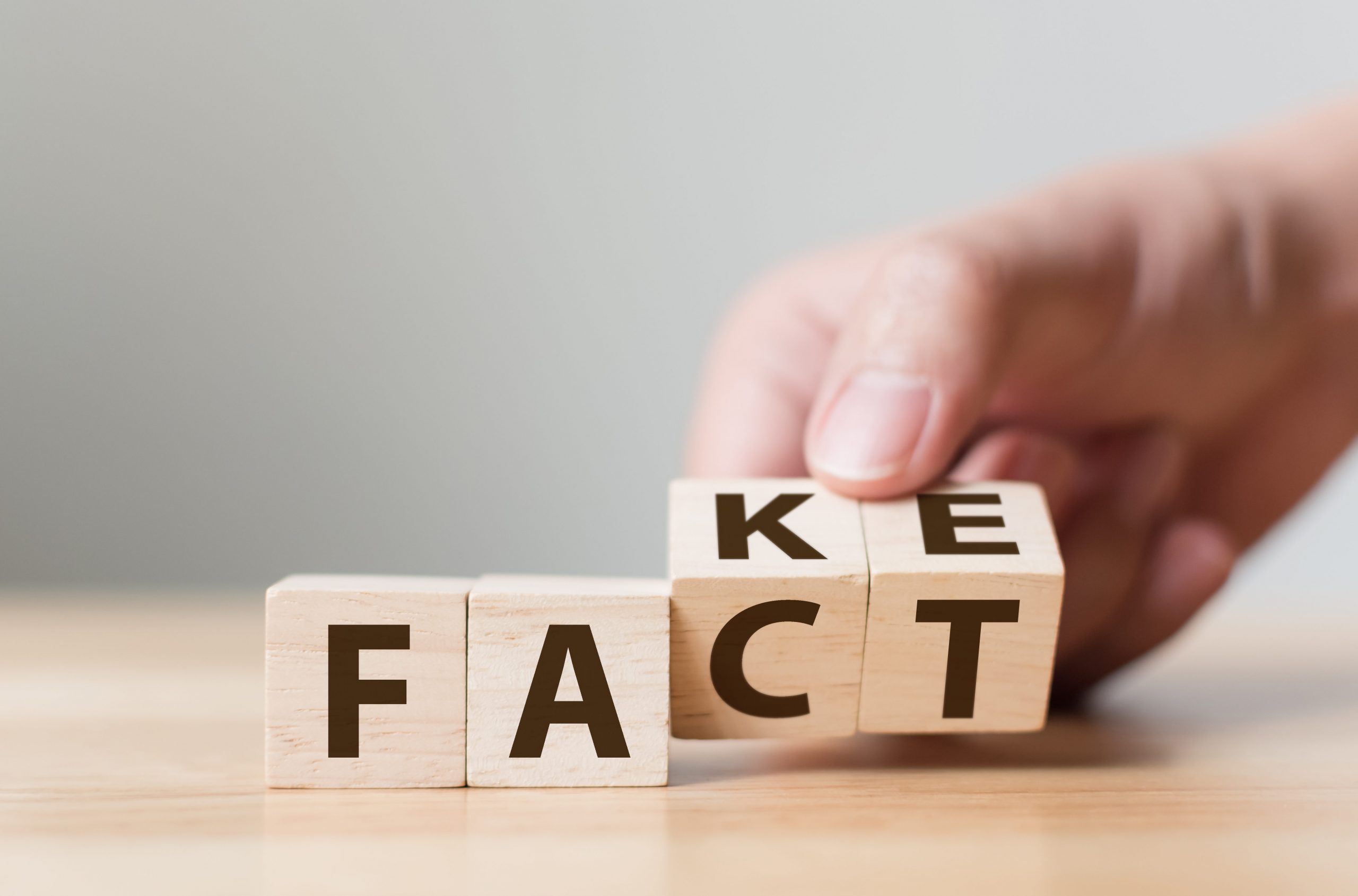 The Oldest Historic Town in Every State 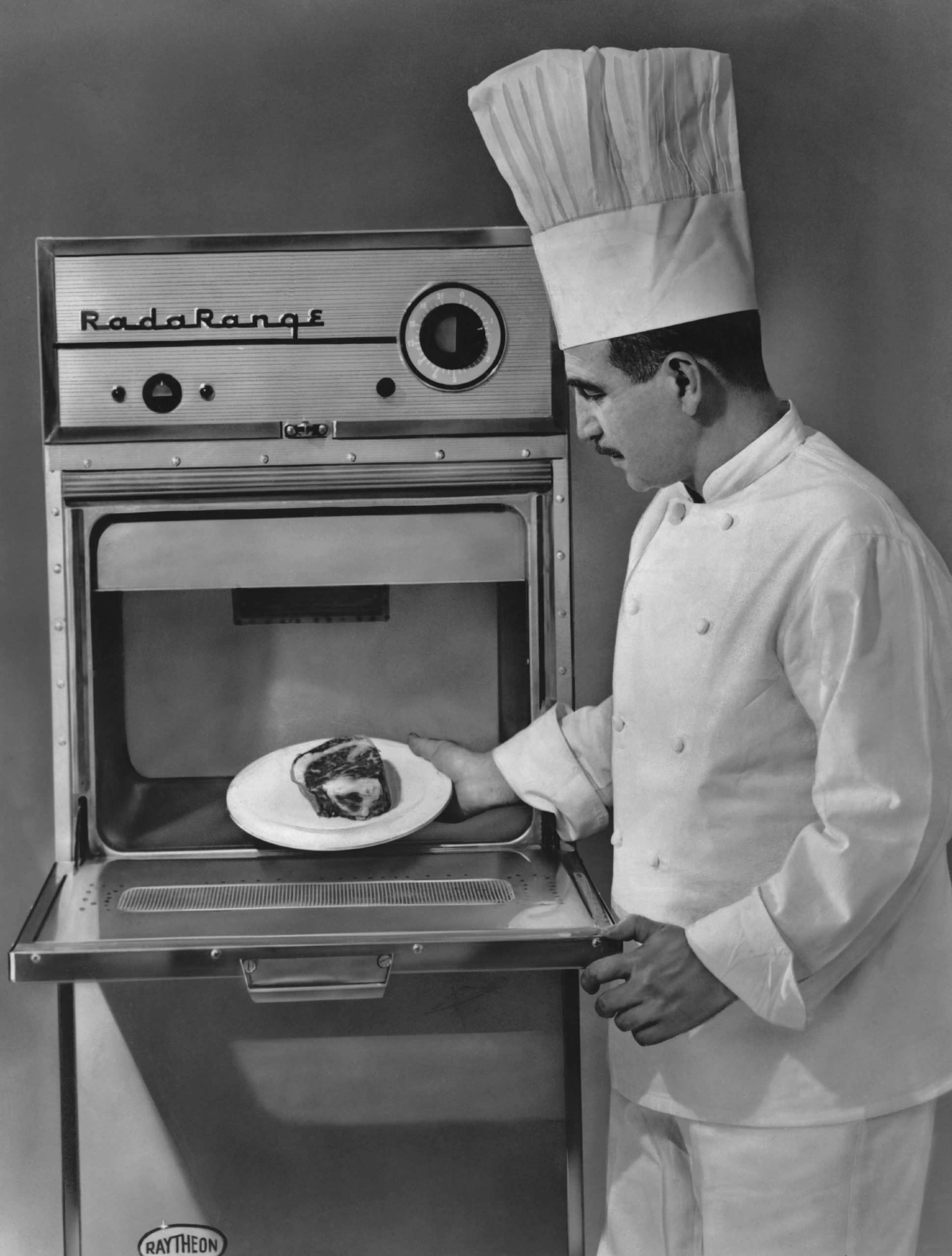 20 Weird and Amazing Things That Only Happen in the Summer