See Why This American Flag Has Over 12,000 Reviews on Amazon

Find out why this Grace Alley American Flag is so popular on Amazon—and why you should order yours today so you get it in time to proudly display it on the Fourth.

Some of you know it best by one of its nicknames “Old Glory,” coined by sea captain William Driver in 1824, or “Stars and Stripes,” which was firmly cemented into the lexicon in 1896 when John Philip Sousa composed the march “Stars and Stripes Forever.” But whatever name you call it by, the red, white, and blue flag is a cherished emblem of America—and there’s no better day to display your love of the U.S.A. than on July 4, America’s birthday. Find out 20 reasons the American flag is even cooler than you thought.

The significance of displaying the flag

We display our flag on July 4 to commemorate the birth of our nation and at other times throughout the year to show our allegiance to our country. Today’s flag consists of 13 horizontal stripes, representing the original 13 colonies and 50 stars representing the states of the Union. The colors symbolize the attributes of our nation: red for hardiness and valor, white for purity and innocence, and blue for vigilance, perseverance, and justice. At first glance, the Grace Alley American Flag might blend in with the rest. But with more than 12,000 reviews (averaging 4.7 out of 5 stars), you’ll discover it’s head and shoulders above the rest. Here’s why: 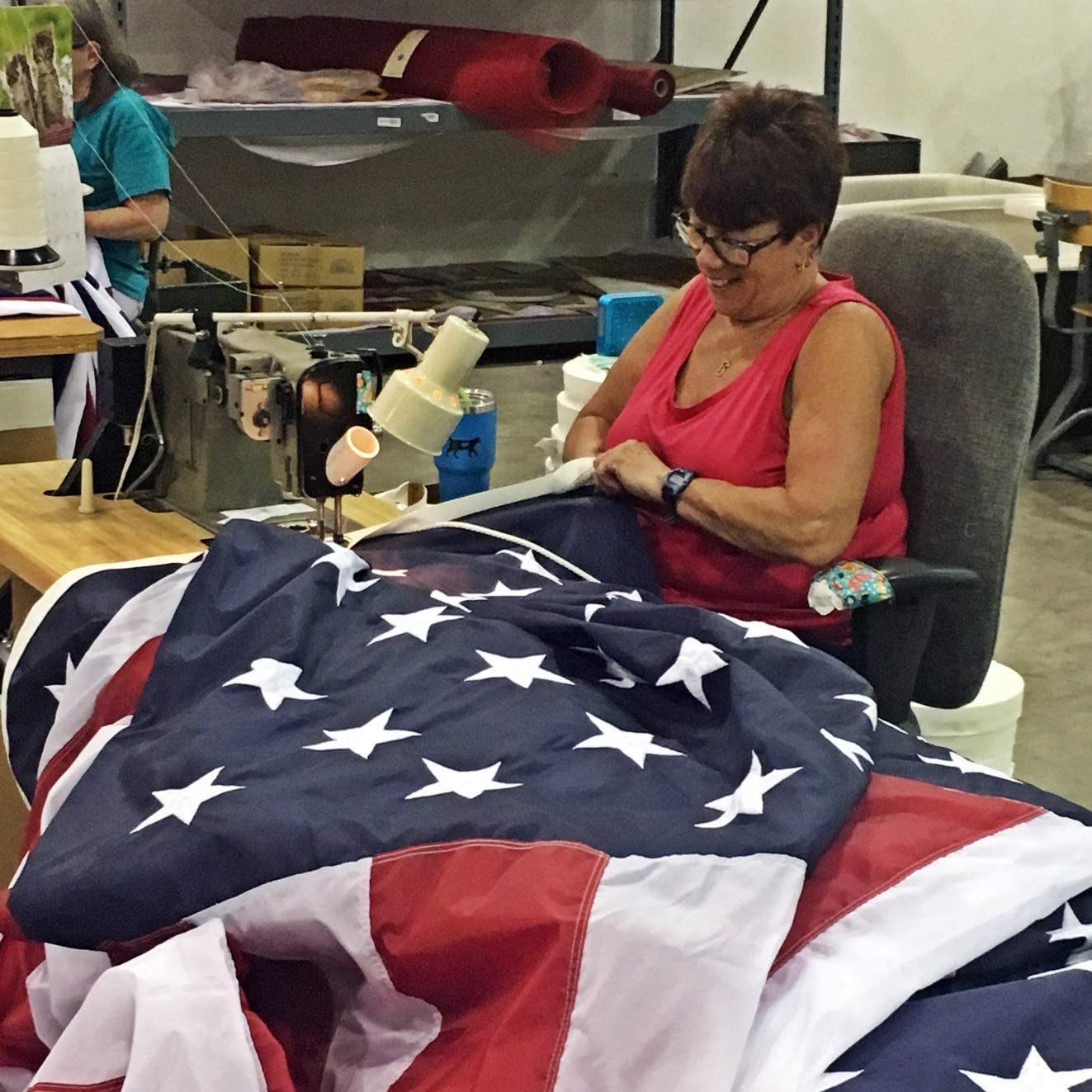 via amazon.comEach Grace Alley embroidered flag is made with pride by American workers. Not only that, but all its parts, including the thread, the dye, the header, and the brass grommets are made in the U.S.A. just like these 100 amazing products.

The flag is designed for long-lasting fade-resistant performance and you will appreciate the workmanship of each embroidered star and stitched stripe. Made of Durawavez nylon, each flag is created to withstand harsh outdoor environments. For added strength, it is finished with polyester heading, brass grommets, and a four-point needle fly hem. One satisfied Amazon reviewer wrote, “The fabric appears to be a nice, heavy quality that will stand up to the weather.” She shared that she purchased this flag to replace an older one from a local discount store that frayed and fell apart one week after she had put it up. Make sure you know these 10 American flag etiquette rules before displaying yours.

A flag you can be proud of 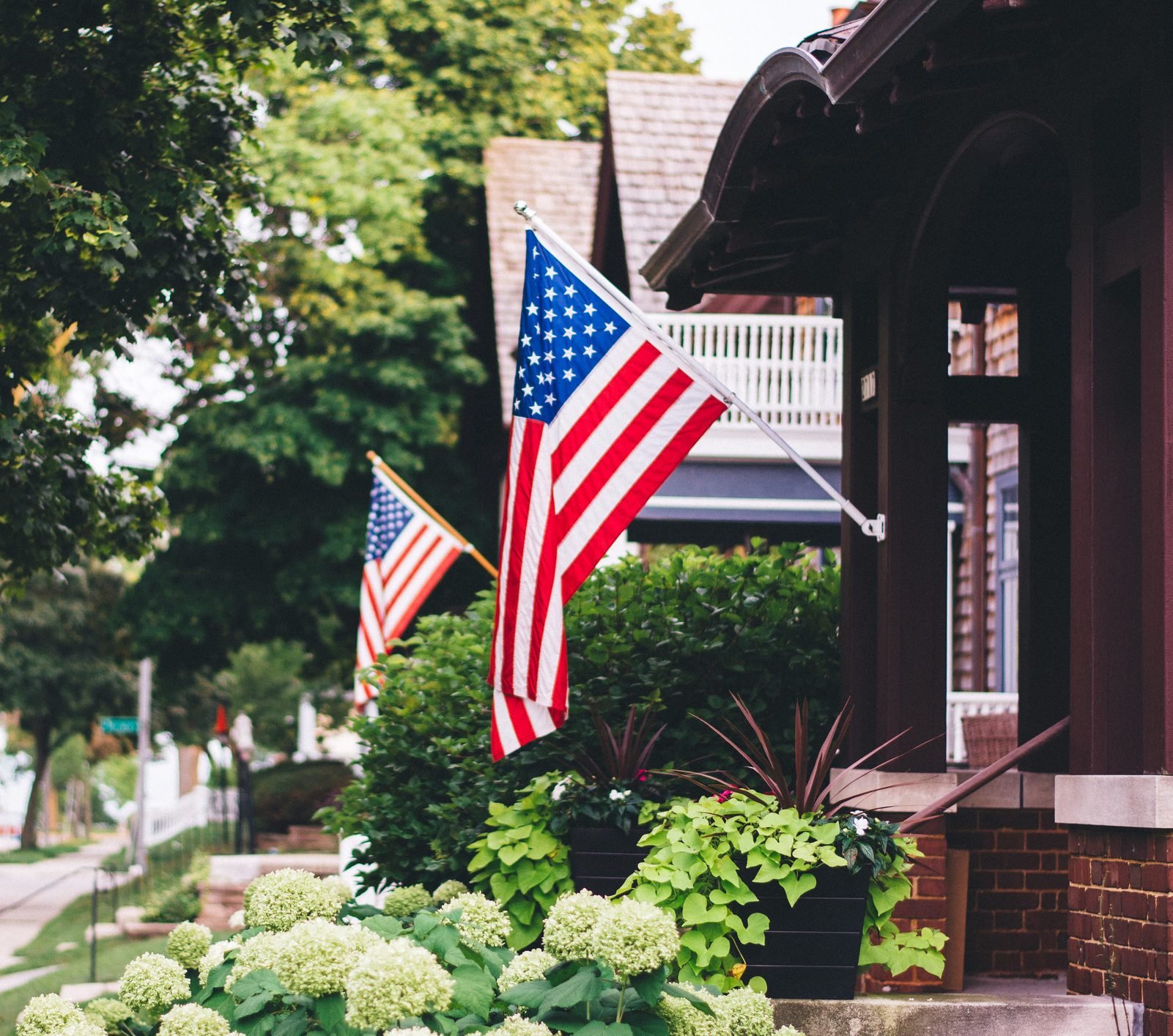 Chad Warpinski / EyeEm/Getty ImagesOne Amazon reviewer wrote, “We proudly fly our flag 24/7 lighted at night. We are a military town and appreciate all the men and women who serve and protect us daily.” Another reviewer shared about a flag run to support the troops. “I myself will have this flag along with a United States Marine Corps flag.”

Plus, each flag comes with a 100 percent satisfaction guarantee. That means for an entire year, you get a no-questions-asked warranty of assured quality and performance. Also, by purchasing this flag, you’re supporting an American family-owned small business.

They offer a variety of sizes

It’s not one size fits all with Grace Alley. They offer three sizes of flags: three-by-five foot, four-by-six-foot, and five-by-eight-foot, ranging from $29 to $58. You can even get a three-pack of the three-by-five-foot flag for $65. Plus, they offer free shipping on Amazon. With such an assortment, these flags make great gifts and are perfect for commercial or personal use. Think you know a lot about flags? See if you can guess the U.S. state by its flag.

The Most Iconic American Flags in History

Dianne Bright
Dianne Bright is a southern California-based writer and a regular contributor with RD.com, where she writes about the environment, nutrition, finance, pets, and books. She also contributes to TheHealthy.com. Her work has appeared in Scholastic's Parent & Child magazine and blog, I Love Cats magazine, and Christianity Today, among other publications. Bright's book of parenting reflections: MOMS KICK BUTT, comes out in February, 2021. Her M.A. is in Spanish American Literature. Follow Dianne on Twitter @dibright, Facebook @AuthorDianneBright, and Instagram @authordiannebright.

The Best Car Brands for 2021, According to Consumer Reports