Animal Experts: Link Between Their and Our Health Problems

As a UCLA physician and Los Angeles Zoo consultant, Barbara Natterson-Horowitz began to notice striking similarities between health problems in As a UCLA physician and Los Angeles Zoo consultant, Barbara Natterson-Horowitz began to notice striking similarities between health problems in humans and animals. Cougars, for example, are susceptible to breast cancer; elephants, birds, and even dogs can become addicted to psychotropic berries, plants, and, no joke, the toxins from the skin of toads. The observations lead Natterson-Horowitz to a question: Why don’t human doctors routinely cooperate with animal experts?  That query became the basis for her new book, co-written with Kathryn Bowers, Zoobiquity: What Animals Can Teach Us About Health and the Science of Healing. One of her more fascinating points came in a discussion of a topic we humans often obsess over: weight loss.

“… Even without an assist from 32-ounce sodas, the yellow-bellied marmots in the Rockies, blue whales off the coast of California and country rats in Maryland have gotten steadily chubbier in recent years. The explanation might lie in the disruption of circadian rhythms. New research suggests that when, and how much, light beams through your eyes may play a quiet and unrecognized role in determining your dress or pants size. Light pollution from suburban sprawl, big-city skyglow, electronic billboards and stadium lights  has brightened our planet. A [recent] rodent study showed that mice housed with constant light—whether bright or dim—had higher body mass indexes (BMI’s) and blood sugar levels than mice housed with standard cycles of dark and light.”

To read more click here (via the New York Times). 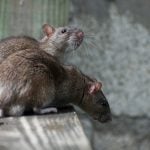