Anytime vs. Any Time: How to Tell the Difference 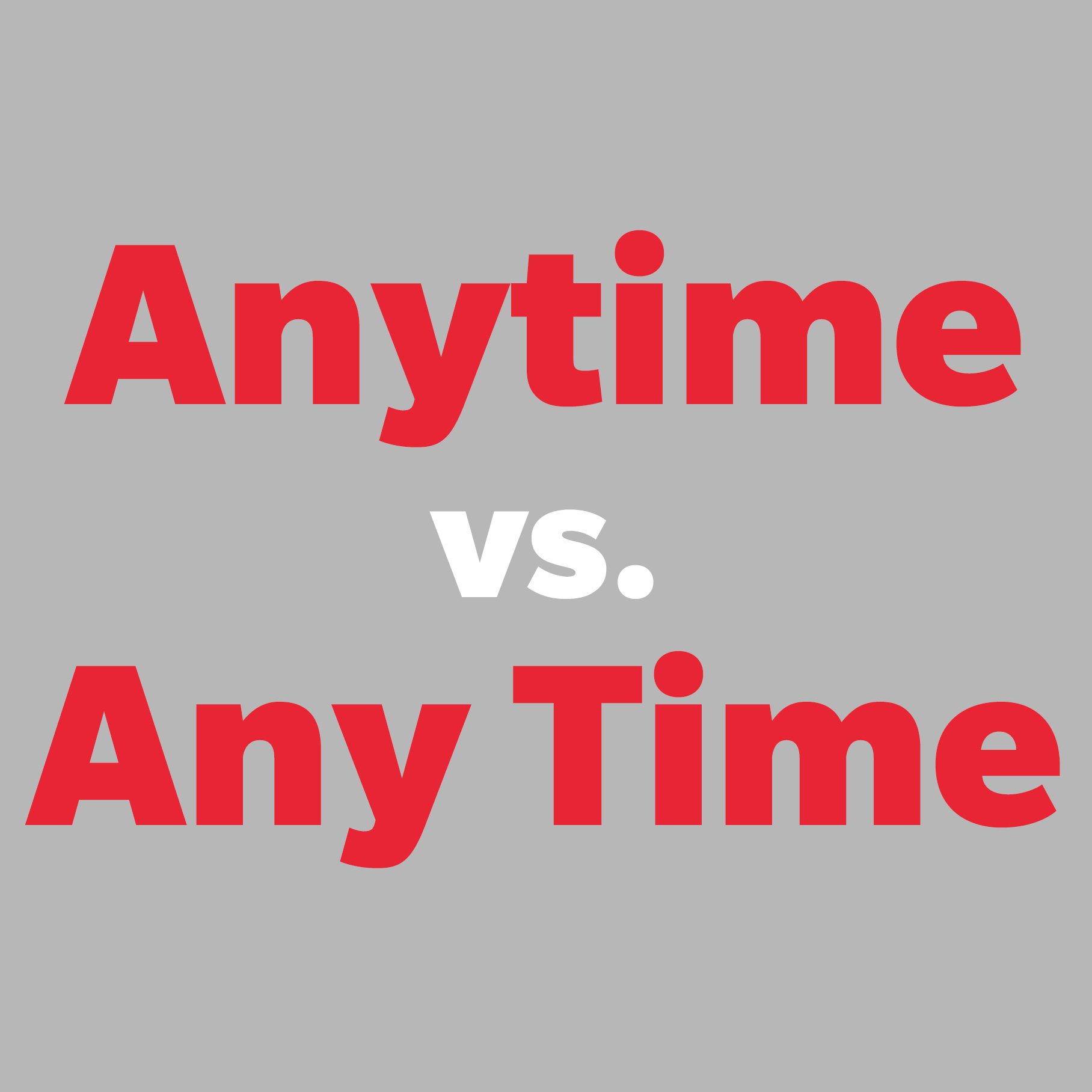 Anytime you're confused about this rule, here's how to correctly use each phrase.

Even in just the past hundred years, the English language has changed quite a bit. Words come into existence, words disappear, and words completely change their meaning, like these 15 did. Sometimes, people even use a technically “incorrect” word or phrase so frequently that it becomes accepted as part of the language. We can thank this trend for the confusion that arises between “any time” and “anytime.”

As ThoughtCo. explains, “any time” was the only option in the early 19th century. Over time, though, people began using it as a contraction, combining the two words into one, like they often do with these other pairs of words everyone combines. So now, “anytime” is considered a valid word as well.

However, “anytime” only applies in some uses—in other cases, it should, indeed, be “any time.” So what’s the difference?

You should use “any time” when you’re using “any” to modify the word “time,” as in, “Sorry I haven’t had any time to hang out this week.” So it should be two words when it’s referring to an amount of time. “Any time” can also be an adverbial phrase, preceded by “at,” that suggests that something will happen in the near future. This is how you’d use the phrase if you were saying, “The mail should be arriving at any time” or “The storm could hit us at any time.”

So when is it OK to use “anytime”? Well, the way people used it when it was “incorrect”—and the way it’s considered correct to use it today—is as an adverb. “Anytime” means “whenever.” You’d use it in a sentence like, “Anywhere, anytime, give me a call and we can talk!” (Indeed, the fact that things like “anywhere” and “anyone” are one word likely played a big role in why the one-word form became so popular.) However, using the two-word form in these contexts is also acceptable; it’s just slightly more formal.

You can also use “anytime” as an adverb to mean “at any moment,” similar to how you’d use “at any time.” For instance, Merriam-Webster lists the sentence “The bus should be here anytime now” as correct. But if you’re using a preposition like “at,” it needs to be the two-word form; “at anytime” is incorrect. Grammarly also recommends being careful about using “anytime” in more formal writing; some people do still consider it a casualism, similar to “alright.” Now that you know when to use “any time” vs. “anytime,” learn how to use these other words and phrases you’re probably using wrong.

To Whom It May Concern: What It Means and How to Use It 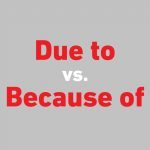 This Is the Real Difference Between “Due to” and “Because Of”