This Is Why Apples Have Those Little Spots All Over Them

Hint: They have to do with the apple's ability to "breathe." 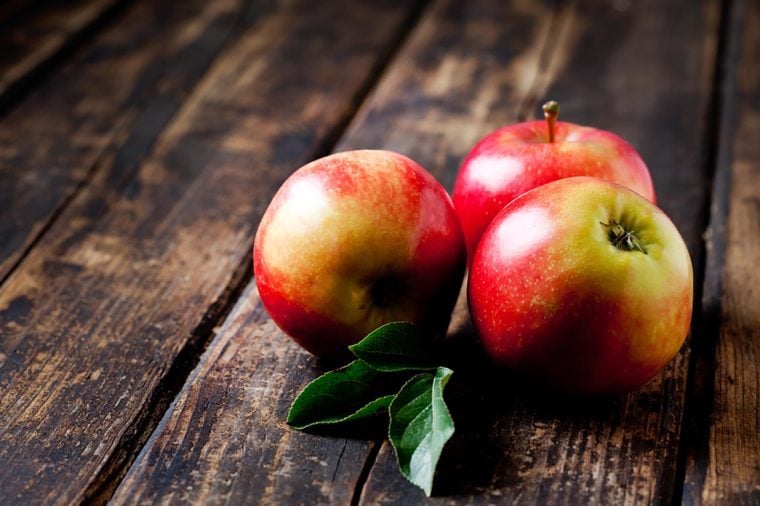 Apple season means exactly three things: photos will be taken in apple orchards by couples going on requisite fall picking excursions, apple cider donuts will return to farm stands from Albany to Anaheim (but nowhere else), and supposed fruit experts will try to explain away the anatomy of Ben Franklin’s favorite fruit.

An apple has a calyx lobe, a dorsal bundle of carpel, an endocarp, a sepal bundle, and other parts, but there’s a trademark trait of the fruit’s epidermis that isn’t addressed in even the most advanced models. What exactly are those little spots that freckle the flesh?

They are lenticels, according to Mental Floss. And they aren’t entirely unique to apples, they can be found on pears, potatoes, trees, kiwis, and plenty of other flora. Lenticels aren’t just window dressing, they play a key role as “nostrils,” allowing the apples to take in carbon dioxide, and expel oxygen. And much like these little spots, apples also tend to brown easily too—use this 5-minute hack to stop your apples from browning.

Without the lenticels, the plants would be unable to “breathe,” and nobody wants the corpses of a bunch of asphyxiated apples on their hands. The primary downside to the porous facet is that it provides built-in piercing across the surface of the fruit’s armored exterior, which allows space for infection. Speaking of mysterious dots, here are 30 more explanations behind little things you’ve always wondered about.