Indulging in an episode or two (okay, a marathon) of Wife Swap before I go to sleep might not sound 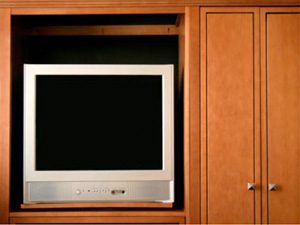 Indulging in an episode or two (okay, a marathon) of Wife Swap before I go to sleep might not sound like world’s most productive idea, but according to new findings  out of University at Buffalo’s Research Institute on Addictions I’m onto a good thing.

In looking at 205 subjects, researchers found “a measurable restorative effect from a familiar fictional world,” or, in simple terms, increased willpower after participants watched an episode of their favorite TV show.

Though the research seems promising, I won’t be using it as an excuse to watch Breaking Bad for the first time: The beneficial effects were found only when re-watching an old favorite TV show, not just any show. The researchers speculate that while new shows require effort to follow plotlines and connect with characters, watching familiar shows allows your brain to relax and cruise happily along on auto-pilot.

So, if you’ll excuse me, I’m off to go hang out with Carrie Bradshaw and the gang. How about you?

25 Best Valentine’s Day Flowers to Wow the People You Love
10 Ways to Get Your Kids Off Their Phone That Don’t Require Bribery
Trouble Sleeping? Turn Off Your Gadgets!