This Army Veteran Was at Rock Bottom. Then a Cop Pulled Him Over and Changed His Life.

Fred Johnson suffered from post-traumatic stress disorder (PTSD) after his deployment in Iraq. But it took a night in the local jail for him to start on the road to recovery. 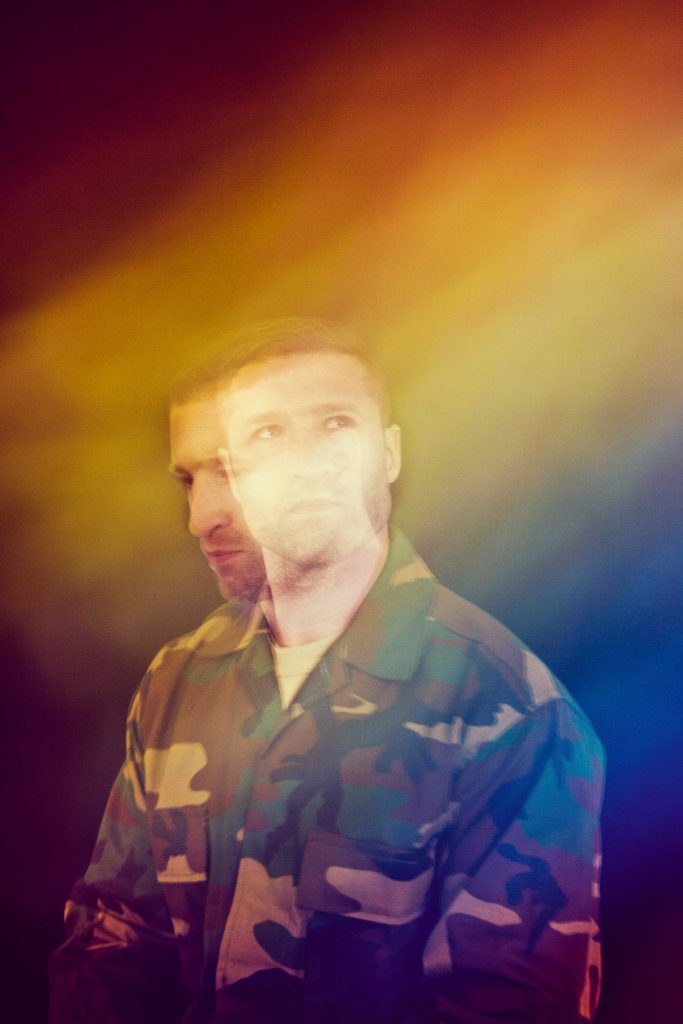 When I walked out of the Jeffersonville City Jail, I knew one thing for certain: My wife was gonna be pissed. The night before, I had performed a ritual that I had done on the anniversary of 9/11 ever since I got back from Iraq in 2007: a shot of bourbon for each of my three dearest fallen comrades.

I finished my shots, and I had a couple of beers. I sat and thought and said to myself, “I’m gonna get in my car, and I’m gonna drive it into the Ohio River so I can be with my dead friends.”

Of course, a policeman stopped me and put me in jail. That’s why I was in jail. (Like veterans, many policemen struggle with occupation-related mental health problems.) The next morning, when I got out, I called home. My wife answered and didn’t let me say a word.

She said, “You’re going to therapy.”

What she didn’t say but strongly implied was, “You’re going to go to therapy now, or you’re never going to see me or your daughter again.”

My wife had long said that I had PTSD. That when I went to Iraq, I changed, and when I got back from Afghanistan in 2011, I’d gotten worse.

They diagnose people with PTSD.

I said, “You know, honey, what do you know?” I said, “It’s perfectly normal to freak out with your back to the door ’cause you can’t see behind you. It’s normal to look at every passerby to see if they have a weapon in their hand. And it’s normal to have your friends who died in combat revolve through your mind in an endless cycle. And it’s normal to, every now and then, think about putting a gun to your head and pulling the trigger.”

I did not have PTSD. I didn’t believe in it. You don’t serve your country and get sick—particularly a colonel who’d been in the Army 28 years at the time and had prepared his entire adult life to serve in combat. But I went to therapy because I felt that if I didn’t, I’d lose my wife and daughter.

There are three things I learned when I was in therapy. First, I needed it. I was on a downward spiral. I had to do something. The second is, it helped. My therapist gave me tools to help mitigate my anger. And third, it wasn’t quite enough.

One day a fellow colonel made a derogatory comment about one of my buddies, and I went after him. I was gonna beat the crap out of him, but I got pulled back before I could do anything. I got in trouble, though, bad trouble. It was about that time that my psychiatrist said, “Hey, Fred, have you tried medication?” That was another red line for me.

I said, “I can do it myself. I’m a soldier. I’m self-disciplined.” But obviously, the issue with that colonel proved otherwise.

I thought, If I don’t do something, I could leave the Army in a bad way.

When I first took medication, ironically it was just like a firefight. There’s nothing that brings greater clarity than the snap of a bullet by your head, and its impact two inches away. Then the world slows down so you can see its full spectrum. And then you apply your training to your work. That pill provided the clarity and the slowing down, and therapy gave me the tools I needed to make the right decisions.

After a while, I would remember my buddies only when I wanted to. They weren’t revolving in my head. And shooting myself was a ridiculous notion that never entered my mind again.

One morning, I woke up after an awesome night’s sleep, and I’m lying next to my wife, which is something we’d never do, pillows propped up, drinking coffee. I look over to her, and I touch her and say, “So this is what it’s like to be really normal?”

I thank God every day for that night in the Jeffersonville jail and the cop who pulled me over. I thank God for my wife who had the courage to give me that ultimatum. I thank God for giving me clarity to make the right decision in my now-or-never moments.

*Told live at a Moth show at the Bomhard Theater in Louisville, KY.

Fred Johnson
Fred Johnson, 54, is the cofounder of Veterans and Kentucky Shakespeare in Louisville, Kentucky.