7 Icky, Bad Habits That Put Your Health at Risk

What are the ultimate consequences of sleeping with the TV on, driving in flip flops, or drinking old water?

Do your dirty little everyday habits jeopardize your health?

Is it bad to fall asleep with the TV on? 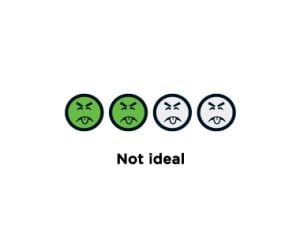 This habit might mess with your shut-eye. A new Australian study found that watching TV before bed keeps kids and teens up later rather than lulling them to sleep. University of Pennsylvania research from 2009 revealed that the time people spent watching TV before bed was a key factor in when they hit the sack, which could lead to sleep deficits. Researchers at Ohio State University even found that hamsters exposed to TV-like light at night showed signs of depression. But don’t swap TV time for iPad or smartphone time. These devices are actually more stimulating to your brain. Using them close to bedtime can make it tougher to slip into slumber, says Michael Breus, a psychologist who specializes in sleep disorders.

However, if you swear that Seinfeld reruns help you snooze, you might not be wrong. “For certain people who have trouble ‘turning their brain off,’ watching TV, which is very passive, could allow them to relax and fall asleep,” says Breus. Just be sure to set a timer to turn the TV off so that a blaring infomercial doesn’t wake you up in the middle of the night.

How gross is it for me to use my spouse’s toothbrush or razor? 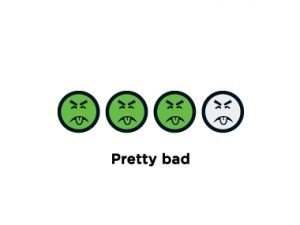 As intimate as you are with your partner, swapping personal-care items may take things a little too far, says Shilpi Agarwal, MD, a family and integrative medicine physician in Los Angeles. In addition to the cavity- or gum disease–causing bacteria that live on toothbrushes, cold and flu viruses can also linger for up to eight hours, she says. (That said, kissing can transfer these viruses and bacteria too—so if you smooch your spouse a lot, chances are you’ll be exposed anyhow.)

“As for razors, Staphylococcus bacteria are a concern. Another person’s razor blades may carry germs that spread by skin contact and can lead to infections, boils, and even abscesses, especially if you accidentally break the skin,” says Dr. Agarwal. Some strains of bugs may even be resistant to antibiotics.

Also notable: Skin and hair-growth patterns of men’s faces and women’s legs are very different. “If a razor is used interchangeably, it is more likely to have kinks in the blade; this makes both parties more prone to cuts and irritation that can become colonized with bacteria.”

How bad is it to drink water out of a bottle that you left in the car for weeks? 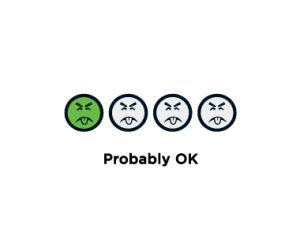 First, know that despite scary e-mail forwards from nervous relatives, you needn’t worry about disposable plastic water bottles leaching cancer-causing chemicals into the liquid, according to the American Cancer Society. Commercial water bottles often don’t contain concerning hormone-disrupting chemicals like bisphenol A (BPA) or phthalates either.

But any used bottle can harbor germs from saliva backwash, says Charles Gerba, a microbiologist at the University of Arizona and coauthor of The Germ Freak’s Guide to Outwitting Colds and Flu. Surprisingly, “that’s not really a problem as long as you don’t share the bottle with other people,” he says, since your immune system has already dealt with whatever cold, flu, or other germs may be in your mouth. One exception: sports bottles that you’ve used your thumb or fingers to press shut. Bacteria such as E. coli or Staphylococcus on your hands can contaminate the nozzle when you press it down and then flourish in the warm, moist environment. “Then you’re going to stick that in your mouth? Not a good idea,” says Gerba.

Any reason I can’t leave the toaster plugged in all the time?

This is a case of better safe than sorry. Toasters are far more likely to ignite while in use than not, but they can malfunction even while off, particularly if the cord is damaged. If you leave the toaster plugged in, you could accidentally leave it on or switch it on. (A National Fire Protection Association [NFPA] analysis found that 11 percent of 3,600 toaster/toaster oven fires over a four-year period occurred when they were unintentionally turned on or not turned off.) Crumbs that accumulate can be a fire hazard if you don’t clean them out regularly.

“Major toaster manufacturers advise unplugging,” says Lorraine Carli, NFPA vice president of outreach and advocacy. That said, if you keep the toaster away from combustibles and see no cord damage, it’s probably fine if you forget to unplug it every now and then.

Next: Sharing with your dog, driving in flip-flops, more »

How dicey is it to let my dog lick my ice cream? 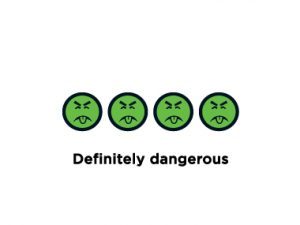 Sadly, it’s not true that a dog’s mouth is cleaner than your own: A 2012 Japanese study found that both dogs and humans have in their mouths several different kinds of harmful bacteria that can cause or worsen gum disease. Dogs have also been known to carry salmonella bacteria, says Gerba, which can cause severe food poisoning symptoms in humans. Sharing food or letting your dog lick your mouth could be unhealthy for both of you, depending on which types of germs you each harbor. Plus, if your pooch is the kind that likes to sniff and lick gross stuff on his walks (you know—deer feces, half-rotten garbage), who knows what health-compromising bugs and chemicals could be on his tongue? “Personally, I’m suspicious of any animal that uses its tongue as toilet paper,” says Gerba.

Can I wash my hair with body wash in a pinch?

If you just ran out of shampoo, a one-time washing isn’t going to harm anything more than your pride. But body washes and bar soaps can create a chemical reaction with minerals in your water that could leave a scummy film on your hair, says LeAine Dehmer, a Los Angeles–based skin-care product researcher and developer. In fact, the ones with lots of moisturizers and oils can leave even more residue, giving you flat, heavy locks. “Hair is very porous and really soaks up waxes and oils,” says Dehmer. So if you’re trying to, say, pack light for a trip, look for an all-in-one hair and body wash. It can do a good job of rinsing clean with less residue, says Dehmer.

Is it OK to drive in flip-flops?

Flip-flops have been blamed for some truly tragic traffic accidents—including one in New York in which a woman lost control and crashed into a church foyer, killing three people. Flip-flops can slip off and either get stuck under the brake and gas pedals or depress both pedals at the same time, says former police officer and certified traffic safety and crash expert John E. Langan. “Driving is the most dangerous activity the average person will do in his lifetime. Why would anyone want to make it even more dangerous by wearing the wrong shoes?” he says. So the next time you must get behind the wheel wearing flip-flops, just slip them off and set them on the seat next to you. “Driving barefoot is better than wearing flip-flops,” says William Van Tassel, manager of driver-training programs at AAA’s national office.