Yes, you CAN make nostalgic banana pudding from scratch, just like Grandma's!

Banana pudding is one of those desserts that has a classic old-school connotation. You might think of it as an hours-long process to get the perfect dessert for the church potluck or a quick treat to whip up with pre-made ingredients like Cool Whip and Jell-O pudding. My husband thinks of this recipe as the former and his childhood favorite dessert made by his grandmother.

I tried to make banana pudding from scratch for him many times but always heard, “This is great but it’s not like Grandma’s.” So finally, I found out her secrets and I’m so excited to share them with you. Add these 20 other desserts that taste like Grandma used to make to your recipe box too.

How to make banana pudding from scratch

For the whipped cream 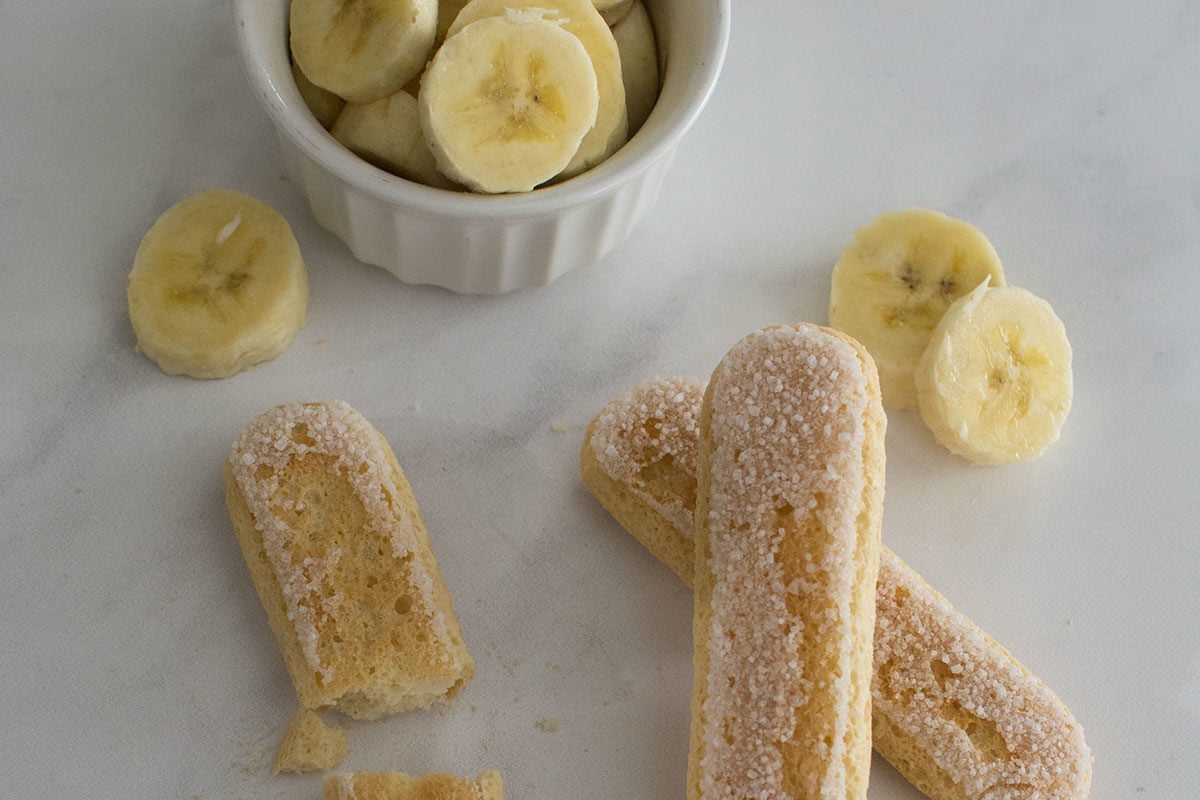 The biggest thing my recipe was missing: ladyfingers! These crunchy cookies—not the spongy kind you sometimes find in the bakery—are thicker and less sweet than the more traditional vanilla wafer. They really soak up the banana pudding so the layer of ladyfingers becomes cake-like in the assembled pudding.

Grandma also used an extra egg yolk in her recipes which makes the pudding thick and more yellow. That yellow color really makes you think banana before you even give the pudding a try! Here’s what to do with extra egg whites.

My special twist on the recipe is adding cinnamon to the whipped cream. The hint of spice from the cinnamon elevates the flavors from being very sweet and vanilla-y to a more complex bite. It’s a great addition to many desserts with homemade whipped cream.

Now using those secrets, it’s time to make the pudding.

In a medium saucepan whisk together sugar, cornstarch, and salt. Once well combined, add milk and place over medium-high heat, whisking until combined. Then add egg yolks and cook, stirring constantly until thickened. Stir in the butter and vanilla and remove from heat. Allow to cool at room temperature for five minutes. Press plastic wrap into the top of the pudding, then place in the refrigerator to cool completely, about an hour.

In a very cold bowl (chill it in the freezer!), whip heavy cream and sugar on high with a whisk attachment on a stand mixer or hand beaters. As soon as stiff peaks form, whip in cinnamon, a half teaspoon at a time. If you need more a more detailed DIY, we’ve got you covered.

Time to put it all together

You can serve this dessert as individual puddings or in a medium-sized trifle dish. I love how the layers look through the glass. Here are even more trifles with stunning layers for your dessert table.

Roughly chop or break ladyfingers with your hands—uneven pieces will give your pudding a more interesting texture. Keep a few whole for garnishing. Spread half the pieces on the bottom of your dish(es) and cover with half the banana pudding.

Slice half of your ripe bananas. Arrange the slices over the pudding layer and quickly top with whipped cream. The faster you top the bananas, the slower they will start to brown.

Repeat the layers and top with a little ladyfinger crumble, some cinnamon, and a few banana slices. Or, if serving individually, stand half of a ladyfinger up in the side of each dish. 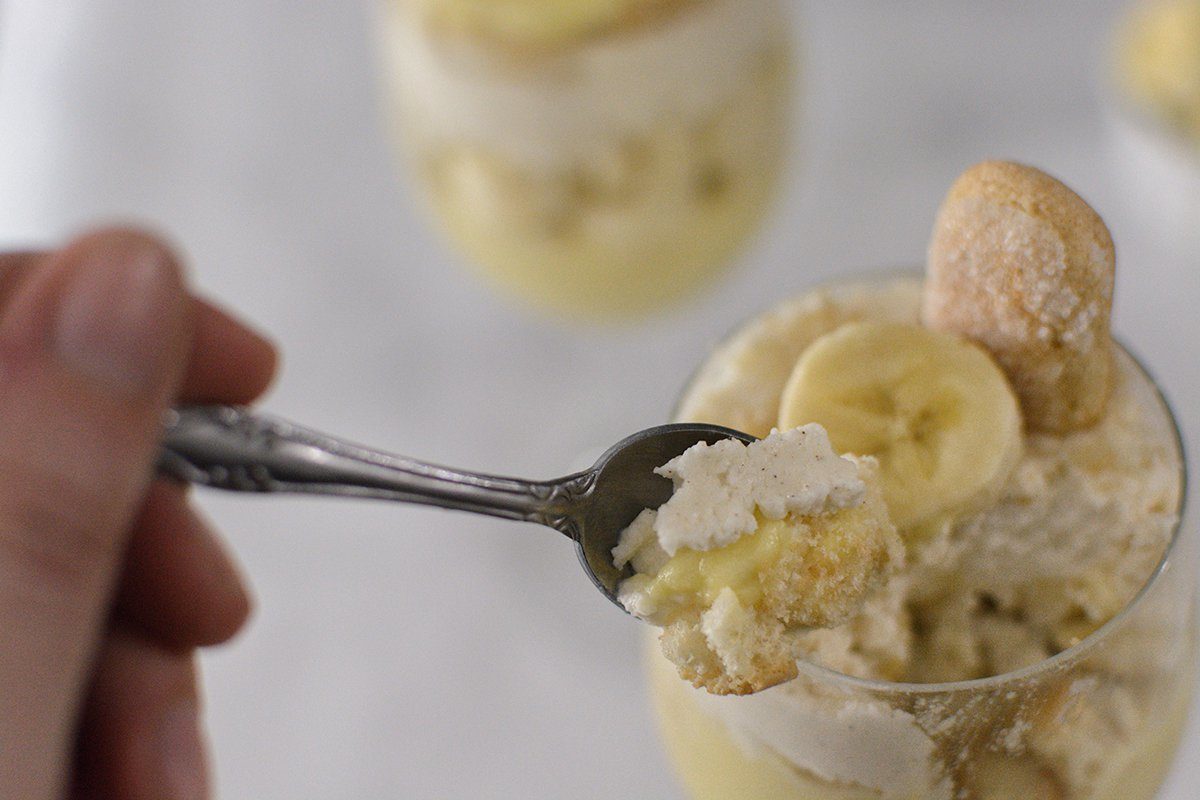 Just like Grandma’s! Making pudding from scratch instead of using boxed mixes makes all the difference. The flavor is more subtle and soaks up the banana flavor. The real game changer is the ladyfingers. Each cakey bite plays off the rich, homemade spiced whipped cream for a decadent but not-too-heavy dessert.

I served our pudding in wine glasses and loved the classy touch it gave such a classic dessert!

Mandy Naglich
Mandy is a food and beverage writer with bylines at WNYC, Munchies, Mic and October. She's a Certified Cicerone and award-winning homebrewer living, writing and cooking in New York City.

Why Can’t You Wear White After Labor Day?