“No Day Is Bad That Has Barbecue In It”: One Man’s Amazing Tribute to the Food of the South

Barbecue is more than just a meal—it's a way of life. Here's why. 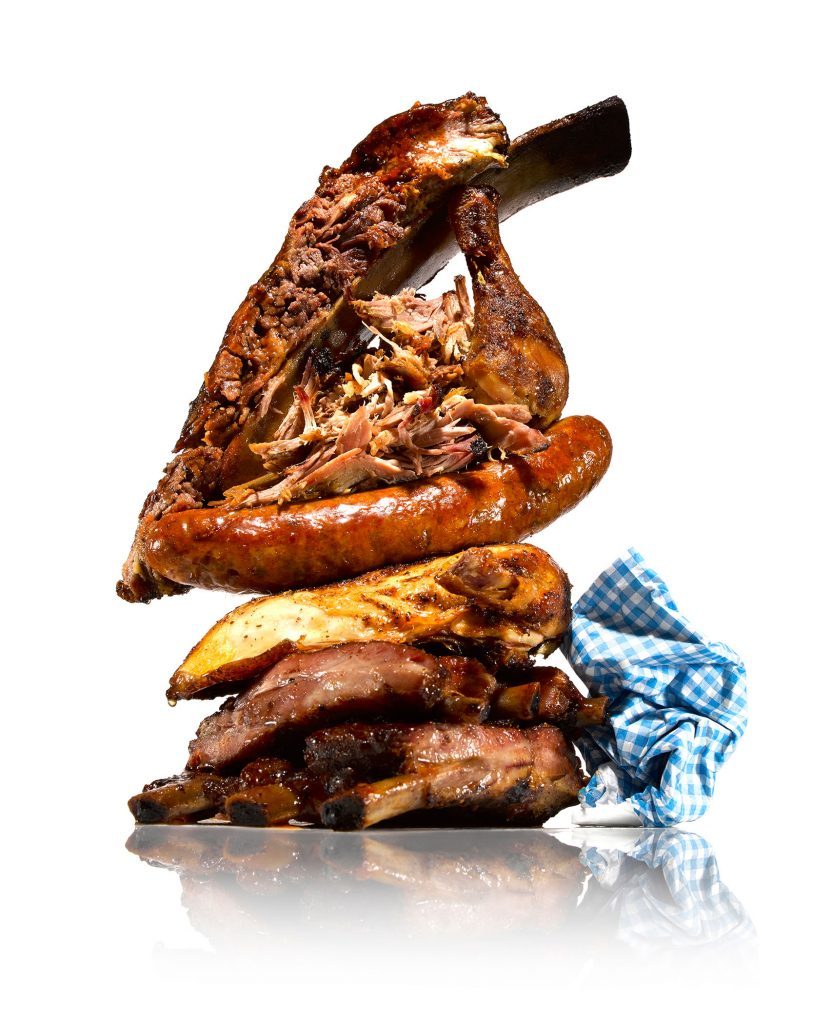 I believe in barbecue—as soul food and comfort food and health food, as a cuisine of both solace and celebration. When I’m feeling good, I want barbecue. When I’m feeling bad, I just want barbecue more. I believe in barbecue in all its regional derivations and ethnic translations, in forms that range from white-tablecloth presentations of cunningly sauced costillas to Chinese take-out spareribs that stain your fingers red to the most authentic product of the tar-paper rib shacks of the Deep South. I believe that as with sunshine and great sex, no day is bad that has barbecue in it.

I believe in the artistic genius of generations of pit men who worked in relative obscurity to keep alive the craft of slow smoking as it’s been practiced for as long as there’s been fire. A cook must have an intimate understanding of his work: the physics of fire and convection, the hard science of meat and heat and smoke—and then forget it all to achieve a gut-level, Zen instinct.

I believe that barbecue drives culture, not the other way around. Some of the first blows struck for equality and civil rights in the Deep South were made not in courtrooms or in schools or on buses but in barbecue shacks. Certain dining rooms, backyards, and roadhouse juke joints in the South were integrated long before any other public places were.

I believe that good barbecue requires no decor. Paper plates are OK. And paper napkins. And plastic utensils. And I believe that any place with a menu longer than a single page (or better yet, just a chalkboard) is coming dangerously close to putting on airs.

I believe that good barbecue needs sides the way good blues needs rhythm and that there is only one rule: Serve whatever you like, but whatever you serve, make it fresh. Have someone’s mama in the back doing the “taters” and hush puppies and sweet tea because Mama will know what she’s doing—or at least know better than some assembly-line worker bagging up powdered mashed potatoes by the ton.

I believe that proper barbecue ought to come in significant portions. Skinny people can eat barbecue and do, but the kitchen should cook for a fat man who hasn’t eaten since breakfast. My leftovers should last for days.

I believe—I know—there is no such thing as too much barbecue. Good, bad, or in between, old-fashioned pit smoked or high-tech and modern—it doesn’t matter. Existing without gimmickry, barbecue is truth; it is history and home, and the only thing I don’t believe is that I’ll ever get enough.