An unlikely friendship teaches one woman the importance of taking a chance on others. 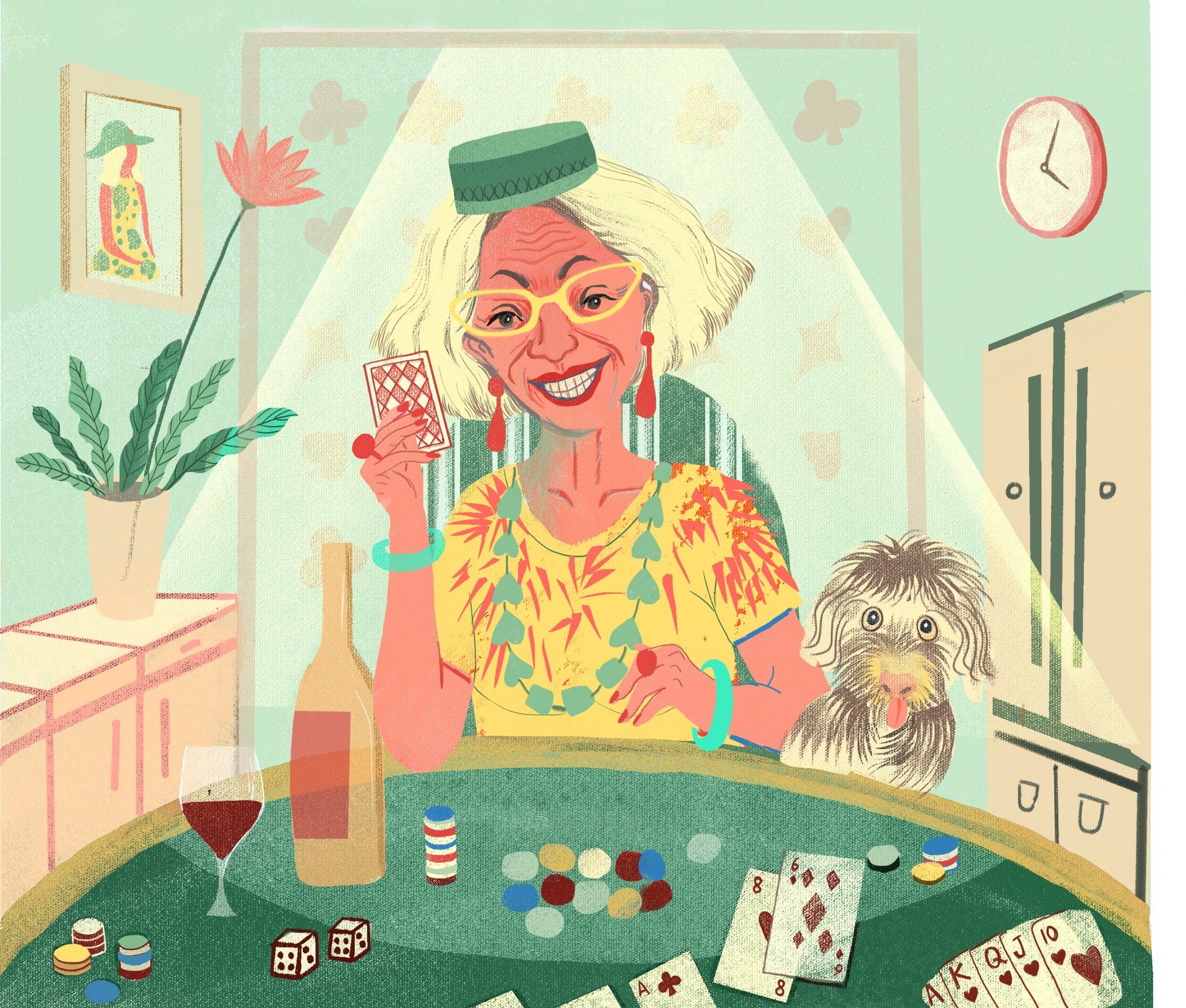 Our families lived more than 450 miles away, so a few weeks before Thanksgiving one year, my then-husband and I decided to invite a guest over for the holiday. I called a senior center in the Dallas area and they suggested Ilse, a woman I imagined would be quiet, soft-spoken, serene. I was wrong.

Ilse was a stubborn 78-year-old force of nature. She enjoyed complimentary gambling junkets to Las ­Vegas and kept a local bookie on speed dial. She favored sequined T‑shirts; her tiny wirehaired mutt, named ­Speckles; and spending time at the senior ­center. Describing this opinionated, four-foot-four woman as a fire­cracker would be like referring to the Olympic torch as a disposable lighter.

On Thanksgiving, within minutes of arriving, Ilse plopped her oversized purse on the kitchen counter and, with a wide, denture-filled smile, welcomed the glass of wine my husband offered. By the end of the evening, we felt as if this quirky septuagenarian were an old friend. Two weeks later, I invited her to lunch.

The more time I spent with Ilse, the more she became like a surrogate grandma, albeit a saucy one. She wasn’t afraid to share her opinion with others or to ask me when I was finally going to have children. “You’re not getting any younger,” she’d say.

I soon became her personal Uber driver (minus the fee), and I noticed that the more favors I agreed to do, the more she asked of me. Six months after we met, desperate for backup, I called her only child, Ralph. He claimed he didn’t have time to help. I questioned his “I’m too busy” excuse, but I kept my thoughts to myself.

A few months later, Ralph passed away. After the funeral, I realized Ilse was too distraught to be left alone and helped her hire a caregiver. Having known her for two years, I felt responsible for her. She was like family to me, and I was the only one left in her tribe.

Each time I stopped by her apartment, Ilse seemed more disconnected than the time before. Late one afternoon, she called from the emergency room to tell me she had tripped over her monstrous coffee table. Using the spare key she’d insisted I make months before, I searched her apartment for other trip hazards. The table had to go.

The next morning, Ilse called to ask about her table. She was angry and told me how upset she was that I had given away a family heirloom. Then she hung up on me.

When Ilse called that evening to apologize, I told my husband to say I wasn’t home. I was still angry and hurt.

The following day, I returned her call but was unable to understand what she was saying. I drove her to the emergency room, where the doctor confirmed she had suffered a mild stroke. During the next few days, I dropped by her apartment, but she was no longer the vibrant, obstinate Ilse I knew. At the end of the week, I received an early-morning call from her caregiver. “Please come over now,” the woman said, her voice ­matter-of-fact. “She’s passed away.”

When I arrived, I saw Ilse lying on her bed, motionless, her eyes closed. I sat on the edge of the bed and held her frail hand, too shocked to cry.

The morning after Ilse’s death, I pulled her will out of my file cabinet. Ilse had insisted I take a copy of it a year earlier. I read through it and stopped when I saw my name. She had left me $50,000. I didn’t remember her saying anything about her bequest. If she had, I would have insisted she donate the money to charity or give it to a friend she had known longer.

I knew I couldn’t spend what she had left me on myself. Ilse was a friend I’d helped out of loyalty and respect, not with the expectation of being paid.

Her attorney sent me a check, and I opened an investment account in her honor. Over the next 20 years, Ilse’s gift grew and gave me the opportunity to disperse funds in her name to a cause she cared about deeply: children.

Various families and charities benefited from her donations. Some families received funds to send their grade-schoolers to summer camp. Through the local food bank’s “Food 4 Kids” program, her donation provided children who relied on daily school meals with weekend backpacks filled with food to take home with them on Fridays.

A few days before my unconventional friend died, I heard her on the phone asking about “the odds.” I don’t know whether her last bet paid off—I didn’t ask her bookie when I met her at Ilse’s funeral. Yet the gamble I’d taken years before when I placed a call to the senior center and met Ilse had definitely made my life richer. I took a chance on humanity, and Ilse’s friendship was the jackpot.

Lisa Kanarek
Lisa Kanarek is a freelance writer who covers family, relationships, and acts of kindness. Her work has been published in Reader’s Digest, The New York Times and The Washington Post, among other publications. She lives in Dallas, TX. Follow her on Facebook, Twitter, and Instagram.

How to Remove Blood Stains from Carpet
This Man Thinks He’s the Luckiest in the World—Even Though He Went Blind in College
Forget Book Club: This Fishing Club Is the Ultimate Female Bonding Experience