Andy SimmonsUpdated: Apr. 15, 2016
From the book The Big Bad Book of Bill Murray

'The Big Bad Book of Bill Murray' by Robert Schnakenberg (Quirk), is an encyclopedia of all that is Murray. Here are some of the takeaways we’ve gleaned from it. 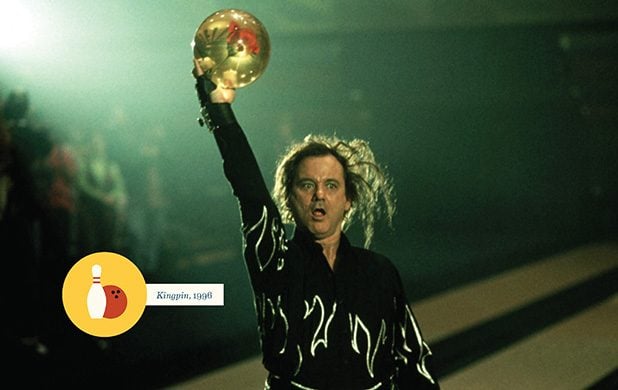 Courtesy of the Everett Collection

1) He’s nearly impossible to contact
Bill Murray disdains Hollywood agents, so he doesn’t have one. To reach him, filmmakers must leave a message on an 800 number, which he rarely checks. Said Robert Downy, Jr., “We wanted Bill to consider a role in Iron Man, but nobody could find him.”

2) As if we couldn’t have guessed, he was no boy scout
As a child, Murray was kicked out of the Boy Scouts before he was even issued a uniform.

3) He can’t spell
In 2004, Bill Murray lent his voice as the curmudgeonly feline in the disastrous movie Garfield. He committed to the film because he thought it was written by auteur writer/director Joel Coen, who, along with his brother Ethan, wrote and directed the acclaimed films Fargo and The Big Lebowski. Murray was off by an “H,” however. Garfield was written by Joel Cohen, whose filmography includes the not-so-acclaimed Cheaper By the Dozen and Daddy Day Camp.

4) He turned down a lot of leading roles
We almost got to see Murray star in these films:
Airplane!
Alvin and the Chipmunks
Bad Santa
Boogie Nights
Kindergarten Cop
Little Miss Sunshine
Lost In America
Splash

5) He’s true to his word
While vacationing at a spa, Murray was inundated with autograph hounds. He signed each and every one, but by the end he’d grown weary. When a woman clad in a fur coat asked him to sign a piece of paper, he agreed, with one stipulation: he could toss her into the pool, fur and all. “You do that,” she said dismissively, as she shoved a pen at him. With that, he picked her up, carried her to the pool, and dropped her in … fur and all.

6) He co-owns a minor league baseball team
Murray’s official title with the Charleston River Dogs is Director of Fun. “It means I have a portfolio,” he told the Boston Globe. “If I’m arrested I’m to be taken to an embassy someplace. Like in a fun place. Monte Carlo or someplace.”

7) He parties hearty
Murray is known for crashing bachelor parties, weddings, sporting events, and even Elvis Presley’s funeral in 1977. In 2006, Murray was in Scotland for a golf tournament. While there, he met a 22-year-old Norwegian student at a pub and accompanied him back to a party full of Scandinavian students. Murray stayed till the end and personally washed all the dirty dishes.

8) He’s a mensch
In the 1970s, Bruce Willis worked as a page at NBC, where Saturday Night Live was shot. According to Willis, of all the cast members, Murray and Gilda Radner were the only ones who treated him “like a human being.” 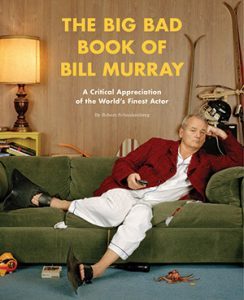 Courtesy of the Everett CollectionGet more of your fill of bill in the new book The Big Bad Book of Bill Murray.