The Power of Music: How Billie Holiday Showed Me the Beauty in Hardship

A pianist reflects on the beautiful soundtrack to her life 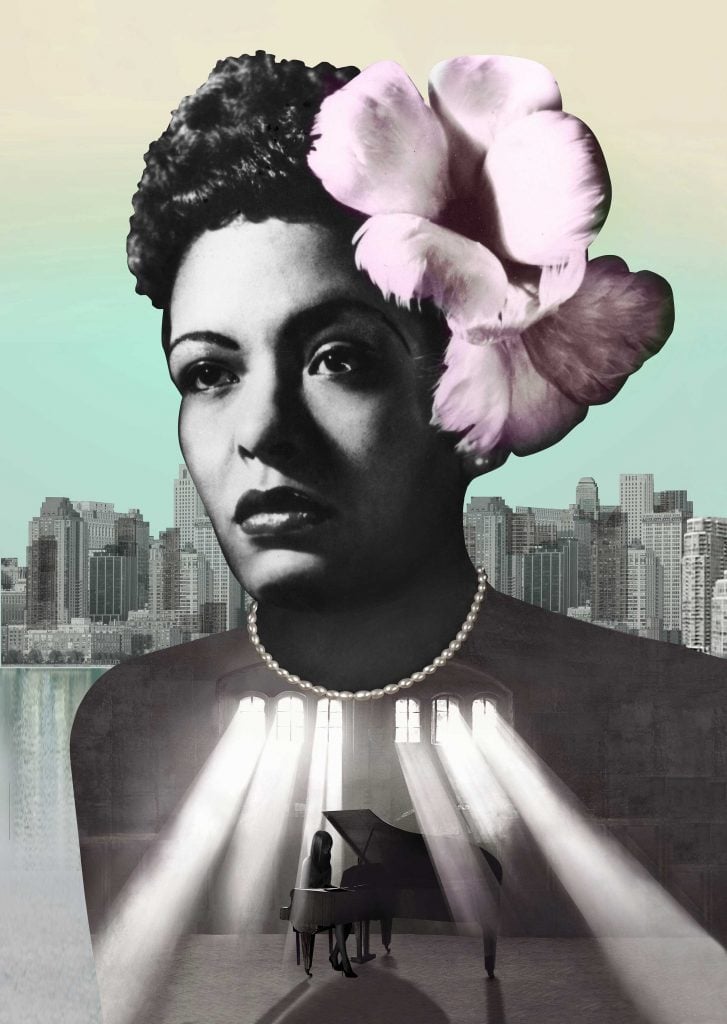 Every Saturday morning, when I was a little girl, my sisters and I went to the San Francisco Conservatory of Music for what we called Saturday classes: piano lessons, theory, music history—serious classical music training for serious little musicians. After we got home, we had a ritual. We’d get out our “dress-up” from the vintage steamer trunk that housed a collection of my mother’s 1960s party dresses and my grandmother’s furs, go through my parents’ record collection—the Beatles, Sinatra, Charles Aznavour, Nat King Cole, Billie Holiday—and dance around the living room. The Billie Holiday records stopped me in my tracks. I was enthralled by Lady Day, her dark eyes shaded by a white gardenia, her world-worn voice, and the mood and phrasing, line and color that she brought to even the simplest tune.

In my diary, when I was eight, I made a careful list in perfect cursive of all my favorite things. My favorite song was Billie Holiday’s “I Cover the Waterfront”—such a sad song, about watching and waiting for a love that’s gone. That year was the last year of my father’s long, slow dying. After he passed away, I spent foggy afternoons at the window, looking out over the San Francisco Bay, waiting for the grief to lift. I pulled out the old records at night. “I cover the waterfront,” Billie sang. “I’m watching the sea / Will the one I love be coming back to me?”

My father was born in Harlem and grew up steps from the clubs where jazz blossomed in its golden age and where Billie Holiday was singing during his childhood. He loved jazz. In my earliest memories, he is listening to records, the long length of him stretched out in our living room. In the end, he left us the memories and the records.

[pullquote]Schumann and Lady Day both knew a thing or two about heartache. “I’ll be looking at the moon, but I’ll be seeing you,” she sang.[/pullquote]

Our family buried our loss in our music. My mother took me and my sisters to Europe, where we lived in the great capitals and studied at the great conservatories with the legendary artists of a quickly vanishing generation. It was a very different life, surely, than the one my father had imagined for us. American culture was something far away, accessed through overdubbed TV reruns, the occasional jar of peanut butter from an Army base commissary, and the cheap East Bloc bootleg jazz CDs we bought at open-air markets.

My sisters and I were growing up. I had my first love affairs. I spent one cold winter in Vienna practicing Schumann all day and listening to Billie Holiday records all night, missing a boy an ocean away. Schumann and Lady Day both knew a thing or two about heartache. “I’ll be looking at the moon, but I’ll be seeing you,” she sang.

Ten years later, I moved back to the States. I made my way, very alone, through the unknown landscape of the New York music world. I was starting over, and it was hard. There were moments of despair and defeat. I practiced Ravel and Liszt all day in a windowless sublet and listened to Billie Holiday records at night. “Beautiful to take a chance,” she sang. I found new courage and took some chances and had some astonishing luck—a competition win, a Carnegie Hall debut recital, a recording contract.

I was hungry for American music, for a reconnection with what was home. I played music by Copland, Gershwin, Bernstein, Ellington. There was something I needed to find in a musical tradition “beyond category,” as Ellington put it—a musical sea made of waves of immigration and tides of change. This distinct sound, from the concert halls to the clubs, spoke to me because it is everything we are, coming from so many different places and people. 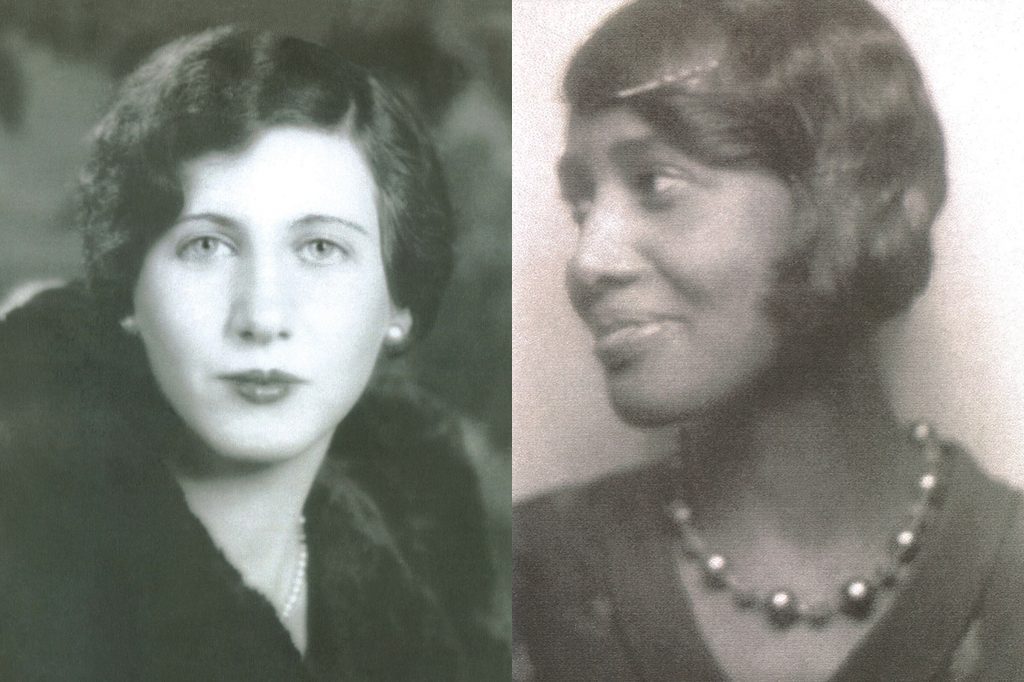 On my bedside table I have two posed studio photographs from the 1930s. My two grandmothers: Grandmother Fay, one of seven sisters born to Jewish immigrants from the town of Belz in Ukraine, who grew up in Buffalo, New York, and came out to San Francisco when my mother settled there, who lived just a few blocks away from us when I was little but whose story I wish I knew better. And my Jamaican grandmother, Ivy, who moved as a young woman to Harlem, who died when my father was very small, and whose story is lost to family history and memory except for the equation of nose and cheekbones that I see whenever I look in the mirror.

My story of race and roots is captured in these two faded portraits. Two women, looking out at me in the bloom of their youth, framed inside the parameters of a time in which a relationship between them would have been buried under layers of impossibilities and prejudices. Looking into their eyes, I see proof of how much change has come in two short generations, how very recently their granddaughter’s version of American life became possible.

My parents met at a sit-in in San Francisco in the mid-’60s, and they dreamed for their three caramel-colored girls of a future color-blind America in which race wouldn’t matter. But, of course, it did. From the beginning, I was well aware of the undercurrent of racial complexities and complexes that run through our culture. Being caramel colored in America comes with a burden of confusions, assumptions, and questions. Living abroad shifted that burden, but when I came back, I felt it again.

A musician is born and then made. Everything folds together: all the music you hear, study, practice, and perform, all the lessons you’re taught and the ones you learn on your own. So when I decided to pay tribute to Billie Holiday by recording a piano album of her songbook, I had to take a hard look at this lifetime I’ve lived with her music. I had to turn back to the nights when her voice had sung me out of sadness to sleep, back to those Saturday afternoons of my childhood, and to ask myself what I’d learned from her, as a musician and a woman.

[pullquote]She didn’t follow anyone’s rules. “If I’m going to sing like anyone else,” she said, “then I don’t need to sing at all.”[/pullquote]

She was one of the most innovative and distinctive musicians of any genre. She was a brilliant, mesmerizing, self-destructive woman whose life swung from tragedy to triumph and back again. Her voice spoke volumes about hard living and heartbreak and about improvising your way through it all. She took a song, any song, and made it immediately and forever her own. She didn’t follow anyone’s rules. “If I’m going to sing like anyone else,” she said, “then I don’t need to sing at all.”

When I was eight, Billie Holiday’s music taught me that something beautiful could be made from sadness. For a musician, that is one of the most powerful lessons to learn. It’s what saves us. She lived a short and troubled life, but the happiness and luck that she did find, she found through music. And finding your joy and strength in music is something I know. I know what it’s like, when things have fallen to pieces, to put on a satin dress and go onstage and find the secret power of a woman in a satin dress and make your listeners fall in love with the music. Just like I fell in love with Billie Holiday’s songs.

She gave away her heart boldly and foolishly, and every time it was bruised, she turned that pain into something graceful and moving, in a song. “Love is funny or it’s sad, it’s a good thing or it’s bad,” she sang, “but beautiful.” There have been times when I’ve given my heart at the wrong time to the wrong man. One spring I played Rachmaninoff during the day and listened to Billie Holiday at night. “I’m a fool to want you,” she sang, a phrase I echoed in my head.

It’s been hard to hold on to hope this year. I’m raising a caramel-colored boy of my own and would like to think that my parents’ dream can come true for him. But I am afraid it is still out of reach. I’ve been sad and turned to the music that taught me how to find the beauty in pain. I’ve been playing Billie Holiday songs across America with my musician’s voice reaching back to join hers. I’ve met people who heard her sing in Harlem when my father was a boy, people who were her friends and lost her too soon, people who have lived their whole lives with her records, as I have.

This music has made me new friends, told me new stories, brought back things I thought I’d lost a long time ago. It’s brought me home. After all the years, all the travels, all the music, I’ve understood the lesson I’ve learned from Lady Day: that the magic in making music, as in living life, is to forget about all the definitions and rules you ever learned, to lean back against the launchpad of your history and your experience, your losses and heartaches and joys, to look out into the future and to make something that is completely your own. Something that reaches deep to your center and pulls out a truth powerful enough to illuminate the moment and to shine far ahead, into memory. Something unexpected, something indefinable, perhaps complicated, but beautiful. Listen to the music that inspired this essay here.

Fans of classic music will love these rare, vintage photos of Elvis Presley. 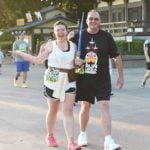