The Activity You Should Do in Bed to Strengthen Your Marriage (And It Isn’t Sex!)

Relationship saving for just $7.99 per month. Or free if you just steal logins from your cousin Greg.

In 2017, it takes a lot to get anyone to sit down and watch TV at a specific date and time. Live events and zeitgeist-dominating television shows are pretty much the only things that will warrant appointment viewing nowadays, and that’s thanks in large part to the golden age of streaming services with their nearly unlimited content, including classic shows you never knew you could stream. Why sit through six to eight minutes of commercials on a weekly basis when you can just binge-watch a whole season in one sitting?

As evidenced by the cord-cutting numbers, plenty of people are opting for this new means of media consumption. And for the consumers doing their mass-streaming with a significant other, they are enjoying a particular benefit which their single compatriots can’t enjoy. According to a new study reported on by Men’s Health, binge watching might prove come in pretty clutch for your relationship. (Just make sure you don’t commit the worst binge sin of all, Netflix cheating.)

The study, titled “Let’s Stay Home and Watch TV” (the most on-the-nose title of all time), collected data from 200 couples in long-term committed relationships. The research was simple: The couples were asked about how satisfied they were with their partner, and how often they consumed media as a coupled activity.

The study found that there was a direct link between media consumption while together and relationship satisfaction. As the numbers of hours spent binge watching increased, so did the numbers on the satisfaction scale.

So, there you have it. If the only plans you have with your significant other for the next six days are sitting on the couch and watch Legends of the Hidden Temple reruns, that’s quite alright. Just make sure that you leave the seventh day open for this scientifically-proven relationship-saving activity. 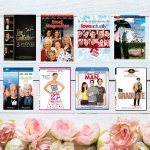 12 of the Most Epic Movies About Weddings 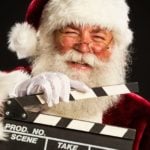