Romaine Was Adopted as a Baby. When She Rejoined Her Birth Family, She Brought Along a Priceless Family Treasure.

After 40 years apart, my aunt finally reunited with her family. Nobody was prepared for the emotion. 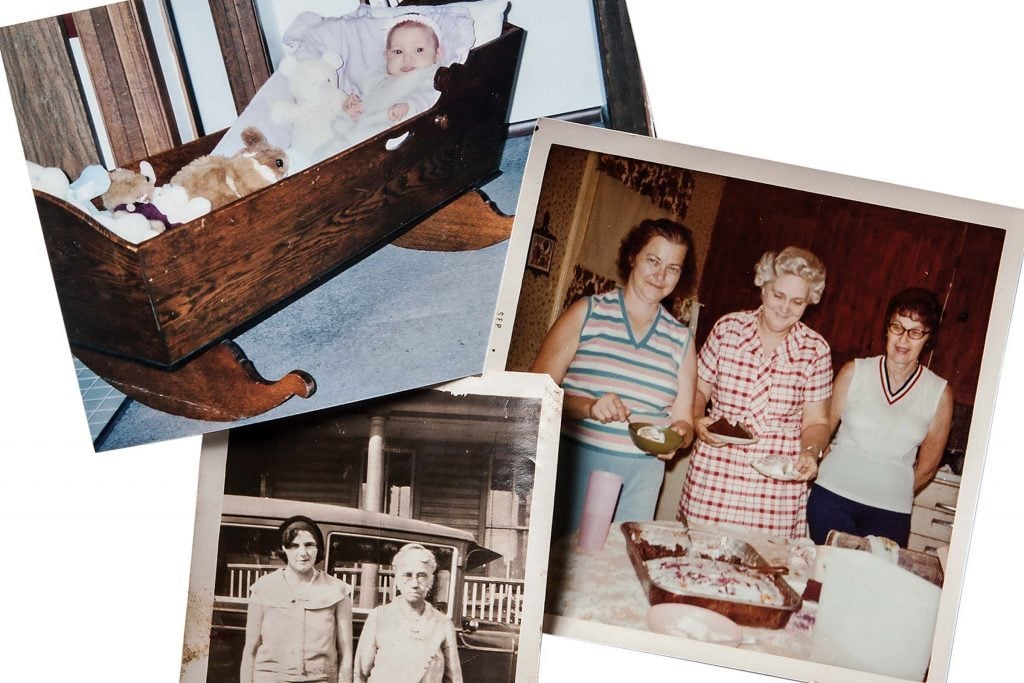 My grandmother Mary Walker Royston was born in 1894 in Shrewsbury, Pennsylvania. She and her siblings slept in a pine cradle built by their uncle. It was three feet long and sat on the floor on rockers. Her children (my mother included) slept in it too.

My grandmother was pregnant with her seventh child when my grandfather Sylvanis died in a tragic motorcycle accident.

With little income and six children to raise, my grandmother was forced to allow a Mennonite family to adopt her new baby, Romaine, sending along with her the cradle in which all my grandmother’s children had slept.

The Mennonite family renamed the child Hilda. Hilda stayed with her adopted family until she was in her 40s, when one of her brothers asked her if she would like to come live with him.

With that, Hilda reconnected with her blood family and became Romaine again. She brought the cradle when she moved in with my uncle.

Aunt Romaine and I developed a close relationship, and on one visit, she brought over the cradle. I was overwhelmed by the significance of the gift.

My aunt never married and had no children of her own, and the cradle had skipped my generation—but both of my daughter’s children have slept in it, and hopefully my great-grandchildren will too.