It’s an incredibly important question that you may have never considered—and the answer likely affects much more than you realize.

As a diversity trainer, I hear a lot of confessions. Once, while facilitating a course on managing unconscious bias for a group of executives, a White man who was in charge of recruitment at his organization shared that when he interviews Black candidates for leadership roles, he finds his job to be much easier.

“I’m just way less intimidated by Black candidates than White ones,” he shrugged. “I feel bad saying this, but I want to ask you about it. I don’t know what it is.”

I believe it boils down to a fundamental inability to recognize that Black people can and should be in positions of authority. It’s a pervasive problem, and it’s one that I believe starts incredibly early—in childhood. That’s why it’s so deeply ingrained in so many people.

A surprisingly simple question gets to the heart of this issue, which I’ll ask you now: Do you remember your first Black teacher? Have you ever had a Black teacher?

Some of our first exposure to people in positions of authority is in our classrooms. We associate—whether positively or negatively—our experiences with the people who are leading us through elementary school. I wonder if the man in my training class had ever had a Black teacher. Black candidates may have been “less intimidating” to him simply because he wasn’t used to seeing Black people in charge.

Why the classroom matters

I wouldn’t be surprised if you never had a Black teacher, because there aren’t that many. According to the latest data available from the National Center of Education, from 2017 to 2018, Black teachers accounted for only 7 percent of all public school teachers in the United States. This means that many students are missing the opportunity to develop impactful, long-term relationships with Black teachers. These formative years are so important because they influence the way we think and the way we treat others, and they shape us into the adults we eventually become.

When we don’t see Black authority figures as the norm in our classrooms, we tend not to see them as the norm elsewhere either. That creates an enormous problem. We want children to draw upon real-life, positive experiences with the Black community, whether in the doctor’s office, at the store, in the executive board room, or walking down the street. Otherwise, they’re going to rely solely on media images and news headlines, and as a result, they’ll likely make assumptions about Black people that will undoubtedly be incomplete, if not outright incorrect.

Black teachers are good for everybody

This is crucial on a number of levels. For starters, when there are more Black teachers, we are creating a mirror for Black children to see themselves. We are also hopefully starting more than just a one-off experience that a White or non-Black child has with someone who is Black—something more than just an anecdote, a connection that can actually inform perceptions and perspective. If White children see Black people in positions of leadership early on and consistently, the hope is that they will be less likely to form negative and harmful biases in the first place.

Plus, by employing more Black teachers, we are showing children that everyone gets a chance to be seen for their knowledge and expertise. This is not something only reserved for people who are non-Black. All students, regardless of their race, need to see that.

Starting the conversation about representation 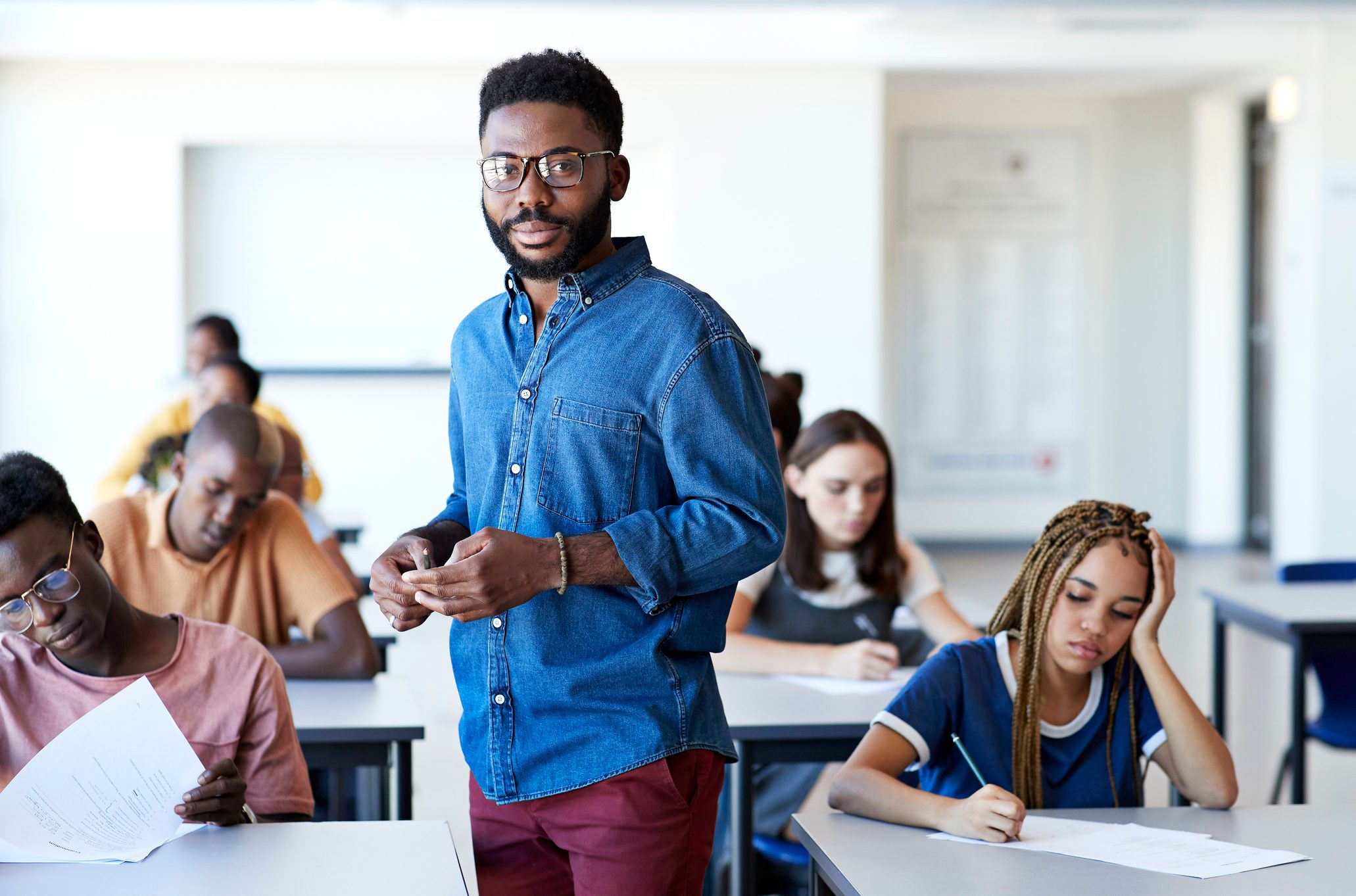 Klaus Vedfelt/Getty ImagesTeachers have an enormous influence on the lives of young people. The more Black teachers we have, the more connections with the Black community our children can have as they grow into who they were meant to become. And that is where it starts—with connection. Not just in the difficult conversations, but in the quick chats on the playground and in discussions about geography and math.

Even though I attended a diverse school, I had very few Black authority figures beyond my parents, my extended family, and a few music teachers and coaches. I started to understand what a big deal that was when I spent some time as a classroom and substitute teacher: I realized that just by showing up, I was starting a discussion. Maybe it was a conversation between a kid and me, maybe with a parent or another staff member, or maybe even between a group of children on the playground.

“Do you have Mr. Scott for English?” I imagined them saying. “Did you know he graduated from Rutgers and is a police officer, too?!”

You can’t go back and change the fact that you’ve had very few, if any, Black teachers. But you can do your best to become aware of the biases you didn’t even know you had, like the recruiter I was talking to that day. Think of it this way: Not noticing that you never had a Black teacher opens up the possibility that there are other things you haven’t noticed. And how can you figure out how something is affecting your life if you didn’t even know it was a problem?

The first step is recognizing that, as well as the fact that you may not have firsthand experience with Black authority figures. From there, we can begin to have the right conversations and do the hard but necessary work.

Small Ways You Can Fight Racism Every Day

12 Podcasts About Race You Need to Hear 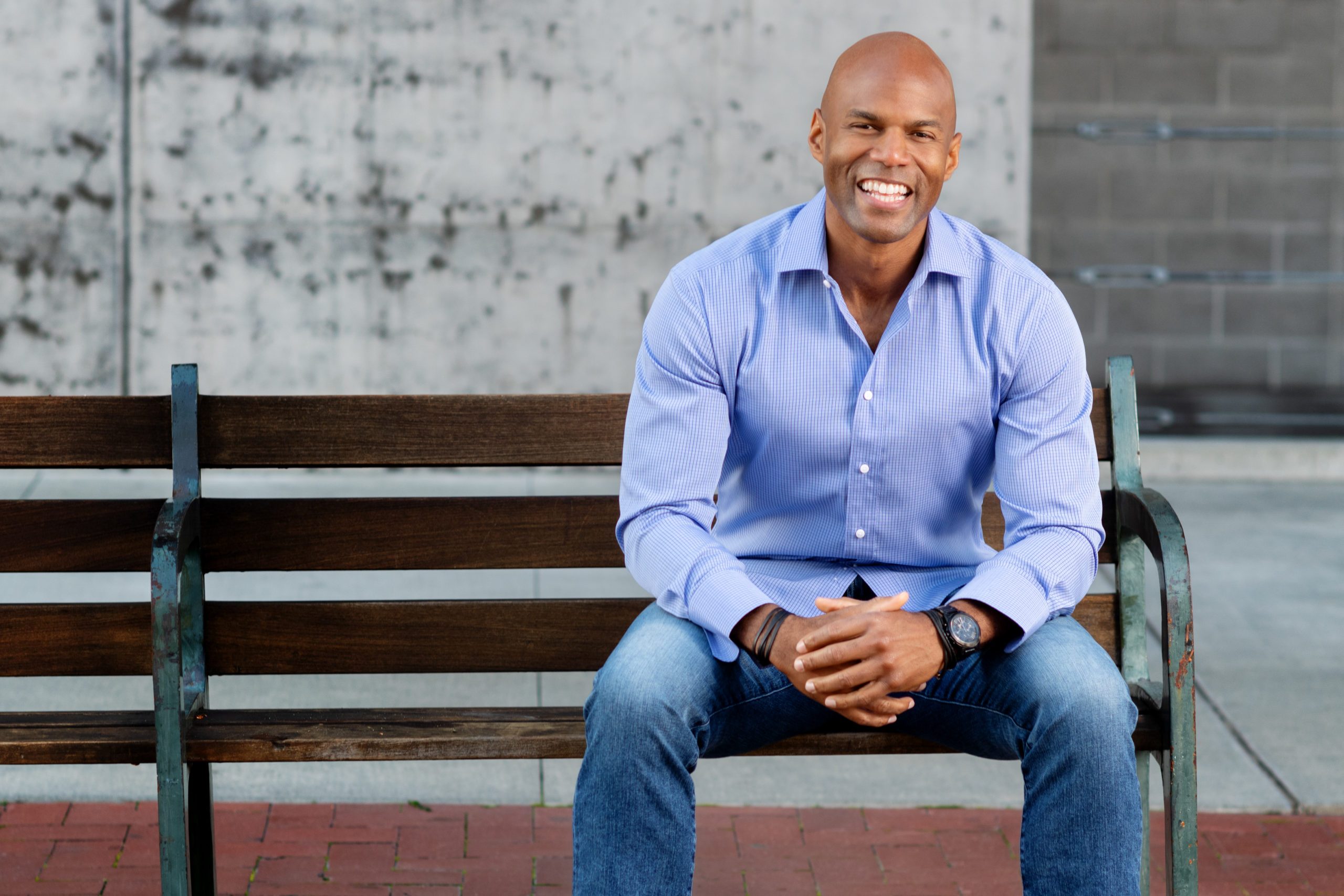 Brooks E. Scott
Brooks E. Scott is the founder and CEO of Merging Path Coaching. He is an executive coach and corporate facilitator on Feedback: How To Give and Receive, Managing Unconscious Bias, and Values Discovery and Alignment, as well as a DEI Strategic Advisor and a communications specialist.
Now Trending
When Is the Best Time to Buy Apple Products?
What Is Environmental Racism, and How Can We Fight It?
11 LGBTQ+ Charities to Support All Year Long