Even if you have insulin resistance and metabolic syndrome, a test of your blood sugar in a doctor’s office may

Even if you have insulin resistance and metabolic syndrome, a test of your blood sugar in a doctor’s office may show perfectly normal levels. For a while — for years, really — your body may be able to cope with too much blood sugar after meals by pumping out extra insulin.

In some people, though, the insulin-producing beta cells in the pancreas just can’t keep up. They become less effective (exhausted is the word doctors use), and some of them die. Then your body just can’t make enough insulin to keep blood sugar levels under control.

Your blood sugar may be a little high when you wake up in the morning. A normal level after a fast, that is, after 6 hours of not eating anything, is between 70 and 100 milligrams (mg) of glucose for every 10th of a liter of blood (dL). If yours is between 100 and 125 mg/dL, you have prediabetes. You don’t have full-blown diabetes yet, but you’re on the train that takes you there.

Your chances of developing diabetes are very high over the next few years — but you can still get off the train. That was proven in a major study, called the Diabetes Prevention Program, of more than 3,000 men and women in 27 U.S. medical centers. Their ages ranged from 25 to 85, with an average of 51. All were obese. All had prediabetes. About 11 percent of those in the study who did nothing to change their lifestyles went on to develop diabetes in each year of the three-year study. That is, about a third got diabetes.

Those who switched to healthier diets and lost weight, however, didn’t suffer the same fate. Over three years, they started walking about 30 minutes a day, ate healthier meals, and lost about 15 pounds (7 kg) each. Although some did develop diabetes, there was a 58 percent reduction in the overall incidence of the disease. 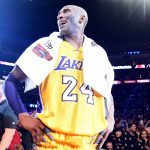 A Psychologist Explains Why We React So Strongly to Celebrity Deaths