The Surprising Difference Between British and American Vanilla Ice Cream

You expect vanilla ice cream to be a mixture of milk, cream, sugar and vanilla. Right? But some brands cut corners with unexpected ingredients. 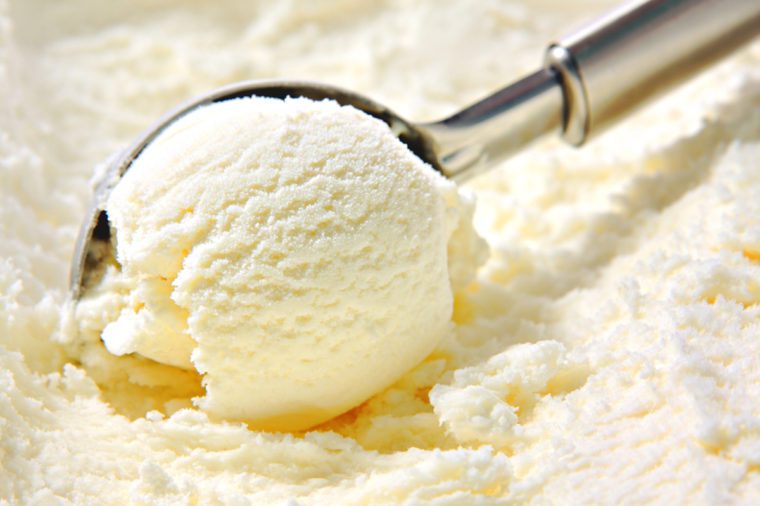 The United Kingdom gave us Harry Potter, a royal wedding with a mouthwatering menu, Prince George, and fish and chips. There are lots of reasons to look up to our friends across the pond! But for anyone who loves a scoop of vanilla ice cream, be sure to buy your gallon in the U-S-of-A.

The product review publication Which! (like the British version of Consumer Reports) tested 24 brands of vanilla ice cream and found that only half of them had vanilla, cream, and milk on their ingredients list. It’s enough to make us melt.

It’s made with what?

You expect ice cream to be a mixture of milk, cream, sugar, and flavors like vanilla. But some of the U.K. brands cut corners with unexpected ingredients. For instance, a brand called Wall’s Soft Scoop contains reconstituted skimmed milk, water, glucose syrup, vegetable oils, glucose-fructose syrup, sugar, whey solids, emulsifier and stabilizers, plus flavorings. It sounds more like a chemistry experiment than dessert! Here’s how to decode the flavors on any ingredients label.

The good news for American ice cream lovers is that both U.S. brands Which! tested—Ben & Jerry’s and Haagen-Dazs—have all three key ingredients. Ben & Jerry’s has cream, skim milk, and sugar as well as vanilla extract and vanilla beans. Haagen-Dazs contains cream, skim milk, cane sugar, and vanilla extract. By the way, this is why Brits and Americans spell “color” differently.

This is what’s happening

So why is the United Kingdom slacking with its ice cream? It wasn’t always this way. The United Kingdom used to require that “ice cream” contain at least 5 percent dairy fat. But in 2015, new guidelines eliminated those requirements. By comparison, the U.S. Food & Drug Administration still requires a minimum of 10 percent dairy fat in any product labeled “ice cream.” Founding father Thomas Jefferson—who is credited with creating the first American recipe for vanilla ice cream—would be proud!

How to make your own

You can simplify the ice cream ingredient list even more by making your own. This homemade vanilla ice cream recipe contains four ingredients: Heavy whipping cream, half-and-half, sugar and vanilla extract. If you don’t have an ice cream maker at home, follow this guide. Next, check out these foods that go by totally different names in Britain and America. In terms of subtle differences between the U.S. and U.K., there are many. This is why Europeans drive manual instead of automatic. 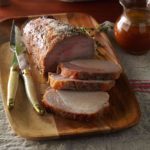 Is Pink Pork Safe to Eat?