Forgot to ask for a plane ticket to London, England on this year’s Christmas list? Not to worry. You can still celebrate the holiday season like a Queen—and no, we’re not talking about stealing the royal family’s favorite holiday traditions (although that is very much encouraged!).

Buckingham Palace has officially decked its halls for Christmas, and royal enthusiasts are drooling over the Yuletide makeover. At the center of the festive décor is a 15-foot Christmas tree, flanked by two smaller 10-foot versions, waiting to welcome holiday visitors at the palace’s Grand Entrance. All are decked out with pretty embellishments and sparkling lights; the evergreens even have tiny crowns for ornaments.

Queen Charlotte, the consort of King George III, brought the Christmas tree to Britain in the 18th century. But it was Queen Victoria and Prince Albert who popularized the holiday staple, spreading the tradition throughout the country, according to the video.

But the sights don’t end there. Lush greenery and colorful ornaments line the Grand Staircase, as well. And while we don’t get a peek inside the royal family’s private quarters, we’re willing to bet that they are as marvelously spruced up as the rest of the palace. We can’t afford royal-level Christmas decor, so we prefer to shop for decorations here. Watch the video below to see the festive royal abode for yourself!

Are you stumped on what to give your own Anglophile this holiday season? We recommend these 20 cheeky gifts every royal family fanatic will love. 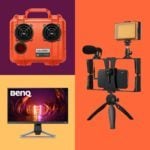 50 Cool Tech Gifts You’ll Want to Keep for Yourself 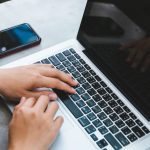 If You See This Post on Social Media, Ignore it! It’s a Scam