Can Cats Catch Colds? How to Spot the Symptoms

Cold and flu season can wreak havoc on the human immune systems, but our four-legged friends are also at risk of getting sick.

The pandemic has taken the winter season, already fraught with nerves about potentially getting sick, to a whole new level. But while you’re worrying about your own health and the health of the people around you, you might also wonder if your furry friend could come down with something. There are all sorts of signs your “healthy” cat is actually sick, but cats also be affected by human illnesses like the common cold? Find out if cats can get COVID-19, too.

Can cats get colds?

Yes, cats can catch colds and have similar symptoms as us humans. “Cat colds are usually diagnosed as an Upper Respiratory Infection (URI) and are usually caused by one or more viral and bacterial agents,” says Sakura Davis, a veterinary consultant at CatPet.Club.

If your cat falls ill, you might notice signs similar to those you see in humans who have colds, including sneezing and nasal discharge. You might also notice other symptoms such as swollen lymph nodes, conjunctivitis, ulcers in the mouth, discharge from eyes, and even anorexia, according to Davis. In addition to a respiratory virus, here are some other reasons for a cat not eating.

Unfortunately, URIs can be contagious between cats, so if you have another cat or if your cat regularly interacts with other cats, you should be especially careful about keeping them separate should one of your cats be exhibiting symptoms. “A URI…is spread through saliva, nasal, and eye discharge,” Davis says. “Cats can be infected if they share a litter box, toy, food bowl, or a kennel with an infected cat. They can also get infected by being boarded at a kennel sharing common air space with an infected cat.”

Can you catch a cold from your cat?

Or vice versa, for that matter? Fortunately, in the case of the latter, no—you can’t transmit a cold to your cat. “The viruses that usually cause the common cold in humans aren’t the same as the ones in cats and aren’t transmitted to them,” explains Michelle Lugones, DVM, veterinarian with Best Friends Animal Society. But in rare instances, a cat could transmit a respiratory infection to you. Specifically, “Bordetella bronchiseptica is a bacterium and one of the agents that causes what’s commonly called ‘Kennel Cough’ in dogs,” Lugones warns. “This bacterium can spread between cats and dogs…[and] if a cat has Bordetella bronchiseptica, it could transmit it to humans. But it’s rare,” she adds, “unless a person is immunocompromised.” Learn if dogs can catch colds, too. 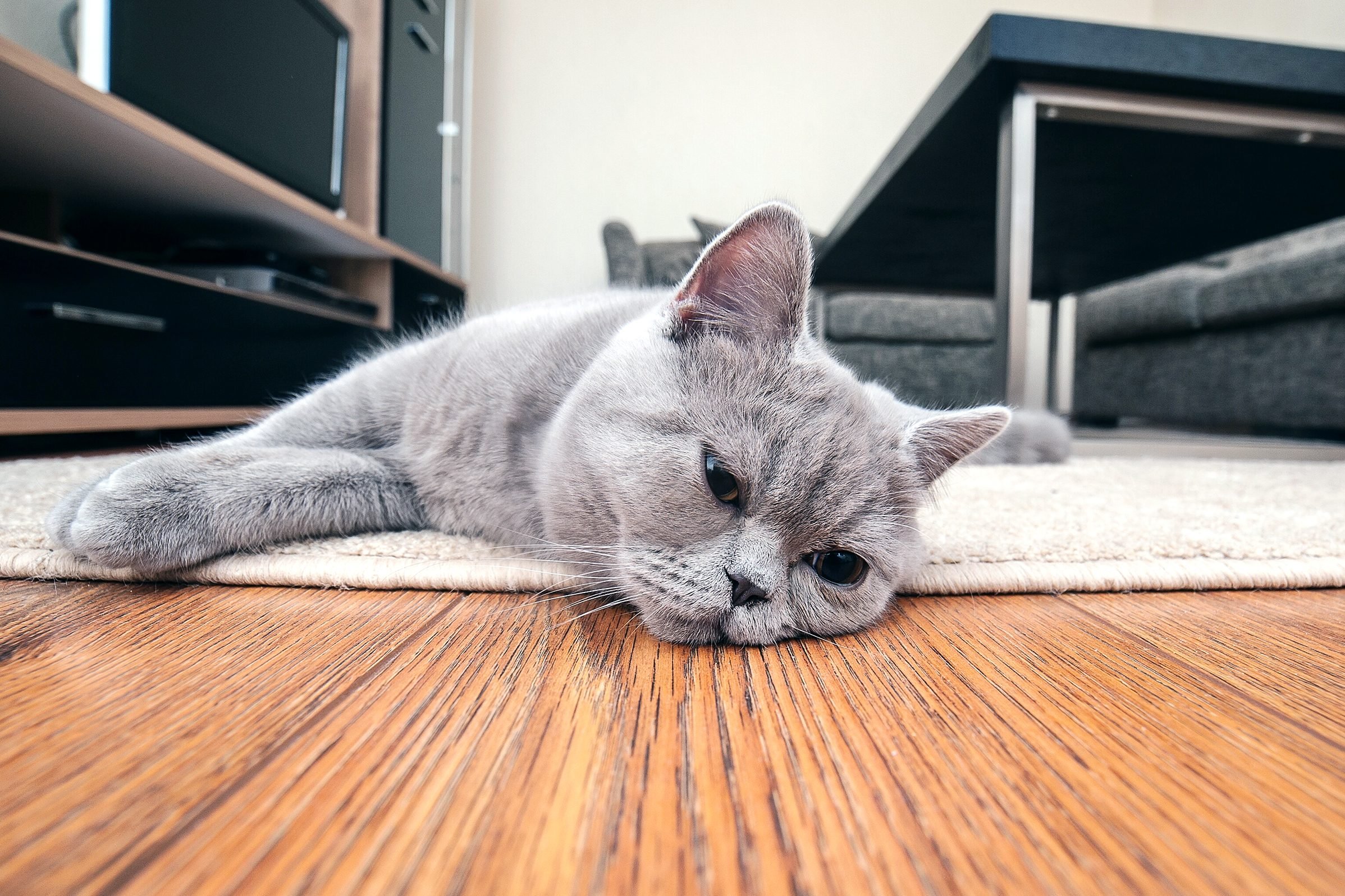 What should you do if your cat has a cold?

Colds in humans aren’t usually a major cause for concern, and the same is true for cats. “A URI in cats can last anywhere from a week to a month,” Davis says. “If the URI is not too severe, your cat will recover on their own.” But, she warns, if the symptoms seem to prolong or worsen, you should seek veterinary attention.

Slightly, yes. “They have more chances of being in contact with cats that have an URI,” Davis explains. But overall, there are stronger predictors of a cat’s susceptibility. “Indoor and outdoor cats have different lifestyle risks, but an individual cat’s unique situation is what makes her more susceptible to a cold,” Lugones says. “The strength of a cat’s immune system, level of stress, and environmental factors help determine if a cat will catch a cold.” Here’s how to tell if your cat is stressed or anxious.

How can you prevent your cat from getting a cold?

To keep Kitty extra safe from bacterial and viral infections, Davis suggests making sure he’s received the FVRCP (feline viral rhinotracheitis, calicivirus, and panleukopenia) vaccine. A healthy lifestyle also helps. Lugones believes the best way to secure your cat’s health is with a “nutritious diet, regular exercise, environmental enrichment such as scratching posts and perches, [and] working closely with your family veterinarian.” Next, find out the signs it’s time to take your cat to the vet.

Signs Your Cat Is Secretly Mad at You

Why Do Cats Sleep So Much?

Why Do Cats Lick You?

50 Cat Facts That Are Purr-fectly Fascinating