Cats' vision is not black and white. Here's the truth about whether cats can see color—and how their vision differs from ours in other ways.

We humans certainly know that there’s a lot going on in the lives of cats and dogs that differs from ours. We even have a specific term to describe how they age—and here’s what “cat years” and “dog years” really mean! And though we likely have a vague idea that our feline friends aren’t viewing the world exactly the way we are, we may have found ourselves wondering, “Can cats see color?” (And, of course, “Can dogs see color?” too.)

First of all, cats certainly don’t see the world in black and white. “Cats see in color, but they can’t distinguish between colors the same way humans do,” explains Michelle Lugones, DVM, a veterinarian with Best Friends Animal Society. This has to do with the biology of their eyes, specifically with the cone photopigments. These are pigments that form part of the eye’s photoreceptor cells, which serve the purpose of turning light into signals. Because “humans have three cone photopigments [and] cats only have two cone photopigments,” the way they see the nuances of color differs. 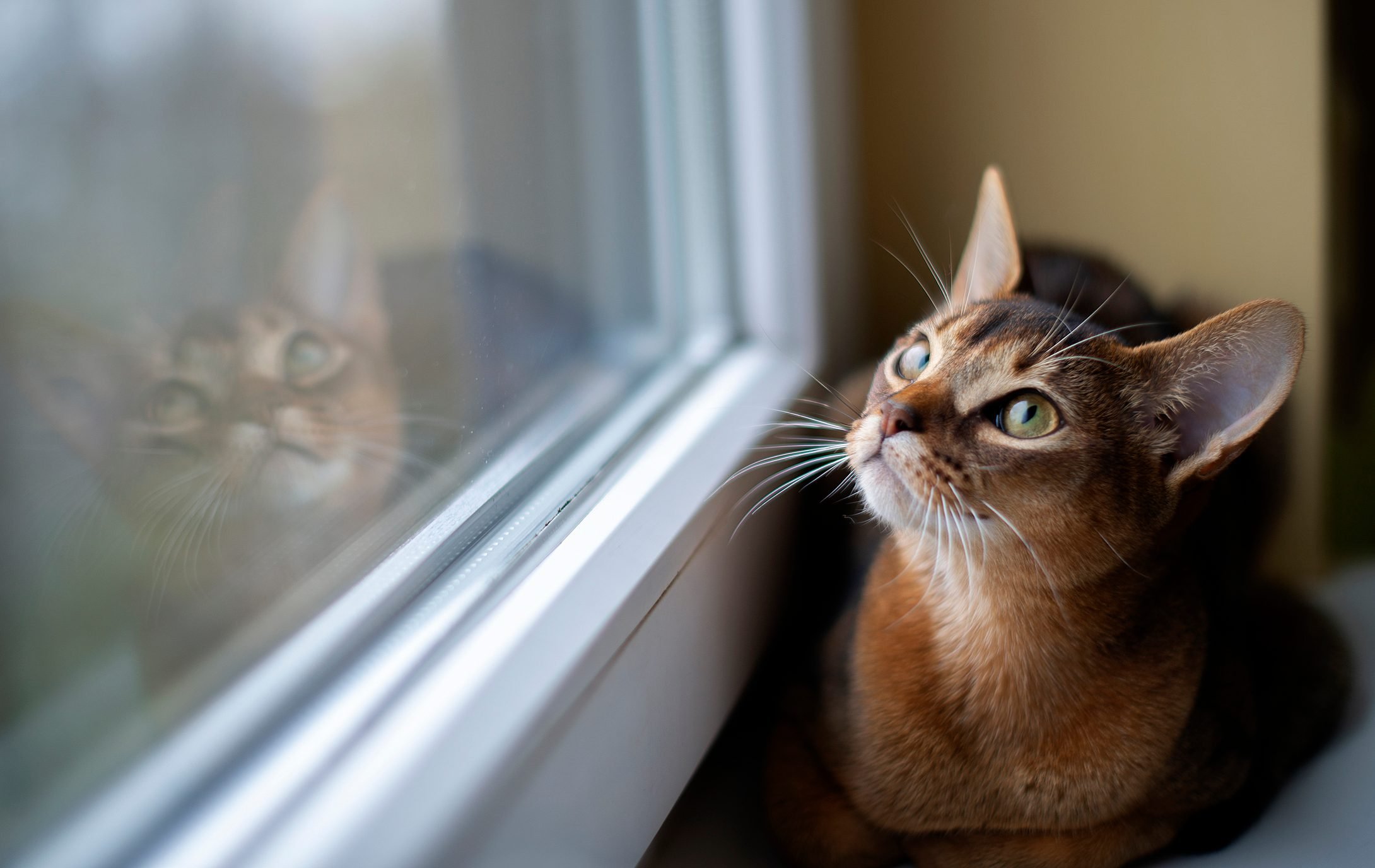 What colors can cats see?

The best way to describe it? “Their vision is similar to how color-blind people see,” Lugones explains. Primarily, “they can’t tell the difference between reds, greens, and yellows.” According to Business Insider, they can see muted colors, with blues, yellows/greens, and grays popping most prominently. Speaking of green, here’s the explanation for why cats are so scared of cucumbers.

Because cats can’t see all of the colors humans can, you might be inclined to think that their eyesight is “worse” than ours—but that’s not the case at all. What they lack in color distinction, they make up for in other areas. One area where cats out-see humans is depth perception, which aids their instinctual ability to hunt and track prey.

They have a better-known —specifically, night vision. “They can see much better in the dark than humans can because their eyes are designed to allow more light to reach their retinas,” says Dr. Lugones. After all, cats are crepuscular (not nocturnal, actually), which means that they’re most active during the dusk and dawn hours. Per Business Insider, they need a sixth as much light as humans do to see.  Here’s an even more thorough answer to the question “Can cats see in the dark?”

Next, find out 50 fun facts about cats you never knew.

“Facts” About Cats That Are False

What Your Cat Would Love to Tell You