Can Your Phone Replace Your Wallet?

Just this morning, Wired writer Christina Bonnington concluded a month-long experiment in which she replaced her wallet with two smartphones,

Just this morning, Wired writer Christina Bonnington concluded a month-long experiment in which she replaced her wallet with two smartphones, relying purely on apps to make payments for everything from groceries to cab rides.

As you’d expect, ditching the wallet led to some serious challenges. For example, Bonnington hit a snag with the coin-operated laundry and wound up washing her clothes by hand for the month. No wallet also meant no government-issued ID, so the writer had to get creative when getting through airport security. Since the Wired office is accessible via a wallet-housed keycard, she needed to call coworkers to get into work every day.

The experiment might sound crazy, and sure, it’s a bit gimmicky, but given the increasingly sophisticated role smartphones play in our daily lives, Bonnington’s reports are well worth reading. You’ll be surprised at how much she’s actually able to accomplish with an iPhone 5 and Samsung Galaxy Nexus at her side. And while she ultimately concludes that we’re not quite there yet, the “Walletless” series offers an interesting glimpse at our near future as technology like Square becomes ubiquitous. 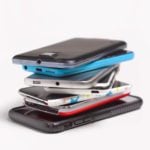 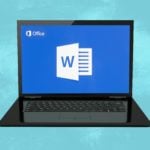