A drug-resistant fungus is making its way across the globe; doctors and scientists aren't sure how to stop it. 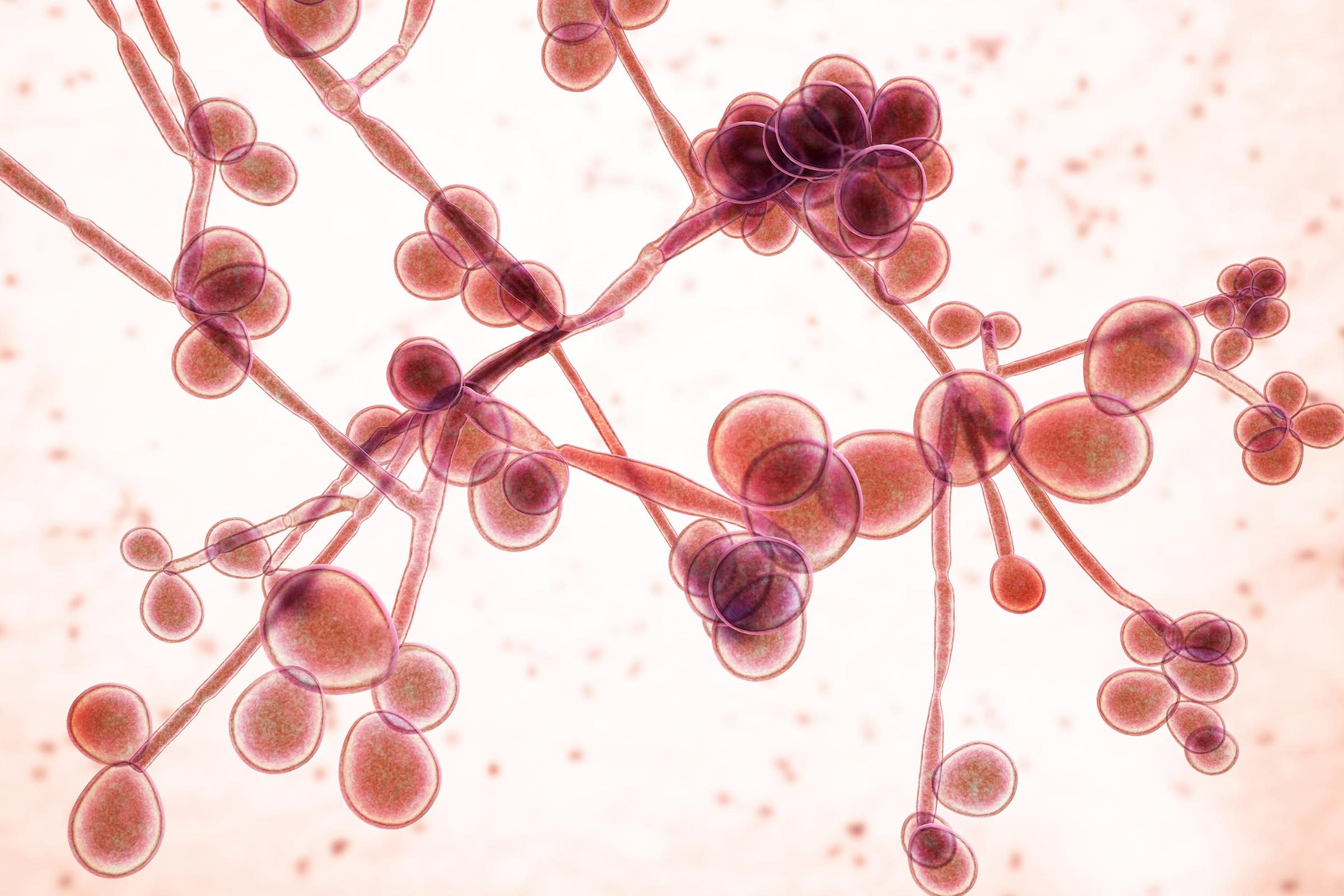 Over the last decade, a so-called superbug, Candida auris, has been spreading around the world and leading to a shocking number of deaths—as many as one in three people struck with the highly contagious C. auris might eventually die from it. The fungus has been named a global health crisis, according to the Centers for Disease Control (CDC), although no one’s sure where it came from. How concerned should Americans be about the threat of infection?

C. auris is a fungus, and four different problematic strains of it have been identified in 30 countries, reports Popular Science. The issue is that C. auris is resistant to some of the anti-fungal drugs that doctors use to wipe out similar infections, such as Candida albicans (the source of yeast infections). It’s also extremely contagious—spreading rapidly via skin-to-skin contact. Perhaps most frightening of all, it survives without a human host; the New York Times reported that after an infected man at Mount Sinai Hospital in New York passed away, C. auris was found “everywhere in his room, so invasive that the hospital needed special cleaning equipment and had to rip out some of the ceiling and floor tiles to eradicate it.” Read up on 10 dangerous superbugs you should know about.

People with compromised immune systems are at the greatest risk for contracting C. auris, which is why cases have been spreading mainly through the care facilities and hospitals. In some countries, according to the CDC’s chief of the Mycotic Diseases Branch Tom Chiller, MD, C. auris has gone from being completely unknown to causing 40 percent of invasive Candida infections in healthcare facilities—in just a few years. “We need to act now to prevent this from happening in the United States,” he says.

Where it is in the United States

As of March 29, 2019, the CDC reported 617 confirmed cases of C. auris in the United States. The majority of them have been found in the New York City area, New Jersey, and Chicago, with some also turning up in California, Texas, Virginia, Oklahoma, and Indiana; the count is likely to rise, however.

The symptoms are vague

C. auris is unlikely to affect healthy people; in patients who are immune compromised, the signs—fever and chills, for example—can be masked because the patient is already extremely ill, reports the CDC. Symptoms also vary depending on where the infection takes hold—it could target the bloodstream, a wound, or even the inner ear. This is why doctors need to do a laboratory test to confirm the presence of C. auris. Read up on more ways to stay safe in the hospital.

Why it’s so deadly

Just as the use of antibiotics in agriculture has led to drug-resistant strains of bacteria in humans, the use of fungicides on crops and in livestock may have encouraged the rise of C. auris. Some 90 percent of C. auris infections are resistant to at least one drug, and 30 percent are resistant to at least two drugs, according to the New York Times, which also reported that Connecticut’s deputy state epidemiologist, Lynn Sosa, MD, now considers C. auris a top threat. Dr. Chiller told Popular Science, “I think we should be concerned generally about the use of antifungals.”

Hospitals and healthcare facilities are taking extreme precautions to prevent the spread of C. auris. This starts with placing infected patients in single rooms that are cleaned daily with EPA-registered disinfectants. Infection experts advise visiting family members to wear gowns and gloves and to vigorously wash their hands and never touch these 10 things in hospitals.