The One Thing You’re Not Doing with Your Cast-Iron Skillet (Yet!)

When you're craving a rustic, golden pie that's flaky and delicious, reach for your trusty cast-iron skillet! 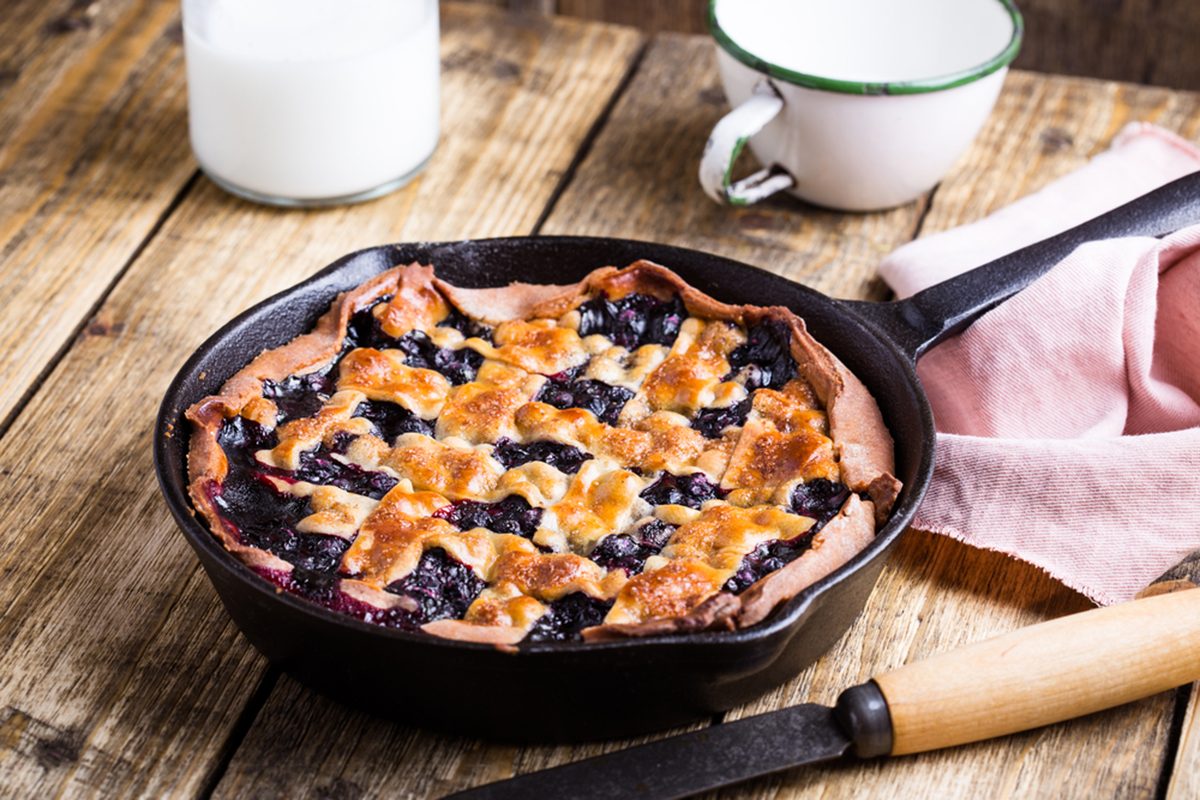 A cast-iron skillet is the ultimate kitchen multitasker. I reach for it when I’m craving fried chicken that crackles, toasty grilled sandwiches, and even cheesy deep-dish pizzas. But one of my favorite treats to make in cast iron is pie. It’s a surprisingly simple method that yields oh-so-delicious results. Here’s how to bake pie in a cast-iron skillet. Get Grandma’s best cast-iron skillet recipes here.

Why use cast iron for baking?

Cast iron is great for baking because it retains heat and conducts it evenly. Hot spots can occur with glass and ceramic pie plates, but cast iron will give you an even crust, no spots in sight! These are the foods you should always cook in a cast-iron skillet.

It’s also more fun to dig into a cast iron dessert. While classic pie pans are just over an inch deep, your skillet is at least two inches deep. There’s nothing more gratifying than diving in for a big wedge of pie—trust me, your guests will agree. Make sure you take proper care of your cast iron. Here’s how.

Pick a pie, any pie

Almost any pie can be converted to a skillet pie. A standard pie pan is a nine-inch round pan, so your best bet for skillet pie success is a nine-inch cast-iron skillet. A ten-inch skillet will also work—just make sure you have enough crust to cover the bottom and sides. Any larger and your bake times will be off, resulting in burnt crust or underdone filling. Check out these other kitchen products that people can’t stop buying, too.

Speaking of crust, I mentioned before that cast-iron skillets are deeper than a typical pie dish, meaning you’ll need more crust to cover the bottom and sides of the pie. When dividing your crust before rolling it, split it 70/30. Roll out about 70 percent of your crust for the bottom and place it in the skillet, making sure that the crust comes up about three-quarters up the sides. Then, cut off any excess and combine that with the remaining 30 percent for your top crust. The final crust adjustment comes when placing the top over the filling. To avoid burning, make sure all of the crust stays inside the skillet, including any fancy pie crust designs.

Best on the bottom

When it comes to baking, place your skillet on the very bottom rack of the oven. Being closer to the heat source allows the cast iron to absorb it easily and bake your pie beautifully. Bake times and temperatures will remain the same as the original recipe, but make sure to check on your pie and pull it out when the top crust is golden brown. Serve the pie in the skillet on a pretty trivet for a beautiful, rustic dessert. I’m getting major Joanna Gaines vibes!

Mandy Naglich
Mandy is a food and beverage writer with bylines at WNYC, Munchies, Mic and October. She's a Certified Cicerone and award-winning homebrewer living, writing and cooking in New York City. 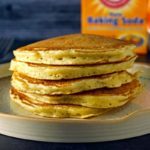 ​How to Make Pancakes with What You Have on Hand 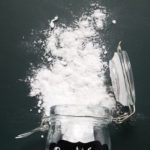 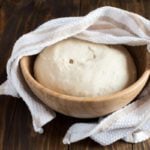 Why Does Bread Dough Rise?