CBD Worked Better Than Antidepressants to Calm My Dog’s Anxiety

It’s not a miracle cure for a dog’s anxiety, but it sure feels like it sometimes.

We’ve been using CBD for our dogs, on and off, for about three years. There’s Axel, who just turned six, and Otter, who’s about to turn four. Axel’s the reason we decided to try CBD (cannabidiol). We adopted him when he was about a year old. For the first two or three months, everything was fine, but when he started jumping up on the table and snitching food, we decided to get a dog trainer…which ended up revealing more problems.

The first incident happened when the trainer walked into our apartment without knocking—Axel went at him without warning. He jumped up and actually bit the trainer. It wasn’t a bad bite or anything, but he ripped his jacket. At first, we were shocked because it had never happened before. He was always so sweet. We were sort of in denial, figuring it was an isolated event because the trainer had come into the house unannounced. We thought we could handle it. But as time went on, we realized it wasn’t an isolated incident. It happened more and more after that. He would nip, growl, and shake when he was around strangers. One time, a guy walked past us and Axel lunged at him. It became a lot harder to deal with than we’d initially anticipated, and it caused us a lot of anxiety and strain. Even though we understood that there are many reasons for anxiety in dogs, we actually had conversations about what our threshold would be—at what point would this be too dangerous?

We began looking for solutions

We ended up taking Axel to a behavioral specialist. We tried to do click training, and we tried to exercise him as much as possible, taking him out on bike rides and long walks. It didn’t help. We finally turned to our vet. Because Alex had a mixture of anxiety and a protective instinct, the vet prescribed the antidepressant Prozac (fluoxetine). (This SSRI has been FDA approved for anxiety in dogs. As in people, it increases the levels of the “feel-good” neurotransmitter serotonin.) We started him on 20 mg, but since we didn’t see any results, we went up to 30 mg. The dog was on a higher dose of Prozac than I was! Since we didn’t feel it was really helping much, we ended up taking him off it when we moved to a house out of the city. What was the point of continuing if it wasn’t doing anything?

Learn how CBD may help calm your pet’s anxiety, manage pain, and more with expert advice inside our all-new book, The Essential Guide to CBD.

We decided to try something new

There was less stimulation for Axel once we moved. We have a big back yard now. We don’t have a lot of neighbors, and people aren’t walking in front of the house all the time, which made him crazy. Still, he’s always at attention, his ears are always up, and he’s always watching what’s going on. A friend of mine in New York told me about a store near her that sold CBD products for animals. I stopped in, and they explained some of their products and how to use them. (Unlike marijuana, CBD won’t get you high, and similar to Prozac, it affects the body’s serotonin system; the body also has unique CBD receptors that work on anxiety. Though made from one variety of cannabis plant, CBD mostly lacks the psychoactive component THC. Still, there are some things you should know about CBD before trying it.)

CBD to the rescue

That’s when we started with CBD treats. We selected the treats because they offered quicker results. They were more as-needed, rather than having to build up in the system like the oil. We used them sparingly because it was more difficult for us to get them back then. The effect was subtle at first, but then I noticed they were really working. Unfortunately, it was too difficult to drive back and forth to get the treats in New York, so we stopped getting them. Then, about a year ago, I went to a local pet expo, and there was a vendor from Your CBD Store, the largest hemp retailer in the United States. They had treats and oils for dogs, and I bought some of each. (It’s important to do your research since veterinarians aren’t legally allowed to recommend CBD for pets, as there have been no formal studies.)

Treats offered better results for us 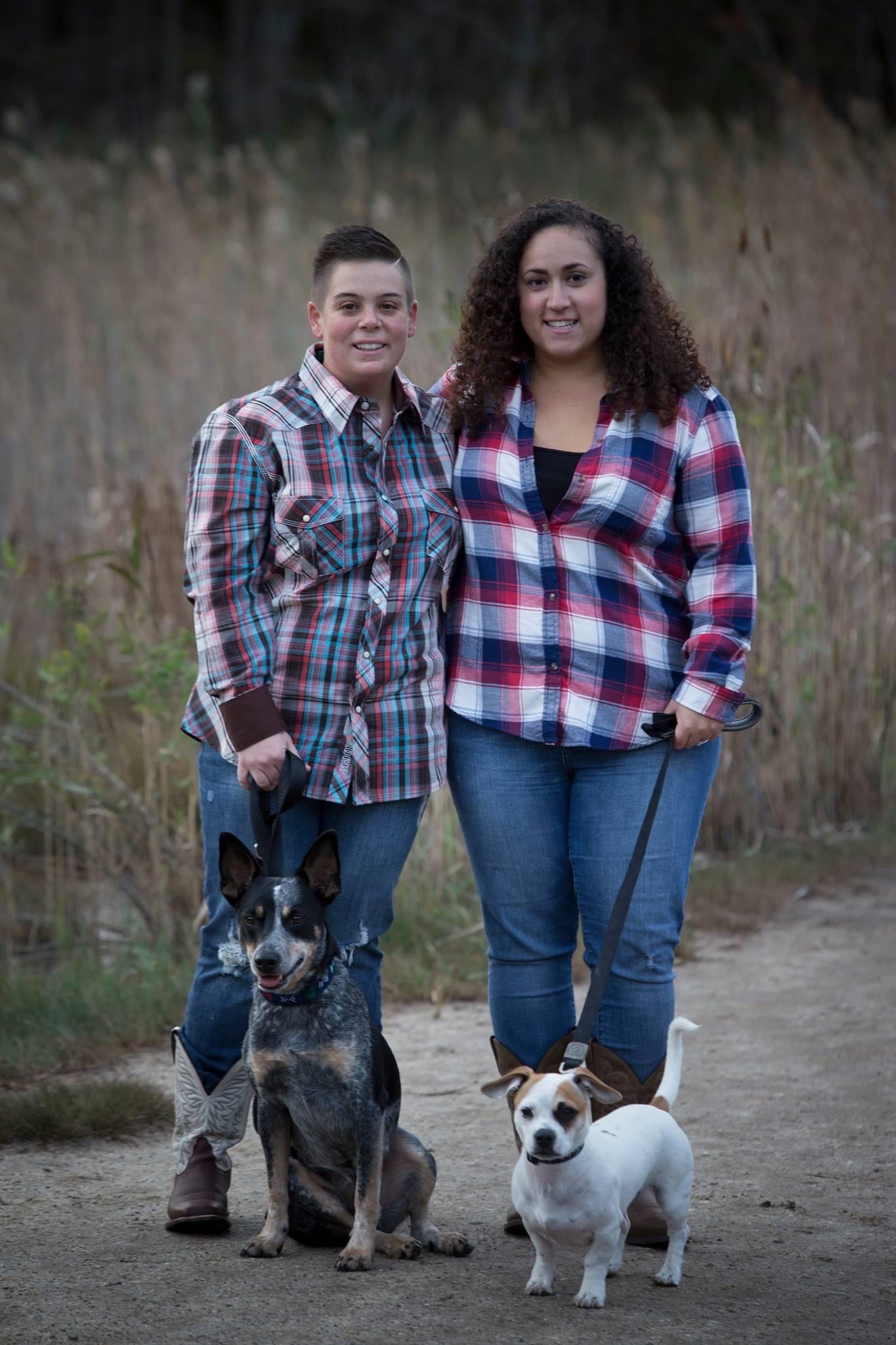 Ken Hild Photography/Courtesy Kristina KingWith the oil alone, we didn’t see a big difference in Axel’s behavior. We gave him the oil with each meal, and we ended up going from half a dropper to a full dropper—it still didn’t really help. The only time we saw a significant change was with the treats. Whenever guests come over, we have him greet them in the front yard because people walking through the front door is very triggering for him. We also have a plastic basket muzzle on him at all times. Before CBD, he’d usually be OK after the introduction outside, but he was always busy rubbing his face on everyone trying to get the muzzle off and still seemed very wary of the guests.

But with the treats, he is very relaxed. Once you get past the coming-through-the-front-door situation, he’s much more chill. He will just lay with us or our guests and cuddle. He’s so sweet with us and our family. We still keep the basket muzzle on him when guests are over because we don’t want to chance that he will nip or bite someone. Though the CBD has been a great addition, I don’t think we’ll ever get to the point of letting him go without the muzzle with anyone outside the family. It’s just an extra tool in the box of tricks to help manage his anxiety and help him be around people.

An added bonus for our second dog

We also started giving the treats to our other dog, Otter, to help with his motion sickness. His car anxiety makes him nauseous. The treats make him more relaxed in the car so he can sleep, and then he doesn’t get sick. It used to be that he would start drooling in the car on short rides, and now he just does better. Overall, he’s gotten more comfortable because the longer car rides aren’t as bad as they used to be. CBD has helped us a lot, even though it hasn’t cured our dogs’ issues.

Though there’s no scientific dosage information for dogs, there are potential side effects for humans such as dry mouth and drowsiness. Consider discussing CBD use with your pet’s veterinarian before trying it, especially if your dog takes other medication. Be sure to follow dosage recommendations on the products, starting with the minimum recommended amount, and monitor how your pet reacts, gradually increasing as needed. And go for quality. Choose an organic product that’s transparent with its ingredients list, including how much CBD is in the product. Third-party testing results can tell you how much CBD your pet is actually taking, and one analysis showed that while some online products contained less CBD than advertised, others contained much more. That means you should avoid CBD products sold at your local gas station—just one of the warning signs that a CBD product is fake. Whether you can buy the products legally depends on state laws and regulations, so check into those before you buy.

Why Do Dogs Freak Out During Thunderstorms?

Now Trending
If You See a Dog with a Red Collar, This Is What It Means

Why Is My Dog Shaking? 8 Possible Reasons