Though she be but little, she is fierce! 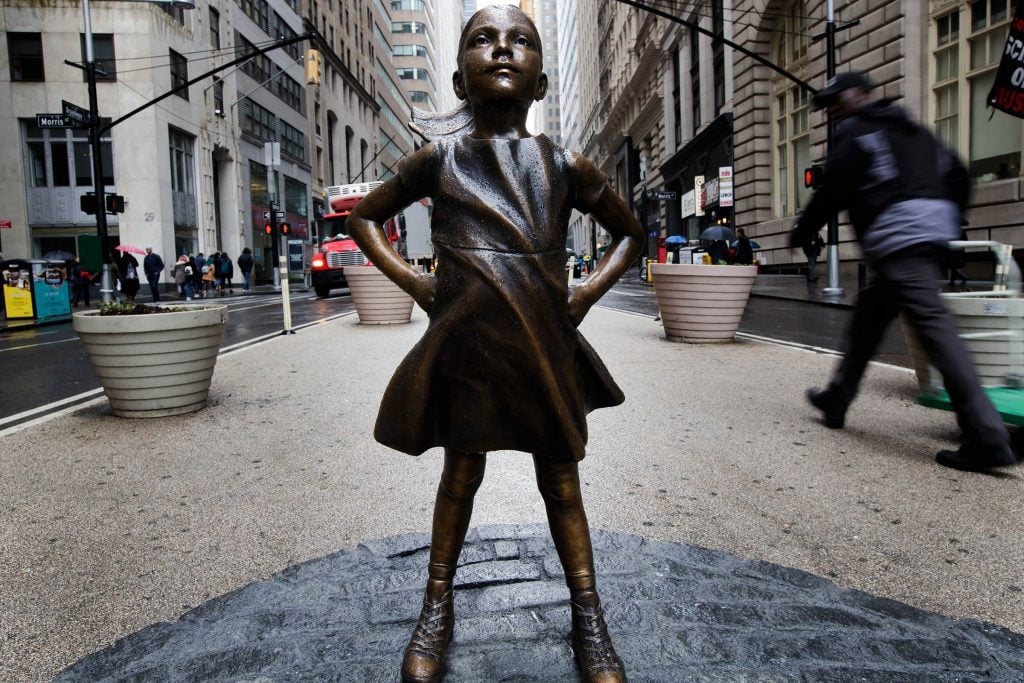 JUSTIN LANE/EPA/REX/ShutterstockIn the wee morning hours of International Women’s Day, New York City met its newest face of courage: “The Fearless Girl,” a bronze statue of a girl who appears to be staring down Wall Street’s iconic bull.

“Know the power of women in leadership. SHE makes a difference,” reads a plaque at her feet. 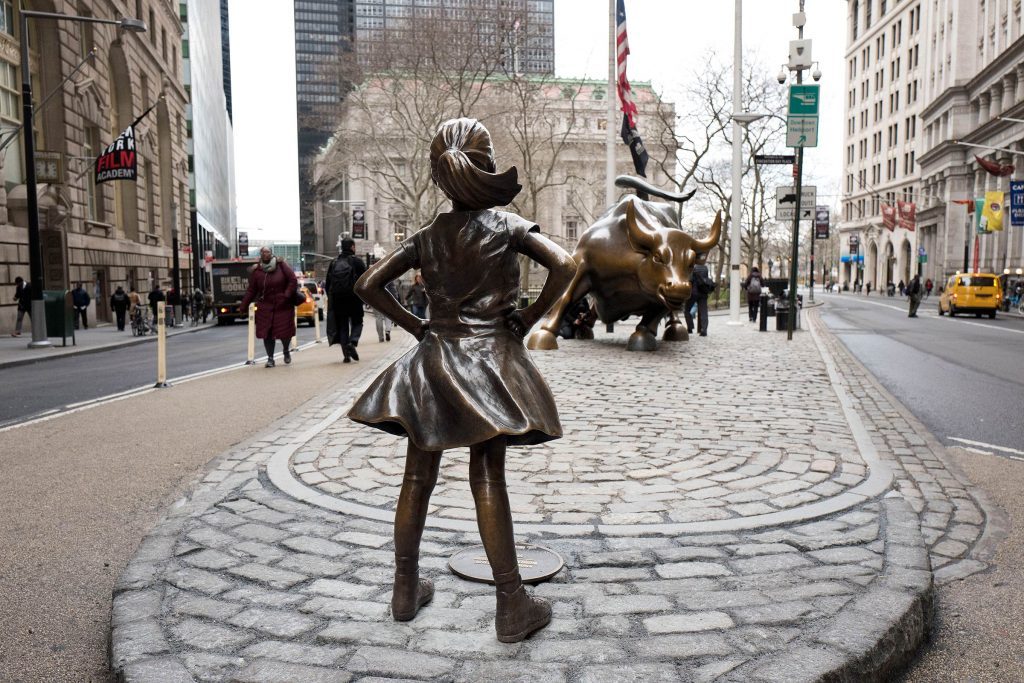 AP/REX/ShutterstockThe piece, by artist Kristen Visbal, was installed by McCann New York and client State Street Global Advisors, and is meant to bring attention to gender inequality on Wall Street. According to the firm, a quarter of the nation’s largest companies have no women on their boards.

“A key contributor to effective independent board leadership is diversity of thought, which requires directors with different skills, backgrounds and expertise,” SSGA’s president Ron O’Hanley said in a statement. In addition to the statue, the firm is sending a letter to the 3,500 companies it works with, advocating they add more women to their boards. Want a starting point in the stock market? Check out the basics of investing. 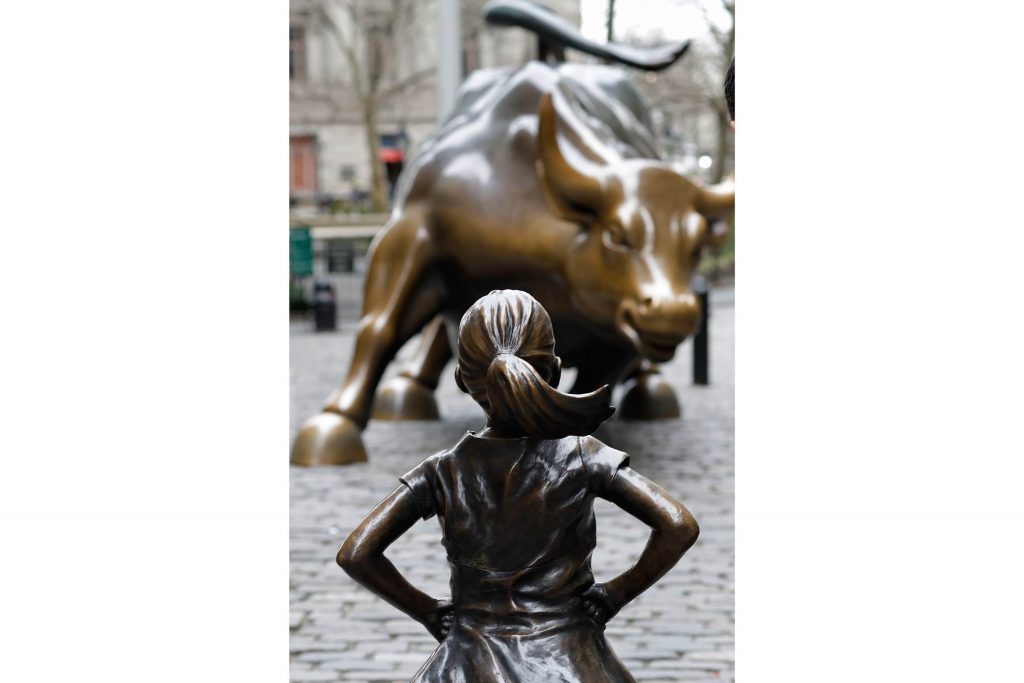 AP/REX/ShutterstockThe two-and-a-half ton charging bull has been a permanent fixture on Wall Street since December 1989, when guerrilla artist Arturo di Modica left it as an early Christmas gift representing the “strength and power of the American people.”

And while the animal’s tiny new opponent is only temporary, AdWeek reports she’ll keep her post for at least a week. But McCann is working to keep the inspiring statue up for longer.

UPDATE 3/28: During a recent news conference, Mayor Bill de Blasio confirmed that the Fearless Girl statue is staying put (for now). The headline-making sculpture will remain on Wall Street until next International Women’s Day, on March 8, 2018.